Attacks And Transitions From The BJJ Butterfly Guard 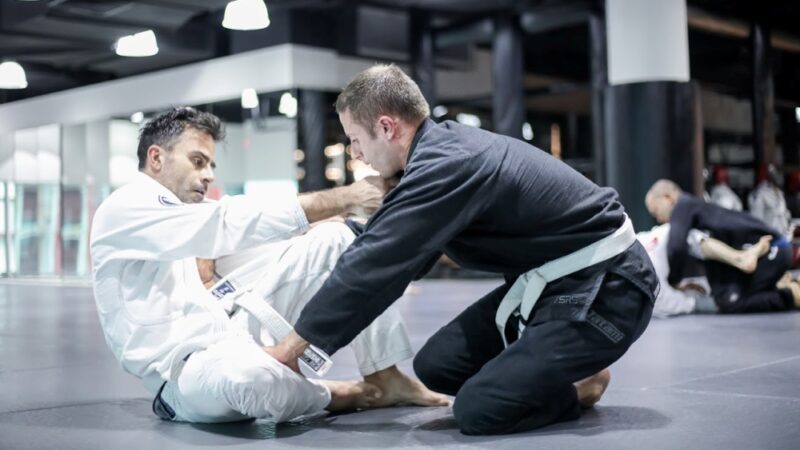 The butterfly guard is one of the simplest, yet most effective open guard in BJJ. It can be used against opponents of any size as it utilizes the strongest part of our body-the legs, to pull, lift, and off-balance the opponent. Up to date, the butterfly guard is regarded as one of the most effective guards, considering how you can effortlessly lift and sweep heavier opponents above you while in a supinated position.

It starts off in a seated open guard position, and as you approach your opponent or vice-versa, it opens up the possibility of applying hooks along with other upper body control techniques. These hooks can be partnered with various grips which helps take control of your opponent’s upper body; hence, making it easier to pull your opponent closer to you.

Alternatively, the hooks can be used with upper-body grips to unbalance your opponent, causing them to stumble. This is in the BJJ context is known as Kuzushi. Hand fighting plays a significant role in the butterfly guard. The connection of the grips with the upper body of the opponent, along with butterfly hooks, are fundamental things to consider. It is also important to keep in mind the utilization of hooks to actively push and pull your opponents, setting up attacks and making it easier to unbalance them.

Recently the butterfly guard has gained widespread popularity due to the utilization of leg locks in the modern meta. It can be used to transition from a single leg x-guard to attack the legs. Performing it offensively in a seated position allows you to shoot for takedowns to gain top control. Although, the famous Gordon Ryan utilizes the supine butterfly guard to set up his sumi gaeshi shoulder crunch to sweep his opponents.  Famous BJJ athletes such as Marcelo Garcia and Gordon Ryan are also known for utilizing this technique.

Gordon Ryan used the shoulder crunch sumi gaeshi sweep to gain top control in his match against the BJJ legend Marcus Almeida in ADCC 2019. He sets up his shoulder crunch sumi gaeshi sweep from the butterfly guard by first applying the hooks to pull his opponents with an arm-drag that falls to the opposite side. It puts Gordon in a supinated position after pulling the opponent with the arm-drag and hook, which he emphasized.

Marcelo Garcia was famous for his dominant performance in submission grappling in the early 2000s up to 2010, particularly with his utilization of the butterfly guard. In the video, Marcelo displays two techniques with the butterfly guard. The first is a basic butterfly sweep and the second is a guillotine choke.

Marcelo performs the basic butterfly sweep with one hand grabbing the neck of his opponent (collar tie), and the other controlling the triceps. He then lands to the side of his body while kicking with his butterfly hook to sweep the opponent, landing on top half guard, dropping his body weight to maintain the established position.

The guillotine choke is used when an opponent bases his arms and drops his hips, preventing the sweep. Marcelo instructs to snap the neck down to climb on top and apply the guillotine. He then finished the guillotine by transitioning the butterfly hooks to half guard.