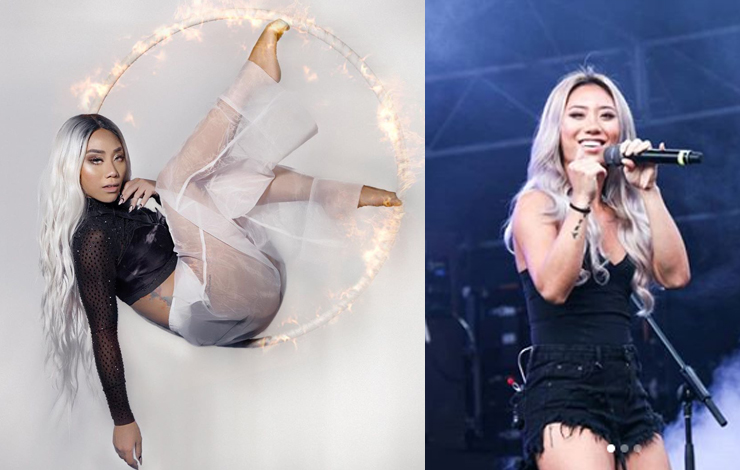 Asian Popstar Sandra Riley is one half of a popular Singaporean duo called The Sam Willows.

She’s recently talked a great deal about going solo in her career and how jiu jitsu has helped empower her on what comes next in her career. She told bandwagon.asia:

Does going solo intimidate you?

Hell yeah! [laughs] That’s always the scary thing. When I was growing up, I was very used to playing group sports as well, and then I picked up Brazilian jiu-jitsu. That’s kind of the same feeling I have now because when you do BJJ, you’re literally on your own and when you step onto the mat, in competition mode, you have no one else to save you and everything is on your own. Same as performing on your own as well. I have so much respect for solo artists because it’s not easy.

welcome to the new era

Maybe it’s also because I’ve been so spoilt with having three other people beside me so, if ever I mess up, they’ll be there to cover me. But when you’re on your own, all eyes are on you and it’s quite nerve-wracking, to be honest, but that’s also what’s really exciting. It’s something new, and something I have been toying about with in my mind for a very long time, so I’m quite excited that it’s happening. It’s not going to be easy, but nothing ever worth doing is going to be easy.

On a more fundamental emotional level, how does your involvement in sports and training help you in terms of navigating your craft?

I think if anything, it helps me mentally. You’d be surprised; you’d think it would be a physical thing, with all the cardio and such. But a lot of things I’ve learnt through BJJ or even through yoga, remind me that it’s all in the mind. Your mind, your body and your breathing, they are all connected as one. So when you can control one, you can of have the rest follow suit.

There’s no inclination as to how long she’s done jiu jitsu or even at which gym. Still, undeniably jiu jitsu has had a big impact on this young lady’s career and life.