Are You A BJJ Kids Coach? Here’s How To Be A Great One 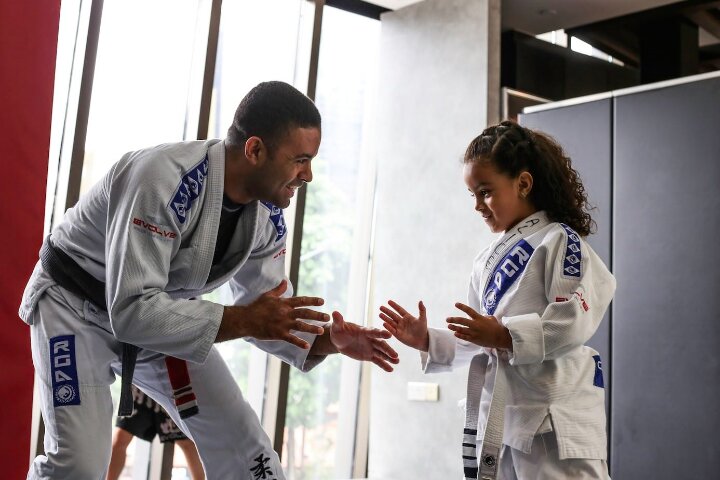 So you just got „promoted“ into a kids coach at your BJJ academy? Congratulations! Being a kids coach is no easy business, it will get REALLY challenging at times… But it’s a very rewarding job as well! Seeing those kids fall in love with Jiu Jitsu, seeing them improve – there’s not a lot of feelings quite like that.
Here’s a short guide to being a great one.

YOUR ROLE IS MUCH GREATER THAN JUST BEING A COACH

Before anything else, realize that you aren’t „just“ a coach to these kids… You’re someone who they (should) look up to.
Sure, you need to teach them Jiu Jitsu, that’s the „job description“ you have. But what’s greater is that you have a chance to positively influence the lives of these kids.

Be attentive, ask how they feel. You’re someone they should feel free to talk to if they aren’t feeling good or confident about themselves… If they’re having trouble at school or at home. Through you, they’ll realize that BJJ isn’t just a sport, but a place with wonderful people as well. Ones who’ll listen and support them.
Make sure that they’re happy on the mats. Let their faces shine with wide smiles while training.

TAKE CARE OF THEIR SAFETY

Naturally, the first thing that you have to make sure before starting the kids class is: are the kids safe? This means that the environment is safe. Are there any objects around you with sharp edges? Any hard objects which are too close to the mats? Kids don’t have the same coordination as adults, so what may be „impossible“ for an adult to dive head into first is far from impossible for a child.
This also means that the training session has to be safe as well. Make sure to triple-check the activities, the movements and the techniques you want the kids to do. They have to be adequate for their age and development, as well as devoid from risks as much as possible.

Kids don’t have the same attention span as adults do, and they won’t just sit calmly and watch you explain a technique for 10 minutes straight. They want it to be fun! They want to roll, laugh and play games with their new friends… So make sure that they do! Techniques can be taught later on; make sure that Jiu Jitsu is fun first.

SOME KIDS (AND PARENTS) WILL MISBEHAVE…

… Be ready for that. There’s always at least one troublemaker in the group, and you’ll have to know how to deal with him. Don’t stress out too much because, yeah, you won’t know how to do it at first. So, be sure that you don’t lose your nerves. Be calm, talk to the kid, and make sure that he sees that the other kids – who are behaving nicely – are getting some treats that he isn’t.
Then, after this „monkey see, monkey do“ approach starts paying off and after you come to understand how the kid „works“, you’ll be able to calm him down.

But also keep in mind that some parents, too, will misbehave. They may yell at their kids from the bench (make sure that the parents can watch their kids for the first couple of training sessions), they may be rude to you, or similar… You need to talk with them calmly and explain why this behavior is inappropriate.
Conduct yourself respectfully. Being in front of the kids and on the mats is not the place where you want to argue. If that fails, you can always call your Professor for backup and advice.