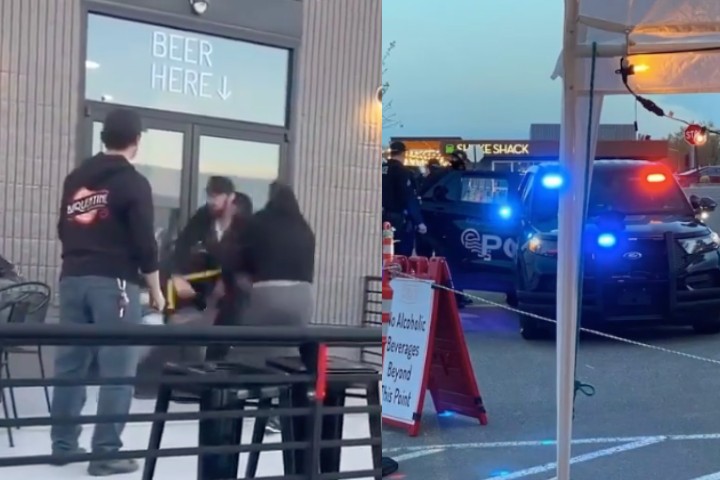 Alcohol has the potential to both increase and decrease aggression, depending on where’s one’s attention is focused.

Professor McMurran, a psychologist at the University of Nottingham stated:

“Alcohol reduces our ability to think straight. It narrows our focus of attention and gives us tunnel vision. If someone provokes us while we’re drunk, we don’t take other factors into account, such as the consequences of rising to the bait. This can lead to violent reactions from people who would usually shrug things off. When we’re drunk, this warning system doesn’t work and this can put us in dangerous or confrontational situations.”

With an aggressive drunk person that assaults you, there is no other way than to control and neutralize them.

Like a grown man playing with a child, UFC legend Matt Serra subduing a drunk & aggressive person without harming them.

In Denver last night, jiu jitsu black belt Ismael (@geojitsugypsy) was just relaxing with a training partner (@theprimarywitness), trying to have a beer at a local bar when an angry drunk guy tried to throw a punch at them.

So Ismael shuffles out of harms way, intercepts the drunk guy’s hand/wrist, takes him down, then holds him in N/S while waiting for law enforcement to show up.