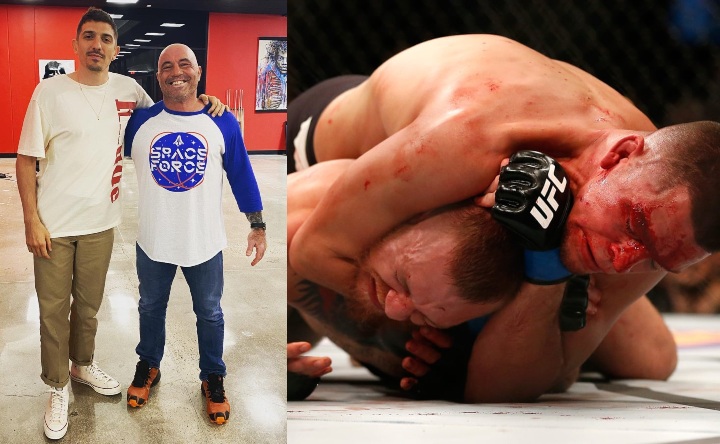 Apparently Comedian Andrew Schultz is a bjj doubter. One recent Twitter post of his revealed he BJJ to be useless in MMA:

I’ve never done jiu jitsu. So yes you prolly would.

But JIU JITSU IS USELESS in high level MMA. https://t.co/IizMwezp6b

So who is Andrew Schulz you may ask and is he well positioned to say such a thing?

He is an American stand-up comedian, actor, television producer and podcaster. In addition to his stand-up, he is known for his work on MTV2’s Guy Code.

Although Schulz is not a fighter and doesn’t even train any martial arts, he is not the the only person to believe that. UFC fighter Alexandr Volkov said:

“Jiu-jitsu has a really long and rich history in MMA, but compared to the past, jiu-jitsu is not as important as it used to be. Less and less people who are only good at jiu-jitsu become UFC champions,” he said.

A post shared by Jiu Jitsu Saved My Life (@jiu_jitsu_saved_my_life)

Although Jiu-Jitsu seems to be getting less effective in MMA, it is probably because everybody who now trains MMA has learned some Jiu-Jitsu… We still have countless submissions in MMA at the highest level. So Jiu-Jitsu is here to stay.