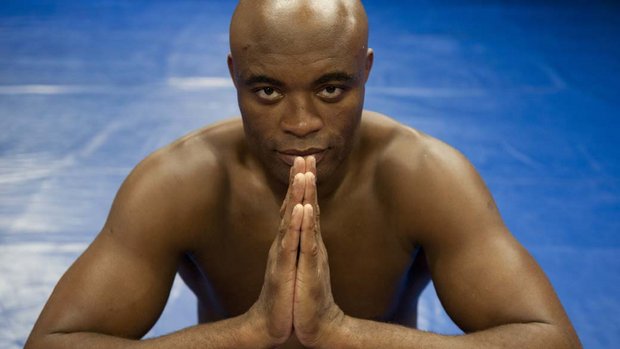 Considered by many the best MMA fighter of all time, Anderson Silva has his fair share of hardships growing up in Brazil.

In an interview with Brazil’s Trip magazine, Anderson talked about many subjects ranging from racism, homosexuality in MMA, his dancing skills and much more:

On whether racism is worse in Brazil or the United States:

Racism is bad anywhere on the planet. It exists the United States as well, even more than in Brazil. I never had a problem with racism in Los Angeles. I think things are changing, people are learning that everyone is equal before God, independent of their color, their race. I tend to say that conflict is inevitable in man, that color is just an excuse to unleash that madness, that lack of respect people have for one another. I’m very well set on this racism thing. We’re living in a moment in which racism does not fit in the world.

On starting martial arts as a young, poor  black man:

My aunt and my uncle taught me to go into and come out of places with my head held high. At every academy I frequented, I was always well received for having the discipline and education that I acquired at home. When I started training tae kwon do, there were a lot of Koreans and whites in the academy, I was maybe the only black person. I cleaned the academy and trained for free. I never suffered any prejudice within the academy. I was always well-received, I was always respected. I have great friends that I made in the academies, to this day. In the sport environment, you have to learn to deal with different opinions, different races, and different classes. Everyone is the same. 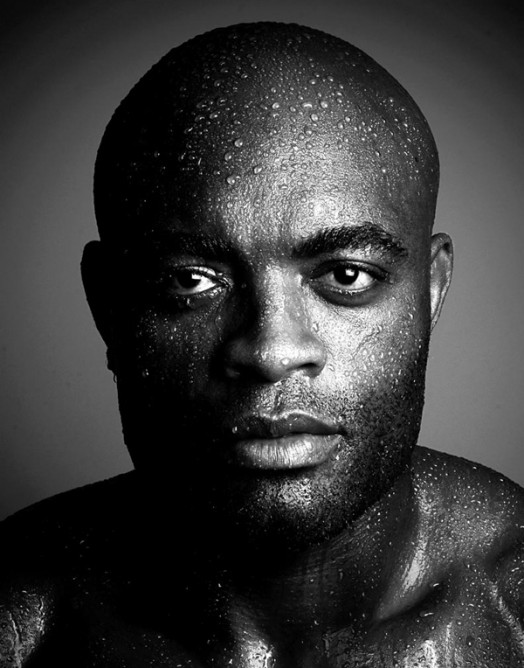 On growing up with police brutality:

There were several times. I was coming back from training with friends, I went for a stroll at the mall, and I was at the bus stop, in shorts and sandals, with a backpack on. A police car stopped. An MP (military police) came out and approached me, asking me where I was coming from. I said that I was coming from the mall. “What do you mean the mall,” he asked. He could’ve done it to any other boy there, but he only did with me. I was the only black one there. I thought, “I’ll respond to whatever he needs and it’s all good.” He was a bit rude, but I didn’t pay it much attention.

My brothers had a Jackson 5 crew. And my friends and I would always watch them practice. Then we decided to start our own dance crew. We’d get together in garage at home, coming up with these choreographies. When there were parties, we’d go off dancing.

I have been a dancer. Not anymore.

Man, what a phase. At first I didn’t like it, no. It was punishment. No friend of mine did it. Me doing ballet? Hello? It wasn’t very cool. My friends would all go like, “ah, little girl, little lady.” And add that to my high-pitched voice—I was bullied a lot.

But I started to like ballet. And my aunt also put me in tap-dancing lessons. I’m thankful to her because it helped me a lot in fighting. Evander Holyfield practiced ballet. It’s got nothing to do with that, you know. If you want do ballet, you do ballet. You want to fence, you fence. You want to be gay, be gay, it’s all right. You respect people’s spaces, they respect yours, it’s all right.

On homosexuals in mixed martial arts:

I don’t think there’s prejudice, but there’s a lot of homosexuals in mixed martial arts. There are a lot of them who haven’t yet come out.

[If they were to come out,] nowadays it’s so silly to not express your feelings. As long as you respect people’s spaces, and respect their limits. You have to live your life in peace and no one has anything to do with that.

I would train with a gay man. As long as he respected me, it’s all right. I don’t think much of it. The fact that guy is gay doesn’t mean he’s going to accost you. He can be gay, have a relationship, live among guys who aren’t gay. he can do whatever he wants with his private life.

They tease me. Sometimes people think I’m gay. A lot of people have asked me if I’m gay. I answer, “Look, not to my knowledge. But I’m still young, it could be that in the future I’ll find out that I’m gay. I take good care of my things, I put everything in a bag, I use soap, I put on a cream after training. People think it’s capricious. To each his own. Doesn’t mean you’re more man or less man, more gay or less gay.