Anderson Silva: “No One But You Can Dictate The Rules Of Your Journey” 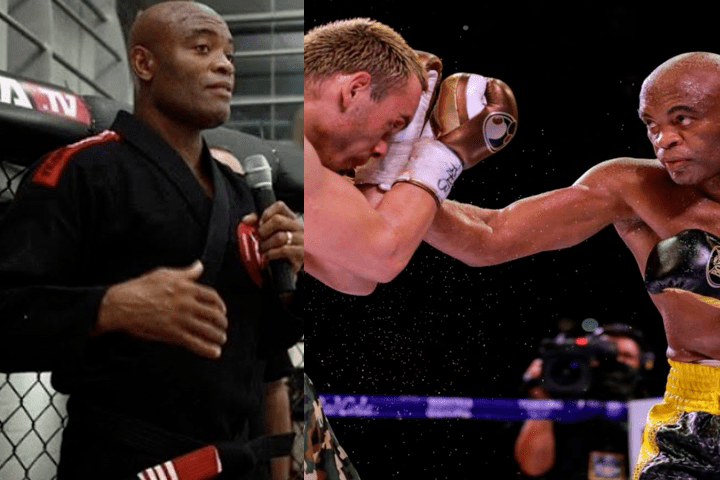 Anderson “The Spider” Silva – former UFC Middleweight champion and a future UFC Hall Of Famer – rocked the world of boxing and martial arts a couple of days ago. In the match against Cesar Chavez Jr., he was considered a big underdog, for Chavez Jr. has almost 60 boxing matches to his name; as opposed to Silva’s two matches.
However, Silva was already used to pulling off the impossible within the ring. He dominated throughout much of the bout, winning by decision in the end. It’s been a well-deserved win for the 46 year old Spider.

ANDERSON SILVA ISSUES AN INSPIRATIONAL MESSAGE TO HIS FANS

Following the match, Silva took to Instagram to deliver a heartwarming message to his fans, saying that: “No one but you can dictate the rules of your journey.”

I am grateful for all the opportunities that life has given me, all the difficulties I have gone through, and I have never stopped believing in my potential, I have always dedicated myself to the maximum, overcoming all obstacles, never letting myself be shot down by absolutely nothing.
I am immensely grateful to all who were part of my walk, to those who cheered in favor of my success and even those who played against, because each of them was a fundamental piece for me to get here.

Finally MY PEOPLE, this message is for you, my followers, be sure to believe, do the best with what you have at the moment, if it hurts 100% in everything you do, with your heart and with love. No one but you can dictate the rules of your journey!!!
Kiss, MY PEOPLE!!!! Success is the consequence of hard work, a lot of love and dedication!!!
(Translated from Portuguese)

A post shared by Anderson “The Spider” Silva (@spiderandersonsilva)