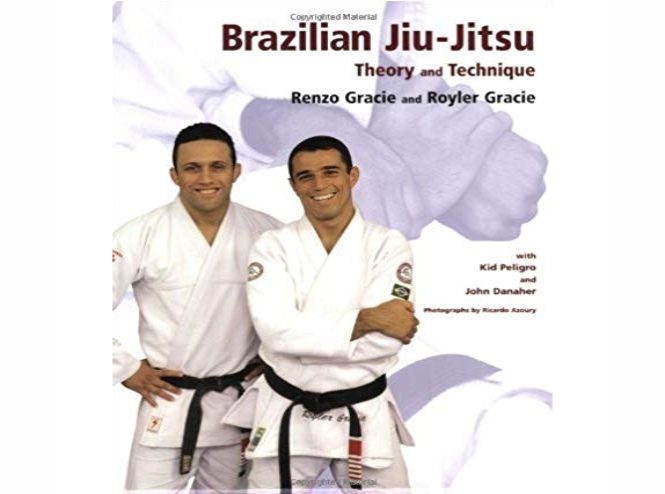 Brazilian Jiu Jitsu (BJJ) is a form of combat sports that has increasingly become a trend among Hollywood celebrities, and oil sheiks in the Middle East. Among many prominent coaches and masters, John Danaher has become one of the sport’s most influential minds in the public sphere. Author of BJJ books and holder of a master’s degree in philosophy, Danaher co-wrote in 2001 – “Brazilian Jiu Jitsu Theory and Technique” with Kid Peligro, Renzo and Royler Gracie. In this book, coach Danaher describes briefly the history of Brazilian Jiu Jitsu and the rise of modern martial arts. Danaher mentions that Jigoro Kano, founder of Kodokan Judo which BJJ derives from, had envisioned Judo to be a complete way of life with moral and social implications.

According to the book, Kano’s most important contribution was the creation of the training method that focused on sparring (randori). In the other hand, he argues that the contribution the Gracie family, founders of BJJ, had towards fighting was to “reject the moral and aesthetics demands in order to improve effectiveness” (Danaher, 2001). Although the historical content seems accurate and the techniques impeccably described, some of the philosophical assertions proposed by the book’s authors do very little effort to represent facts in their historical context.

In fact, I would like to argue that it was exactly the opposite the happened throughout the history of martial arts. Many ancient and modern martial arts historians such as Michael B. Poliakoff, and Yukimitsu Kano, have argued convincingly that it was during peacetime that there was most development in combat sports. This could be dated back to the axial age from 800-300 BCE more specifically during the Greek Olympics festivals. During this period Greece used athletic competition to promote cultural engagement, training for the idle soldiers as well as to elevate the social status of the competitors and their countries. Full scientific systems of non-resistance training to avoid injuries and develop muscle memory was already in place at this time. Not surprisingly, Greeks had already rational rules that allowed tapping to accept defeat, liability waivers in case of death, no eye gouging and finger twisting. Greek Olympics and the ancient scientific approach to sports such as wrestling, boxing and pankration came to an end after the rise of the Roman Empire and Catholicism that did not see the social value in these events. Virtually no development in combat sports were achieved after this period until modern Japan 1868- 1912 CE. After the fall of the Tokugawa shogunate military regime in 1868, and the rise of modern Japan along with the rebirth of the Greek Olympic Games in 1896, there was once again evolution in combat sports. These events helped Kano develop the rules that set the foundations of Olympic Judo and modern martial arts once more during peacetime.

When the teachings of the Kodokan school arrived in Brazil in 1914, the country was going through many social and political changes, yet it was a peaceful time until 1964 when the military regime took over Brazil. During the military period in Brazil street fights and underground prize fighting were emphatically prohibited thus all the fighting the Gracie’s did happened under the local boxing committee. As far as the Brazilian contribution to combat sports goes, many still hold the traditional view that the main contribution of the Gracie family to combat sports was the creation of the Jiu-Jitsu Federation of Guanabara in April 1967 which brought about the core rules that we still use today in modern BJJ.

The rules allowed the fight to continue even if both athletes were on ground with their backs flat against the floor. In the Japanese style that was an “ippon” or a perfect victory. This set of rules made the Brazilian style the closest combat sport to what a real fight would be. The culmination of years of fighting under this set of rules was the emerging of modern mixed martial arts through the UFC.

Although some historians like to give emphases on the bloody rivalry throughout the 1980`s between BJJ and catch-wrestling schools, this theory has been shown to be a result of a sociological dispute between poor and rich classes that have been going on for centuries in Brazil. All that combined with the death of the main Gracie fighter at the time, Rolls Gracie in 1982, and the rise of anarchist movements after the fall of the Military Regime in 1985, brought about years of barbarianism. This decade of rivalry did nothing but damaged the image of the sport and regressed the progression of organized fighting events in Brazil until 1994 when the first World Jiu Jitsu championship was officially held. To say that violence and lack of aesthetics and morals was what leveraged martial arts to new heights is to wrongly understand what the patriarchs did to the development of the sport throughout the years.

The conclusion of the book “Brazilian Jiu Jitsu Technique and Theory” on the reason why combat sports has developed seems to be built in an unhealthy fetishism of violence put together with events that lack in historical context.