An Inside Look At Grappling In US Army & Their Competitions 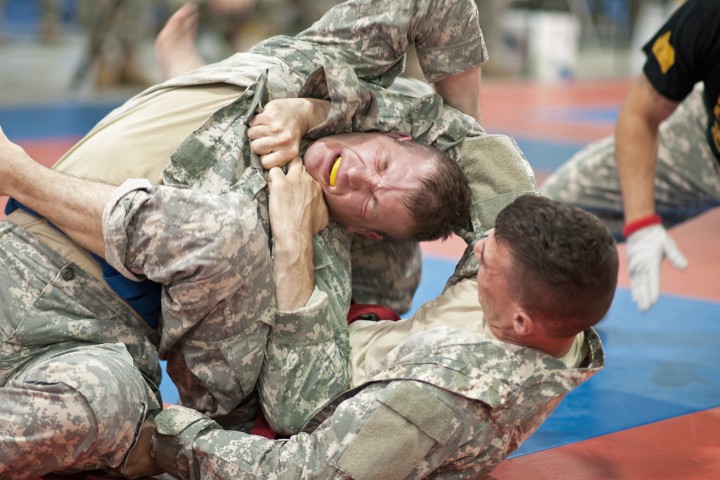 How much BJJ do you think American military personnel know?

There are 3 basic layers to the system laid out in the MACP (Modern Army Combatives Program):

We will be focusing on the third layer and how their ranking system (much like our belt system) is based and used for military competition.

There are four levels to the combatives course system:

There is a constant argument against competition by self defense practitioners in BJJ stating that the style becomes catered to rules and waters down BJJ. In order to avoid military personnel from catering to rule sets of competitions for MACP, Larsen set the competitions as such.

He created a system with “graduated rules combined with scenario based training so that soldiers train on all aspects of fighting.” There are four levels of competition.

BASIC – Grappling starts from the knees and no leg locks are allowed.

STANDARD – Competitors start from their feet. Straight leg and foot locks are allowed (sorry no heel hooks or twisting knees). Points are awarded in a scoring system based on collegiate wrestling takedowns and position from BJJ (mount, back, knee on belly etc).

Do you have any friends in the military with training and competing? What do you think about the MACP and their competitions? Let us know!