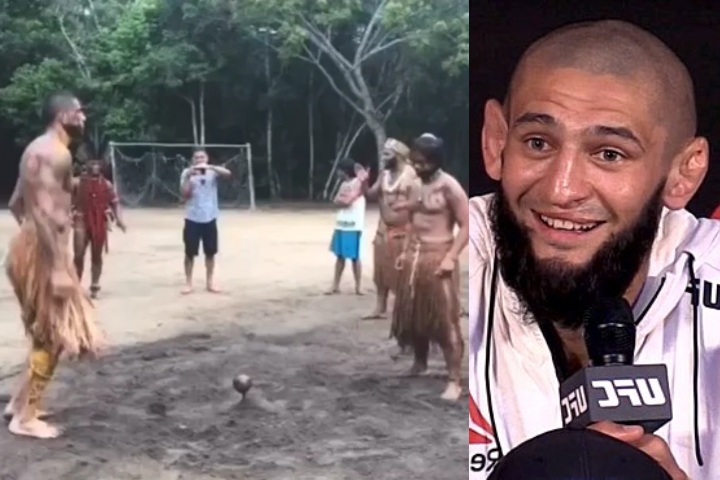 Newly crowned UFC middleweight champion Alex Pereira and contender Khamzat Chimaev have been engaged in a war of words in the last weeks.

Pereira issued a challenge to Chimaev by showing his wrestling skills in a indigenous wrestling match of Huka-Huka, and showing off his takedown defense along the way.

Huka-huka is a Brazilian folk wrestling style of the indigenous people of Xingu, in the state of Mato Grosso. It is performed as a ritual fight during the ceremony of Kuarup.
Huka-huka starts with the fighters on their knees. It begins when the owner of the fight, a male chief, walks to the center of the arena and calls his opponents by name. The fighters kneel rotating clockwise in a circle facing the opponent, until they look at each other and cling, trying to lift the opponent and knock him to the ground. The fight is performed by either men and women.

Huka huka is being introduced, experimentally, in the formation of São Paulo State Military Police. The fight is also being studied by mixed martial arts practitioners. Source: wiki.

Pereira wrote: “Chimaev trying to take me down.”

‘Borz’ shot back by saying, ‘This is your level’ along with a string of laughing emojis.

Huka Huka is a traditional ritual fight of brazilian indigenous people from Xingu. Here I’m about to fight Tacumã (native from Xingu). As their tradition, he painted us as jaguar before start the fight.