AJ Agazarm On Facing Paulo Miyao In The Final Of Brasileiros: “Miyao’s Strength Is His Mental Toughness…” 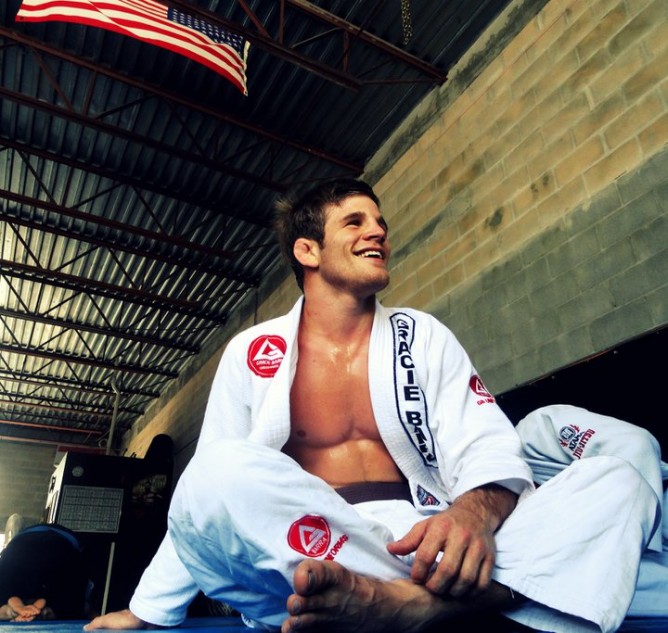 AJ Agazarm is one of the top brown belts from Gracie Barra. Many people first heard of him when he was featured on the BJJ kumite where he took third place. This year he has medalled at the Europeans and took gold at the Pan. Last weekend, he took second place at the Brasileiros in Sao Paulo, where he lost in the Final to Paulo Miyao. He told BJJ Pix about his experience fighting Miyao:

” The one thing that really stood out to me the most about this trip was my match with Paulo Miyao in the finals of the absolute…It would have been very easy for me to go out there pull guard and play a slow, methodical, chess match like game with Paulo, but clearly that wasn’t what happened. I know I made mistakes in the fight especially after watching the video, but my style of fighting is “Porradaria” (brawling) and sometimes this style is more susceptible to mistakes being made, but I didn’t have anything to lose. I had nothing to be cautious about. I was the American, in Brazil, in the finals of the brown belt absolute challenging a smaller opponent for the Brazilian National Absolute Title and that in itself was really cool for me.

But the strength of Miyao is incredible and I’m not talking about his grip strength, I’m referring to his mental toughness. That is what stood out most to me. I came firing out with a takedown very early in the match, and as opposed to being shook by it as most of my opponents do, Miyao answered right back with attacks of his own. Before I knew it, like a monkey, he was on my back fighting, I mean literally fighting, to strangle me. Paulo too embraced the “Porradaria” style of fighting in that match and to me I can appreciate that, because it not only gives me a battle to appreciate, but aides to the growth of the sport for more people to appreciate. So, my hat off to you Paulo. You are an amazing competitor and I look forward to seeing your future success in the sport and hope one day again we can battle “Porradaria” style.”