Advice On How To Find Sponsors And Be A BJJ “Pro” 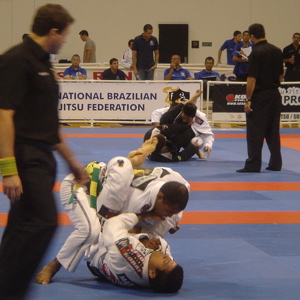 A professional athlete is somebody who makes a living training and competing in their sport. BJJ still being a young sport, the amount of “pro” BJJ players is little. Even world champion black belts may have a hard time finding funding and sponsors. Here are some tips for those who are struggling to find sponsors to fuel their drive to compete:

Find the best possible academy within your limits

Let’s say you are a blue belt and you realized that jiu-jitsu is your calling. You want to get your black belt as soon as you can and win as much as possible on your way there. So you’re left with several big decisions to make. We are going to assume that finances are not great, which is realistic for most young athletes, so possibly moving to a different city where there are big academies is out of the question. If you want to be a top athlete, you will have to afford healthy foods and plenty of it. It’s best to stay in your city and just find the best possible academy there. The temptation to move to California or Rio de Janeiro can be compelling for training, but its best to go later in your career.

Get local business to sponsor you

Local businesses, like privately owned restaurants, health foods stores, and anything related to sports and health, can be a good way of pulling-in some small funds to help you. Some of that money can be set aside for supplements or gear in exchange for stitching a patch for their business on your gi. Competing at local tournaments will give those businesses the exposure they will want. Start with businesses where you may know some people so your sales pitch is much easier.

A regimen is super important for anything if you want to get it done efficiently. Chances are that you will want to train at least two times a day. This could be a combination of jiu-jitsu classes and conditioning, depending on your needs. If possible, ideally, you would want to train early in the morning and then at nights specifically. Why? The next point will explain…

Get a part time job

As a blue belt, it’s going to be hard to get paid by sponsors or already teach classes at your academy, it’s just too early. Getting a part time job is a must. A lot of guys think they can live with their parents, train two to three times a day and rest. Sure, rest is important, but not everyone has that luxury and bills have to be paid. So train in the morning, work during the day, train at night, eat well and go to bed early. This is the backbone of a healthy regimen to start. Better get used to it because it will get more intense as you rise through the ranks.