Are Advantage Points in BJJ Reasonable? 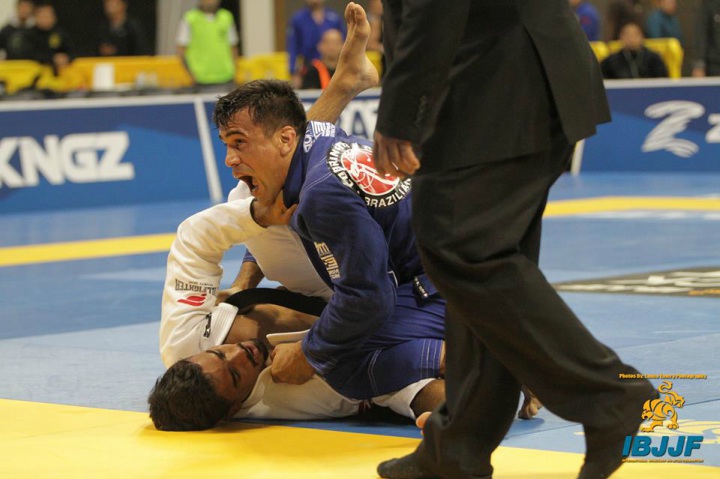 Is it a reasonable notion to reward a fighter for almost doing something? Isn’t this really just a nice way of saying that the fighter is being awarded a special kind of point for failing to accomplish a technique, such as a submission? Honestly, advantage points do just that: they reward a fighter for failing. Let that sink in for a moment. How many other sports reward participants for failing?

When a fighter is rewarded an advantage point for almost passing the guard (but failing to do so), what does the other fighter receive for actually using technique to successfully prevent the guard pass? The one who succeeded in the exchange receives nothing. Each time this situation occurs, the one who succeeded is punished, while the one who failed is rewarded. If the goal is to reward failure, the concept of the advantage point seems reasonable. Is that one of the goals of jiu-jitsu…to reward failure?

In society, when people are rewarded for failing to do a job, they usually tend to become idle. In jiu-jitsu, when people are rewarded for failing to accomplishing certain techniques, they usually tend to stall. This is because jiu-jitsu techniques are so logically coherent that one cannot actually go for any one move without exposing oneself to being countered by another. Because there is danger in any attack, jiu-jitsu requires the fighter to be courageous in his attempt to win. This is why jiu-jitsu is an excellent activity for developing one’s courage. Many people reasonably believe Jiu-jitsu matches should be rewarded to the fighter who actually wins, not to the fighter who almost wins.

With all of that said, let’s talk about a couple of alternatives to advantage points that may benefit jiu-jitsu fighters. Rather than rely on a referee’s discretion in the awarding of advantage points in the event of a tie, why not simply have an overtime where the first fighter to score a takedown wins? In a grappling sport that lacks takedowns, this would server to balance the sport—and make it more exciting to watch. Making it more exciting to watch tends to grow the sport.

So think about this for a minute: it’s no secret that many jiu-jitsu fighters are behind when it comes to takedowns. This is one reason you see so much guard pulling. This is why you see videos promising to provide the best takedowns to BJJ competitors. A tie-breaker that gives the match to the first one to score a takedown works to solve this problem.

Again, if this type of tie-breaker were to be introduced to jiu-jitsu tournaments, then it may provide the fighters with a powerful incentive to become better at takedowns—thus balancing the sport and making it more exciting to watch! Taking this path would lead to a discussion on precise rules to score a takedown. For example, to make the tie-breaker even quicker and more decisive, one could score a takedown if one could force his / her opponent to touch the floor with anything other than the soles of their feet. This notion emphasizes the importance of balance, but it would eliminate sacrifice throws, and many leg dives where one’s knee may touch the floor, such as double-legs, sweep singles, low-level singles, and so on. This concept is utilized successfully in sumo and it makes for some very exciting exchanges. I think it is worth considering.

Another alternative, and many will find this extreme, comes from the early days of judo. When competitions were held, the goal was to score a decisive win by slamming the opponent with a big throw or submittiing the opponent. If the fighters could not accomplish a clear and decisive victory, then both fighters were eliminated from the competition. Think about that for a moment. Why would this be a rule in a martial arts competition? The idea is to only reward a fighter for clearly defeating his opponent, which is a highly desired result in combat. This encourages a fighter to not simply try to win—but do everything in his / her power to win big! If you had to fight to protect your family from a bad guy, would you seek to grab the bad guy and stall, or would you use your best techniques to defeat the bad guy? To be sure, this would require courage. In the past, many believed this type of tie-breaker was he best way to develop strong fighting spirit.

What do you think? Can you think of a better alternative to advantage points? Speak freely and let us know!