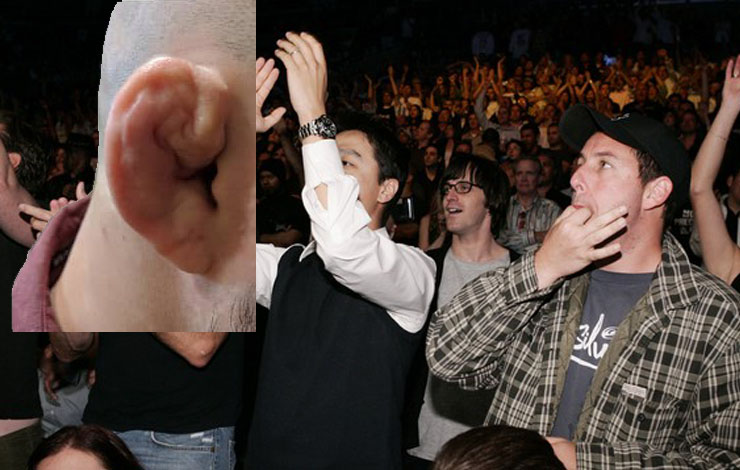 Comedian Adam Sandler is one of the global comedic icons that have been relevant for 20+ years. Sandler just put out a Netflix special – called Adam Sandler: 100% Fresh.

In it there’s a song featured called UFC Ears:

Sandler brings in quite a few pro wrestlers to make cameos in his films. He also tends to reference pro wrestling in one way or another. This is his special way of showing off just how much he loves the gimmick.

This isn't even my final form. Art by @artbygartista