A Look Into BJJ History, Through The Eyes Of Master Armando Wriedt 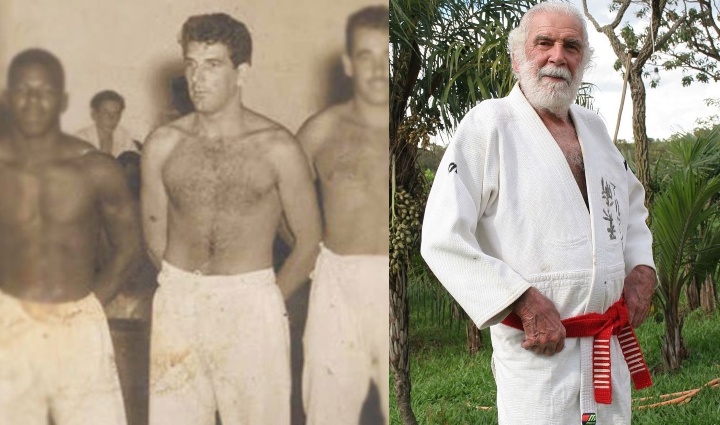 History is such a wonderful place to rest our eyes at, even for a moment. It teaches us so much! This is very true on the individual level; just remember your BJJ beginnings! Who knows how many mistakes you’ve made; how many times you’ve gotten yourself into an armbar, how often you’ve spazzed out… It’s because you’re able to look at the „history“ of it all that you can understand what happened. And that you can make yourself into a better jiujiteiro.
And so is the case with the whole of BJJ! If you can flip through a few pages of the Jiu Jitsu history book, you’ll know much more about what BJJ stands for today.

Luckily for you, Robert Drysdale is putting immense efforts into showcasing the history of Brazilian Jiu Jitsu in its full glory, through his up and coming documentary. He is checking every fact, looking into every rumour and talking with every significant figure; and one of the people he has spoken to, that he has had the opportunity to interview, is Armando Wriedt.

WHO IS ARMANDO WRIEDT?

If, by any chance, you don’t know who the late Armando Wriedt is, allow us to present you with a short overview of this important figure’s life and his Jiu Jitsu legacy.

Master Armando Wriedt is one of the Brazilian Jiu Jitsu’s earliest pioneers. Being one of the legendary Helio Gracie‘s earliest black belts, he is one of the seven Masters that have received their red belt from Helio as well. What’s more, his very own first Jiu Jitsu moment came at an age when a lot of jiujiteiros make their first steps on the mats as well; while serving in the military, he happened to meet Helio Gracie at 21 years old.
After that, as they would say, nothing was ever the same. He started training with the Gracie family soon after he had finished with his military service, living in the Gracie Academy for 8 years and staying loyal to their teachings forever after.

Now, what’s particularly interesting about Master Armando is that he was a follower of Mahatma Gandhi; and so, he wasn’t a believer in violence. However, records show that he fought for the Gracie Academy three times at the No Holds Barred events (something which is akin to today’s MMA) nevertheless… Winning by submission each time.
He spent the last years of his life at his own farm in Brasília; teaching Jiu Jitsu to others until the very last day.

A LOOK INTO BJJ HISTORY, THROUGH MASTER ARMANDO’S EYES

What an inspiring person, right? Well, you can find out more about the early days of Brazilian Jiu Jitsu in the words from Armando Wriedt himself.

In the aforementioned interview with Robert Drysdale and his crew, Master Armando has spoken about many interesting things; for example, how it looked like when somebody with a background in Capoeira or some other martial art would come to the Gracie Academy and „challenge“ them to a match.
Also, he gives out a lot of details about George Mehdi. How he – as another historical figure – ended up training with the Gracie Academy; as well as why the fight between him and the Academy occurred… And how there’s a chance that Helio Gracie would have been shoot if he stepped inside George’s Academy in one instance!

Armando Wriedt is a very important Brazilian Jiu Jitsu historical figure. So, if you want to become both a better BJJ practitioner and a greater martial artist, then take a look at the Robert Drysdale’s interview with the Master on the following link: http://global-training-report.com/Drysdale_Armando-Apr.2020.htm