A Great Trick That Helps with Recovery For Grapplers 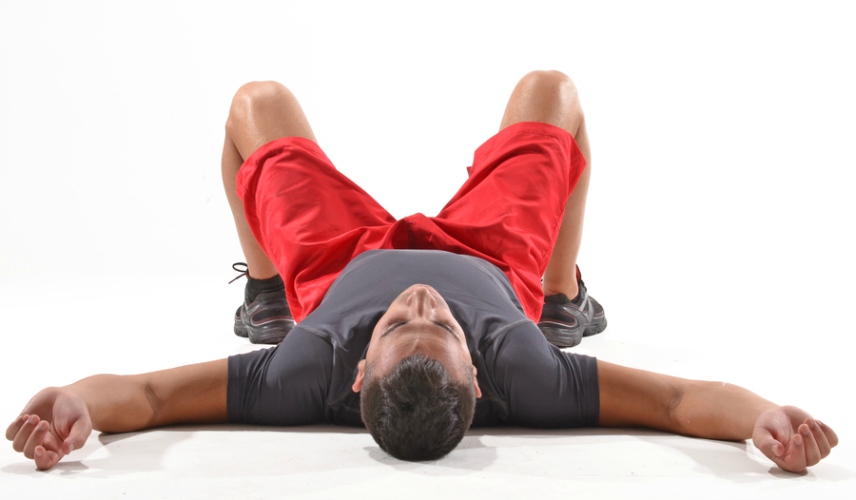 This is a recovery trick I picked up from the movie Choke Dee, which is the movie about the kickboxing legend Dida Diafat. In the movie, you will see the main actor using a leg up posture to help with his recovery. This method is something that made me think about inverted yoga asanas, such as: Viparita karani. Positions like this can really benefit the recovery of athletes and can aid with the lymph drainage.

What you need to do is: lay down with your legs perpendicular to the floor and resting on the wall. You will need to bring your hips to the corner where the floor and wall meet. Make sure your lower back is touching the ground. Your hands can be by your side with your palms up, similar to corpse pose in yoga. You may focus on your breathing in this position. 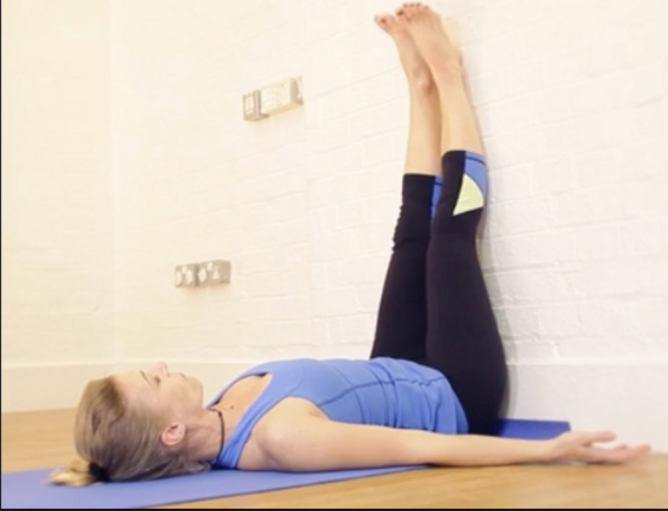 This helps with recovery, since inverted poses use gravity by stimulating flow of the lymph fluid and increases the rate of lymph drainage.

The lymphatic system is a network that is responsible of transporting the lymph, which is a fluid containing white blood cells throughout the body. The lymphatic system also aids with removing toxins and waste products, which can be a result of training.

The lymph system duties consist of:

-Removal of interstitial fluid from tissues
-Absorbs and transports fatty acids and fats from the digestive system
-Acts as a system that carries the white blood cells to lymph nodes from the bones and vice versa
-Responsible for our immunity and transports antigen presenting cells to the lymph nodes.

During the process where the arteries provide nutrients to the tissues, the blood pressure forces plasma out of the arteriole end of the capillaries and into the interstitial fluid between the cells of the tissues. Most of this blood plasma enters the capillaries on the venous end due to the osmotic pressure; however, some of this fluid enters the lymph capillaries. Our body sends 20 liters of blood through the arteriolar end of capillaries and 17 liters of this makes it to the venous end. The 3 liters lost is what enters the lymph capillaries. Three liters is more than half of our entire volume of blood and it is very important that these 3 liters end back up in the circulation system.

The lymph fluid does not have a pump, like our circulation system has with the heart; rather, the lymph fluid is moved by muscle contraction or massage. This is why working out or being physically active improves the immune system. This also explains why light workouts aid with recovery, since the lymphatic system aids removal of waste products and toxins. Massage and inverted positions such as Visparita Karani are great for helping with lymph drainage.

According to ancient yoga texts, it is claimed that this pose will fight aging and will keep you young. It is also claimed to have helped with headaches, anxiety, depression, muscle soreness, arthritis, digestion issues, insomnia, blood pressure problems, respiratory disorders, urinary track ailments, and menopause.

This pose is also claimed to:

Olympic lifters such as Dmitri Kholov (photo below) use inversion tables to help decompress the spine but this is something that can help with recovery as well. 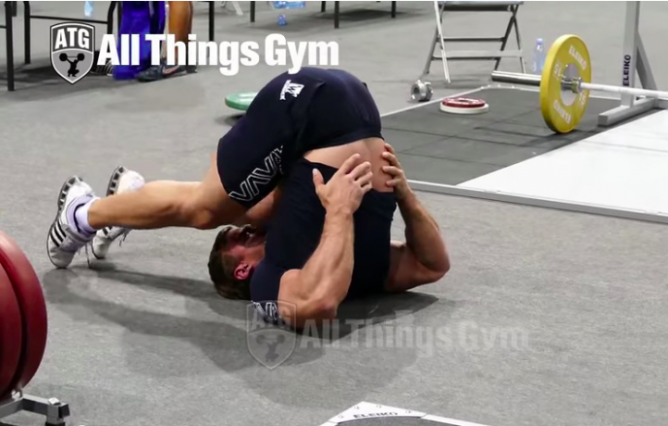 They may not be focusing on the lymph drainage benefits but still this is something they gain when they use this. Since the lymphatic system does not have a pump and it is activated by massage, it is very important to perform foam rolling, lacrosse ball rolling, and other myofascial release methods after workouts to aid with the lymph drainage process. After workouts rolling methods and inverted poses are great for aiding with recovery. Inverted posses also improve the cardiovascular system function by aiding with the deoxygenated blood in the extremities to flow to the heart.

Additional to the Viparita Karani, other inverted poses such as the headstansd or anti gravitational yoga poses work in similar fashion.