A Great (Triangle Choke) Trick – Ditch The Details, Focus On The Basics 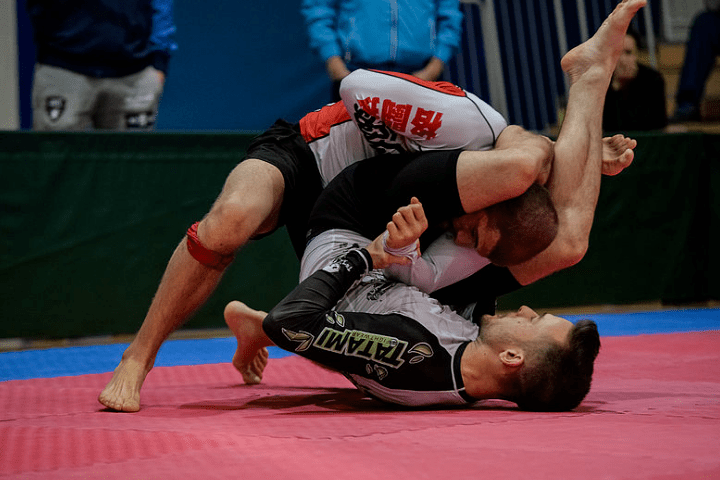 How do you approach problem-solving in Jiu Jitsu? Meaning, if something isn’t going according to plan – for example, you performed badly in competition or you figured out that your technique is a wack… How do you go about solving that? Well, chances are that you try to look deeply into it; trying to figure out the details that you could tweak. Because, if you get the details right, you’ll improve! Right?
Well, not quite. It may actually make more sense to switch things up a bit – and focus not on the details, but on the basics of what makes the technique work in the first place.

A great example of how you could use this change of perspective is the Triangle Choke. But before we look at it, let’s consider why details aren’t as important as you think they are.

QUIT FOCUSING SO MUCH ON DETAILS – GET THE BASICS DOWN!

The current craze for the BJJ instructionals is bringing a lot of good for Jiujiteiros worldwide. You can choose a system of techniques that intrigue you and/or an instructor you’d like to learn it from; and, more often than not, you’re going to find exactly what you’re looking for! The new insights on how to make the technique work well, or at least better than it used to, and will make you improve that much faster… Plus much more motivated about Jiu Jitsu altogether!

And while this is great, it often leads to Jiujiteiros becoming too focused on the details of the technique or its system. Of course, the details can make a huge difference on whether you get the setup right and finish or not; there is a reason why the instructionals with the most amount of details are the best-selling ones. John Danaher and instructors alike bring a whole new perspective and „secrets“ to bringing your A-game to the forefront, and are arguably revolutionizing the way we look at BJJ.
But here is the point: what’s the purpose of learning those details if you still haven’t gotten your basics down? What’s the purpose of decorating the rooms, if the house is on rocky foundations?

IF YOU CAN’T FINISH THE TRIANGLE, FOCUS ON THIS FIRST

The Triangle Choke is a fantastic case study of this example at work. When it doesn’t work for them, most Jiujiteiros – and their coaches – look to correct the many details which make a Triangle work. For example, they’ll try to correct their angle; shifting to a 90 degree one, where they can see the opponent’s ear. Or, they’ll squeeze down on the head and try to dorsiflex their foot, crossing their knee over the ankle to get a more effective position.
These all are valid points. But none of them will work unless your basics are accounted for. Actually, you first need to execute the #1 thing which makes every Triangle work.

Coach Tom, from „The Grappling Academy“ Youtube channel, shows what this thing is. Surprisingly enough, it’s really simple – but seldom emphasized as much as it should be by your coach or other training partners.
It’s the neck and hamstring connection.
More precisely, if you want the Triangle to work, you have to press the side of the opponent’s neck with your hamstring muscle. This pressure is the one that blocks their blood flow, and which ultimately makes them tap out or pass out. So, if there is any space between your hamstring and their neck, all of the details in the world won’t make a difference.

Improve your basics, first. Make sure that your elementary Triangle is right, and then improve it from there.