A Case For Opposing Jiu-Jitsu in the Olympics 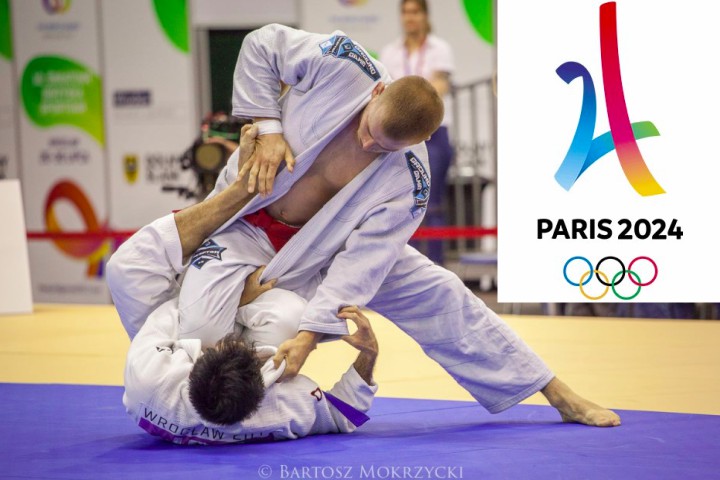 I have been a Brazilian Jiu-Jitsu practitioner since 1997 and for almost all of this time I can recall a rather loud contingent of fellow practitioners voicing a desire for BJJ to be added to the Olympic Games. That sentiment echoes year after year. While this may sound like a grand idea and one could say Jiu-Jitsu is worthy of such recognition, I, for the sake of protecting Jiu-Jitsu, disagree.

In 1964, Judo, the Japanese martial art developed and taught by Jigoro Kano, was officially added to the Olympic roster after decades of effort. Prior to this, Judo had been crafted and developed over 80 years and consisted of a plethora of techniques, not only while standing (nage-waza), for which Judo is now best known, but also ground techniques (ne-waza) and other self-defense applications, though it is important to note that Judo’s inclusion of ground.

techniques was steadily fading. Kano did not look favourably on ground techniques for perceived personal and practical reasons. One reason that has been noted was that in a self-defense situation, Kano felt that fighting to control one opponent on the ground would leave you open to attack from others. Kano built his style upon several forms of traditional Japanese JūJitsu along with a few other martial arts he spent a lifetime studying.

However, when added to the Olympics, the Judo game on display needed a more narrow focus as a spectacle for the public, leading to standing throws and pinning taking the stage. Even previously allowed forms of takedowns have since been removed. As a result, the prohibition of various techniques in Olympic Judo, those that were previously an integral part of the art, has thus affected the practice of the art itself and the focus within dojos. Over the decades, since its adoption by the International Olympic Committee (IOC), the focus of competition Judo has taken on a rather specific shape. The IOC ruleset became the standard. In effect, Judo was changed forever, for better or worse. 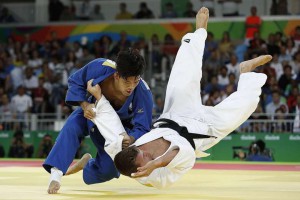 In 1914, Mitsuyo Maeda, along with several other Japanese Judokas, travelled to Brazil and began passing on their knowledge, which at the time was a more raw version of Judo, still containing much of its JūJitsu roots. JūJitsu (the precursor to Jigoro Kano’s Judo) was a martial art that had its roots in Samurai Combat. As the Samurai were falling into obscurity, Kano wished to continue teaching their techniques. However rather than for the sake of combat, he crafted a new art based on a model of physical education to train people within society. His hope was to spread this form of physical education for the benefit of all. It is important to note that Kano viewed his art as physical education and a way of life rather than fighting to kill. The public perception of martial arts as a method to kill was growing out of fashion with greater society, as the age of the Samurai was over and Japan was becoming directed towards Western culture. Judo was considered a more gentlemanly way to maintain certain aspects of JūJitsu, through a new method. Public acceptance of Judo was important to Kano, and in 1909 he joined the IOC to further that aim. For the sake of sport, Judo’s ruleset and allowable techniques became increasingly narrow, adding more and more techniques to the prohibited list. Throwing and pinning became the focus, while previously prized finishes and submissions were relegated to history.

In Brazil, Judo (at least the styles that Maeda and a few other Judokas brought with them) underwent a culture shock, as several new practitioners took a fancy to the ne-waza (ground) portion of Judo (highlighting the JūJitsu roots), mixed it with elements of Capoeira and Wrestling, and took this style to the streets and the ring. The most notable pioneers of this new take on Judo/JūJitsu were the Gracie family, who viewed it as a martial art, a system of direct combat and self-defense, and renamed it Jiu-Jitsu. The Gracie family tested not only themselves but the art itself in street fights and challenge matches, eventually developing Brazilian Jiu-Jitsu into a sport with its own unique rule set. The result has been a continuing evolution and development of the art. Even to this day, new styles and approaches to techniques are emerging and changing the Jiu-Jitsu landscape. This, I believe, is Jiu-Jitsu’s greatest strength, as compared to other martial arts. The growth and adoption of Jiu-Jitsu world-wide came not only from the evidence of effectiveness in combat, but from its organic and ever-changing nature. Jiu-Jitsu is easily personalized, free-to-own and almost never the same between practitioners.

Though the International Federation of Brazilian Jiu-Jitsu (IBJJF) was established several decades ago and is considered the world standard in terms of the competition ruleset, Jiu-Jitsu has seen an explosion of competing tournament circuits and events, many following the IBJJF ruleset but others creating their own. The differences between rulesets have created new avenues and have influenced the evolution of the art, arguably for the better. Year after year, as the IBJJF releases its list of rule changes, it is quickly followed by scores of practitioners voicing their discontent. I too have indulged in this criticism. Many people oppose a centralized, top-down decree of what is and isn’t allowed. I am not against the IBJJF, nor it exercising what it believes is a reasonable ruleset. The fact that Jiu-Jitsu’s competition scene is somewhat decentralized overall, and that options abound, has allowed Jiu-Jitsu competition to reach smaller cities and towns into which the IBJJF would never step foot. This competitive diversity also allows developmental movement in directions that best suit the practitioner and, once again, I see this as a strength.

It is this strength, this feature of Jiu-Jitsu that, in my opinion, must be protected. Jiu-Jitsu is essentially in the hands of the people to do with as they like, and this characteristic has allowed not only the understanding of the art, but also the level of skill to skyrocket. Given the changes that Judo took when it became an Olympic sport, I believe that if Jiu-Jitsu is adopted by the IOC, the changes will be similar in scale. It is likely that with Jiu-Jitsu seeking the approval of the IOC, it will have to make concessions for the sake of viewers, creating a different ruleset that will likely be galvanized as the new international standard. Competition Jiu-Jitsu will take on a streamlined and restrictive focus that will not be as organic and open to change as it is now. Many clubs/teams will redirect their path towards the new centralized standard, a standard that will be largely outside of the Jiu-Jitsu community’s influence.

Of course, I may be simply exaggerating the potential for such an outcome and I may be wrong. However, given the incredibly close parental lineage between Judo and Jiu-Jitsu, there is a strong precedent for history to repeat itself.