A Brazilian’s Impressions about Jiu-Jitsu in Serbia 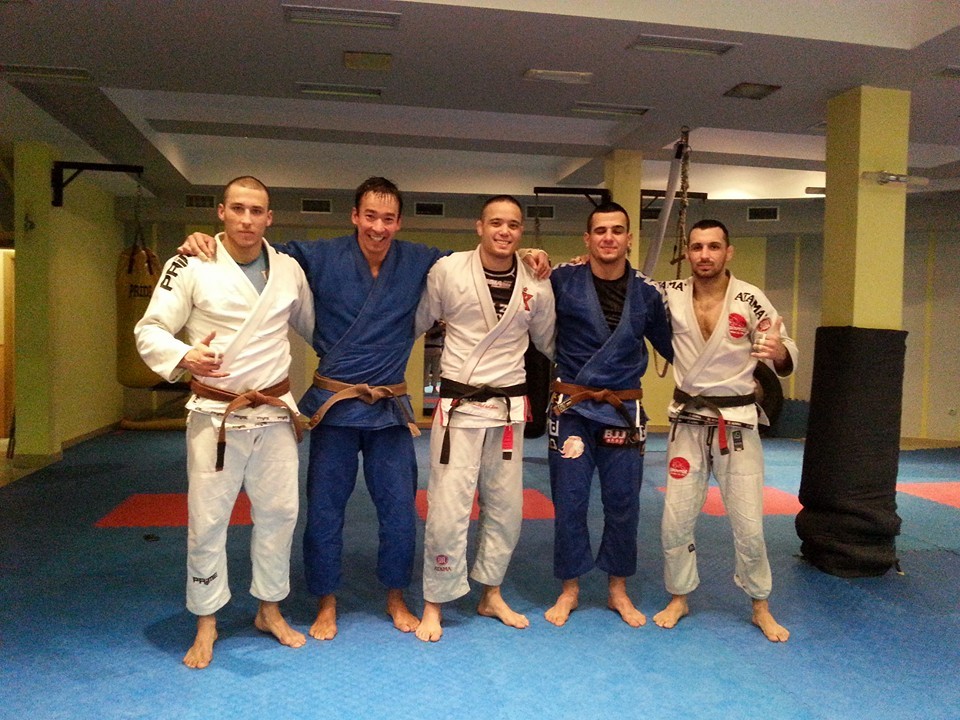 Guest post by Andre Sato, a Judo black belt and BJJ brown belt from Checkmat Sao Paulo. He works as a Journalist in Brazil. He was recently on a Europe trip where he spent time in Ireland, France and Serbia.

For two days I trained with very nice(and tough) people and discovered a beautiful(and cold) city that I want to come back to.

During a trip through Europe in the beginning of this year, I went to Belgrade – Serbia -, to meet a friend Guillaume (Gile) Huni– a Jiu-Jitsu black belt and editor of the web page BJJEE.com (Brazilian Jiu Jitsu Eastern Europe) and instructor of Kimura BJJ Serbia. Guillaume is 1/2 French and 1/2 Filipino and has been living in Serbia for 9 years. He actually faced my cousin in competition a few years back. Small world.

In two days I was there, I saw that the sport over there is already a reality, as well as the athletes are super hooked into it, fans of Brazilian culture and that they have a incredible strength.

The first serbian black belt was graduated by Fernando Pinduka and he is called Jovan Zerjal. Nowadays, some of his students, already black belts, started to run their own academies, five in total, with different flags. 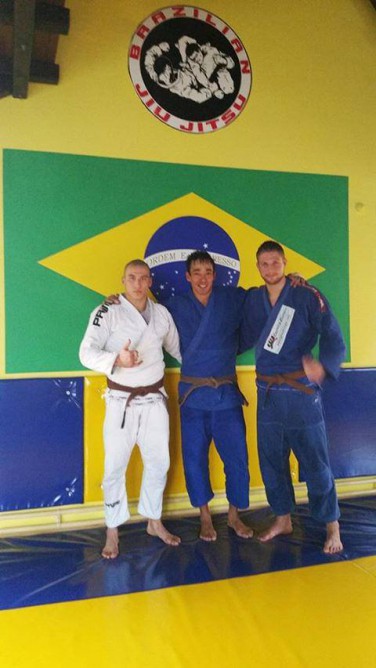 In my period in Belgrade – january 6th and 7th – I trained with some people, including three who were preparing for the IBJJF European Championship in Lisbon, which happened in the same month.
I noted that those guys know the brazilian culture – Guillaume had spent couple of months in Rio already -, and that they train and deeply study BJJ. It is usual for them watch some videos and analyze positions carefully, moreover, they know all brazilian top dogs. 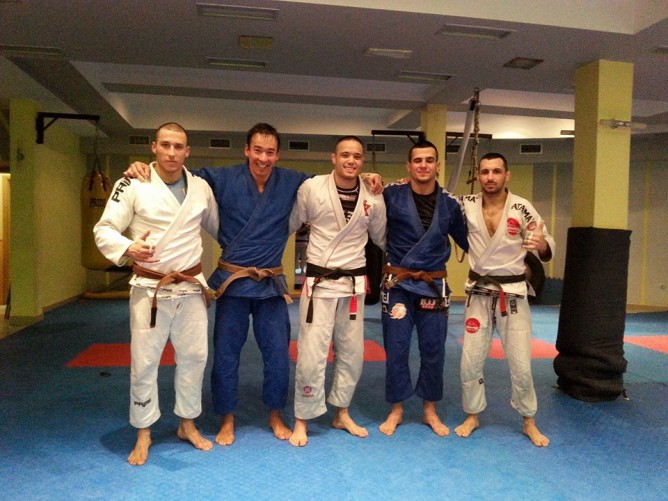 Furthermore, something that really got my attention was their strength. Apart from a good and modern technique, I felt a grip that I have not seem yet in bjj and even in judo! Their top game impressed me too with loads of breaking rips, leg drags, knee cuttings, always with pressure.
I believe that some characteristics counts in their BJJ style, one of them is the weather! The cold make them naturally resistant. Also, although they are in Europe, Serbia is not a rich country and as happens in Brazil, life is a daily challenge.

Additionally, the war history – recent by the way – is a fact that oblige them to be a warrior people, men and women that got used to guns, bombs, death and life.

While in Brazil we have the ability with the rips from samba, the smartness of capoeira and the Brazilian way to deal with hard situations, they have the strength built by the weather, the warrior spirit taught by the war and the capability to learn as well as to reinvent themselves to live in a country with difficulties. 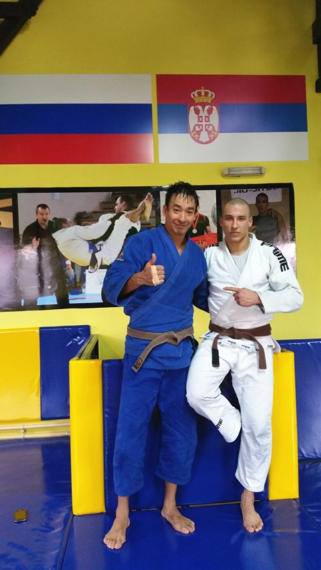 Finally, I recommend to all Brazilians living or in a trip through Europe to visit Serbia.
Firstly because serbs are very gentle, friendly and if you visit their academies, surely they will receive you very well. Secondly, due to the fact that Brazilians do not need visa to enter and the same happens with them when coming to our country.

– Try a night out at Savamala and Skadarlija and talk to everybody, they are very sociable;
– If you are not in a diet, ask for a dessert called Tufahija(apple, walnut, water sugar);
– If you are not in pre contest period and like alcohol, go for a shot of Rakia(local drink);
– Learn couple of words as excuse me, thanks, bye and use it, locals will love your effort to speak their language. 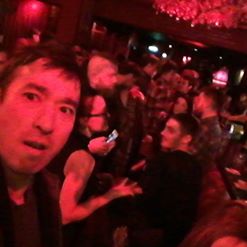 Andre enjoying a night out in Belgrade