A Beginner’s Guide For White Belts in BJJ 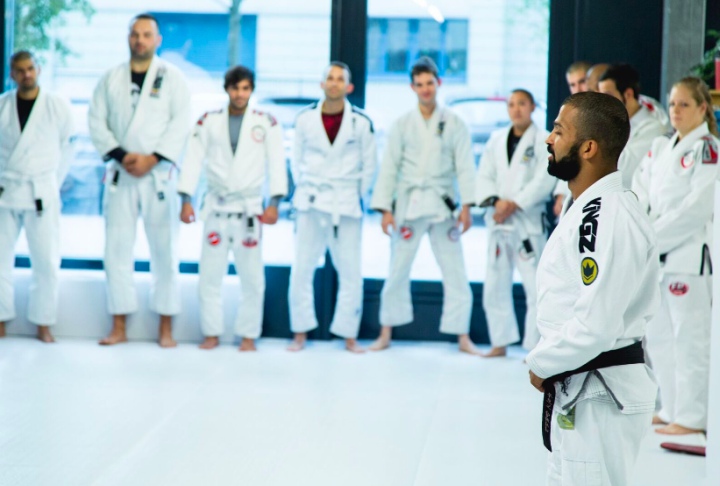 Brazilian Jiu-Jitsu (BJJ) is riding a wave of unprecedented popularity. It is a core martial art in MMA, and some of the sport’s best, like Fabricio Werdum, Nate Diaz, and Tony Ferguson, have formal BJJ backgrounds, while others use the principles of the gentle art such as leverage and fighting in the guard. Even celebrities are into BJJ, with stars, like Jason Statham, Ashton Kutcher, Keanu Reeves, and Margot Robbie all training in BJJ to some degree. Needless to say, more people now want to learn this martial art first popularized by the Gracie family. With that in mind, we have prepared this handy guide for soon-to-be white belts — the white belt being the beginning rank of all BJJ practitioners.

It’s pretty much for everyone

After giving BJJ a try, journalist Elena Gomez realized that the gentle art is for all. “It’s also a sport for all body shapes and sizes,” Gomez writes, before pointing out how BJJ is less about body types and more about learning its technical depths and varying, ever-evolving styles. A woman, in fact, can pin or submit even the heaviest of men — so long as she is well-versed in the craft. And anyone who’s willing to learn the gentle art will come to the same realization Gomez had while trying out BJJ. That leads us to our next point:

It takes a lot of commitment

Training in BJJ is a lot like any get-fit regimen, as it necessitates a commitment on your part both from a time and effort standpoint. This means taking up BJJ might prove doubly difficult to anyone with a job, whether in a traditional 9-to-5 setting in an office or via work-home-home arrangements. Given this scenario, lifestyle writer James Gonzales points out that making time for workouts can be challenging when you’re preoccupied with a job, which can be detrimental to your training progress. And unlike your typical workout, improving in BJJ requires commitment to learn the craft and master its intricacies. That means fully investing a big portion of your time, and a whole lot of effort to move up from white belt to blue, and so on.

BJJ can be confusing at the beginning, with all its techniques and intricate movements. The way to work around that is to try everything. In fact, BJJ black belt Marcelo Garcia advises white belts to experiment with all positions until they reach a comfort level with each one. That’ll lead to a deeper understanding of these positions and, eventually, mastery. From there, it’ll be about repeating that process with every other technique. This process will take time, and require plenty of work and patience.

It’s akin to joining a community

Despite BJJ’s prominent role in MMA, getting into BJJ is actually less about combat and more about community. In fact, Roger Gracie explains in a Men’s Health feature about BJJ how there’s greater intimacy among people training in BJJ as opposed to, say, those training in boxing or in martial arts like taekwondo. “You can’t be unfriendly with someone you’re having to learn with,” Gracie notes. “That’s why the community is so friendly.” It’s that kind of banter that makes BJJ fun, as everyone is pulling for one another — and then becoming friends thereafter.