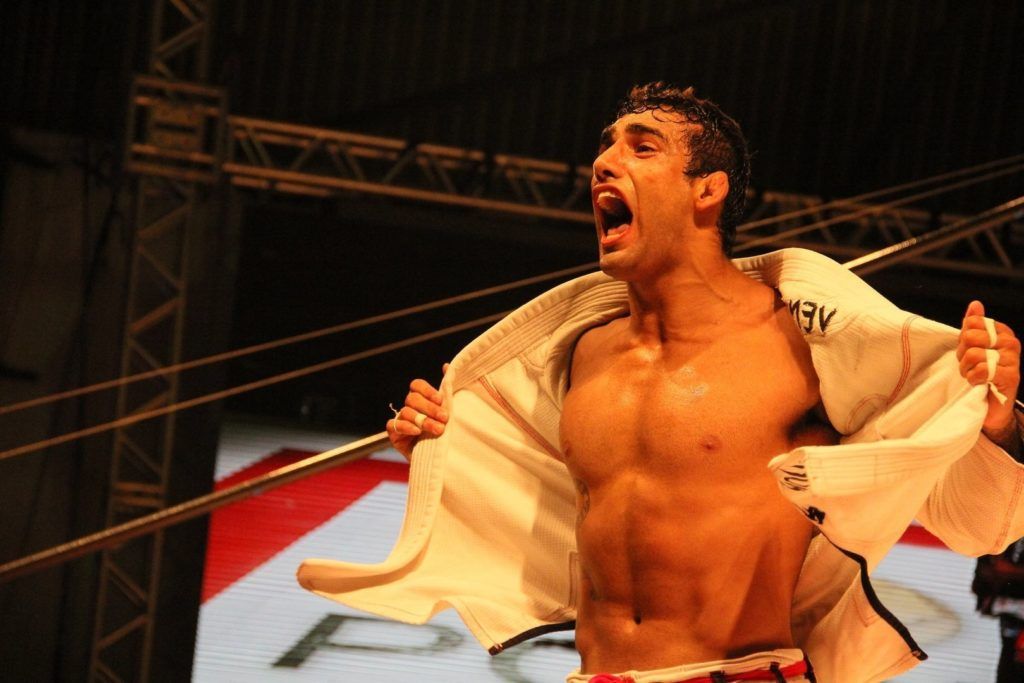 The highly technical art of Brazilian Jiu-Jitsu (BJJ) is one that takes many years to master. In fact, it takes the average practitioner approximately 10 years to achieve the highly regarded rank of Black Belt in BJJ. Unfortunately, the years of extensive training may prove to be too much for many students. In fact, many choose to give up after receiving their blue belt.

The dedicated few who have chosen to persevere have undoubtedly learned some tips and tricks along their journey that we can surely apply in our own training. Today, Evolve Daily reveals the 9 Best Kept Secrets Of BJJ Black Belts:

Perhaps one of the greatest competitors of all time, 10x BJJ World Champion Roger Gracie is known for his deep knowledge of Brazilian Jiu-Jitsu. In each of his matches, he is able to successfully use the most basic techniques against his opponent. In fact, his favorite move, the cross choke from mount, is one of the first submissions one learns in BJJ.

The more you practice BJJ, the more you’ll find yourself always going back to one particular move — your signature move. Whether it’s a submission, a reversal or form of open guard, it just feels so natural to you! By recognizing your signature move, you’ll discover more ways to set it up and link it to other techniques.

In order to train for the Mundials, BJJ World Champion and UFC Fighter Leandro “Brodinho” Issa literally lived on the BJJ mats for months. Doing so ensured that he would be able to train as much as he possibly could before the competition.

Although living on the mats might be a little tough for most of us, we should use Brodinho’s example as inspiration to always go the extra mile when it comes to training. We should always try to log in as many mat hours we possibly can or even drill a few extra minutes everyday. The smallest changes to our repertoire have the power to take our training to the next level.

Known to beat opponents twice his size, the legendary Marcelo Garcia is considered one of the greatest middleweights in history. Regardless of who his opponents were, Marcelo was consistent in his game plan: attack, attack, and attack. He believes that this mindset is what led to his success in competition.

Whether you’re a competitor or not, being consistent in all aspects of BJJ will undoubtedly make you a better student. Regular attendance, drilling, sparring with multiple partners – these all play a part in making you the best BJJ student you could be.

According to 2x BJJ No Gi World Champion Bruno Pucci, the key to his success in the Mundials was competing on a regular basis. This helped remove whatever stage fright he might have experienced. For many competitors, this fear could make or break their performance on the mats.

If we aren’t competitors, we can adapt this mindset in our sparring sessions. We should spar as many different opponents as we can. We should also refrain from sitting out any sparring opportunities presented to us. The more sparring experience we have, the more well-rounded our BJJ games become.

8x BJJ World Champion Michelle Nicolini knows what it takes to stay at the top of her game. Healthy eating habits and training with larger opponents helps Michelle survive those intense, 10 minute matches during competition.

Not only does clean eating amplify your performance, it also makes you healthier overall. Why not try adapting a healthier diet and see how you feel afterwards? We guarantee you won’t feel sluggish at all!

Despite achieving the success that he has, 2x BJJ World Champion and 4th degree Black Belt Teco Shinzato has never forgotten to pay homage to his first instructor, Coral Belt Elcio Figueiredo.

Loyalty and respect reflects the kind of BJJ practitioner that you are. It shows that you acknowledge the time and effort your instructor has devoted to you. Embracing these traits also helps you develop a deeper love for the art. In turn, this dedication will reflect in everything that you do.

7) Recognize what motivates you

Leandro Lo, one of the best pound for pound BJJ competitors to date, is known for his beautiful and technical Jiu-Jitsu that sets him apart from others. As fancy as his moves may be, his motivation to train is simple: love for Brazilian Jiu-Jitsu.

The more passionate you feel about something, the more devoted you’ll be to accomplishing your goal. Passion dictates how far you’ll take your love for Brazilian Jiu-Jitsu, your job, or anything for that matter — and what you’ll do to get better at it.

8) Complement your training with strength and conditioning

The sheer athleticism and explosiveness of Marcus “Buchecha” Almeida is unparalleled. There’s no doubt that Buchecha is one of the most exciting competitors to date, displaying technique, strength, and agility in each match.

9) The importance of focus

5x BJJ World Champion Rafael Mendes is known to be one of the best featherweights in BJJ history. Known for his amazing open guard, he has dethroned some of the other BJJ greats in his division. For Mendes, one of the most important lessons he has learned as a competitor is staying focused, especially when he had to train on his own.

To stay focused, Mendes created a strict training schedule for himself. He was able to focus solely on training, channeling his thoughts towards winning. Whether you’re a beginner or a seasoned martial artist, you should always maintain focus whenever you’re training. Doing so will help you reach your goal faster and eventually rid you of bad habits.

So tell us, which of these secrets will you implement in your BJJ repertoire today?