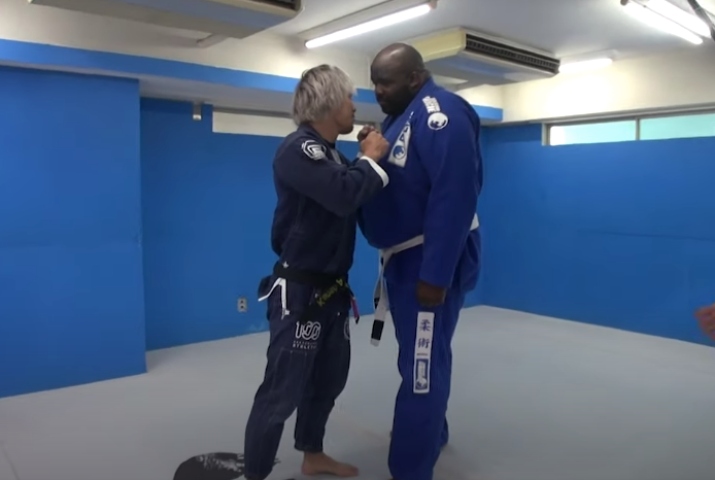 But what about when a 80 kg BJJ black belt faces a 180kg white belt with 1,5 year experience in BJJ?

BJJ black belt and former UFC vet Masanori Kanehara wanted to test himself and he did so by facing ‘Big Joe’, a huge American who lives and trains in Japan. Kanehara has an amazing combat sports pedigree, he is currently fighting in Japan’s DEEP’s MMA organization. He is a professional MMA fighter since 2003. In the past he has fought for World Victory Road, K-1, the UFC, Pancrase, ZST, Dynamite!! 2009. He is the 2009 Sengoku Featherweight Grand Prix Champion and inaugural Sengoku Featherweight Champion.

Remember, the big guys are beatable. If, at any stage of a match, if you find yourself feeling overwhelmed or defeated, don’t panic and look for their pressure points to neutralize them. Strike first and strike hard.