7 Of The Best BJJ Athletes From Europe 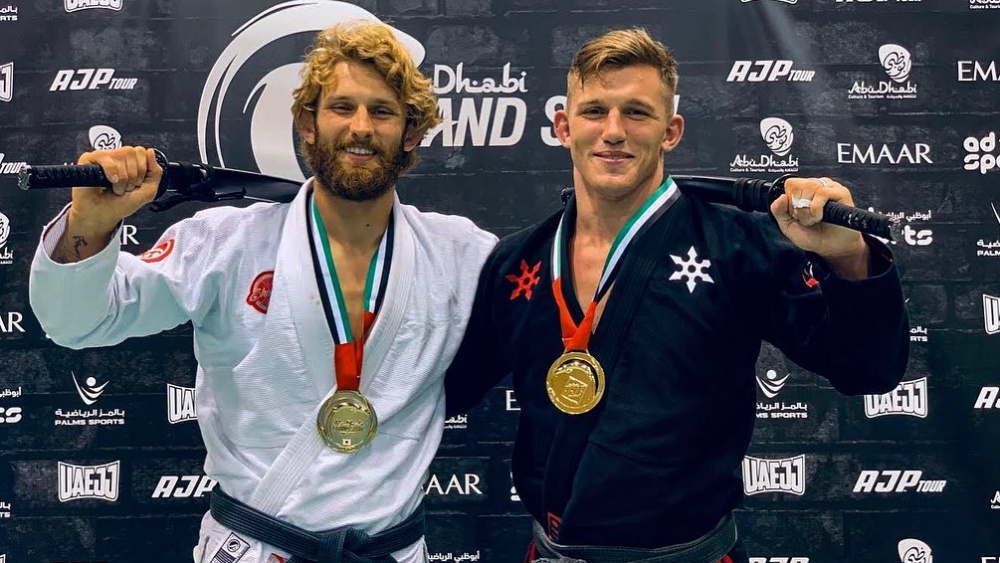 Most BJJ athletes revere the idea of being renowned worldwide. It is the best platform to showcase the talents that they’ve developed through training and drilling for countless hours. In proving who’s the best, athletes of different backgrounds, nationalities, and locations in the world come to share the same stage. Their skills and sheer will are put to the test for the world to see.

The great John Danaher said that luck plays a role in an athlete’s journey towards mastery. It includes things like where you are born, your physical location in the world, and your socioeconomic situation. These could either be favorable or detrimental, depending on the situation. He continued that a truly resourceful mind can overcome most of what fortune throws at us, provided that you’re sufficiently mentally robust.

A BJJ athlete born in Brazil or the United States may have an advantage in overall training over an athlete who trains in other places like Europe, Asia, or other parts of the world. This is because BJJ started earlier in the two countries. However, it is undeniable that the level of BJJ in Europe is now incredibly high, and many European athletes have come to dominate the competition scene. With this, let’s discuss some of the best BJJ athletes from Europe.

Adam Wardzinski, also called “Megatron”, is a Polish BJJ black belt under Alan ‘Finfou’ do Nascimento, a Gracie lineage black belt. Adam is one of the best European grapplers and a top heavyweight of the modern generation. He is one of the standout names to come out from Poland, a country known for its history in combat, not just as a sport.

Adam is one of the names responsible for the re-emergence of the butterfly guard. He is highly proficient with this guard in the gi, although he has used this in no-gi tournaments as well. The butterfly guard is an open guard made famous by grappling legend Marcelo Garcia. Gordon Ryan, widely regarded as the best no-gi grappler of the modern era, also uses the butterfly guard to great effect.

Representing Poland, Adam is one of the most decorated European grapplers, having won many important BJJ tournaments from his colored belt days up to black. He started training in BJJ at 18 and began collecting most of his wins as a colored belt with his coach from white to brown belt, Karol Matuszczak. Alan invited Finfou to become a coach affiliated with his team and later promoted Adam to black belt in 2016 with the presence of Marcus ‘Buchecha’ Almeida in the ceremony.

Ffion is a black belt under Darragh O’Conaill, a top European middleweight black belt under Saulo and Alexandre Ribeiro. Ffion is considered one of the best female featherweights of the current generation. She currently represents the East Coast Jiu-Jitsu in Ireland.

Born in Wales, Ffion represented the Wales National Team in Judo during her junior years. She made her name in Jiu-Jitsu by winning prestigious BJJ tournaments such as the ADCC, IBJJF World Championships, European Open, and UAEJJF Grand Slam as a colored belt and black belt competitor.

Ffion started training in Judo when she was 8. She began competing at an early age and eventually became the Welsh and British Open champions. She stopped training during her early teens and came back to train in BJJ at 18 through a local MMA gym. She fell in love with grappling once again, and things have progressed since. In 2018, Ffion was promoted to black belt in Dublin by her coach, Darragh O’Conaill.

Alexander is a black belt under Leonardo “Leozinho” Vieira, a legend of the sport known for being an exciting competitor. Alexander is known as one of the best European grapplers during his competitive years. He has won many major competitions as a colored belt, such as the IBJJF World gi and no-gi championships. He is also successful as a black belt, and still wins and places in important BJJ tournaments.

Alexander was born in Denmark and started training in Jiu-Jitsu at 13. He became focused on training for competitions when he joined Arte Suave in Copenhagen when he was 20. Alexander became so focused that he trained thrice a day and won every competition that he entered that year as a brown belt. He had 9 wins in the 2011 World Championships, letting none of his opponents score in his division, and in the absolute. One of his notable wins was against Roberto “Cyborg” Abreu.

Tommy is a Norwegian black belt under Jose Carlos of Team Kimura. He has been an exciting grappler since his colored belt years. He has won notable tournaments such as the IBJJF Las Vegas and European Open, Pans, and Copa Podio, resulting in his promotion to black belt. As a black belt, Tommy won the Abu Dhabi Grand Slam and World Pro, as well as medalling in major tournaments such as the Worlds.

Darragh, born in Ireland, is known as one of the best middleweights in Europe. He is a black belt under Saulo and Alexander Ribeiro and is a part of the Lloyd Irvin BJJ Kumite tournament in 2013. Darragh has won many tournaments such as the Rome, London, and European Open Championships, both as a colored and black belt. He now teaches in his academy and has spread his affiliation in Ireland and England.

Ross Nicholls is a competitor from the Roger Gracie Academy in the United Kingdom and is a black belt under César Lima and Roger Gracie. He is an outstanding British grappler and is famous for his highly technical game. Ross is known for his performances in international competitions like the ADCC European Trials and Polaris.

Gerard is a black belt born in Poland and trains under Leandro Lo. Gerard’s promotions as a colored belt were all done by Braulio Estima, until he moved to Brazil to train with Leandro Lo. He trained extensively and competed regularly in top grappling tournaments, resulting in his promotion as a black belt in 2017. Most of his achievements were in competitions in the colored belt divisions.

These athletes are prime examples that BJJ is truly a global sport. The great thing about BJJ is that it is a sport that doesn’t require any unique attributes for you to become successful. Consistency and passion are all you need to reach great heights. It is safe to say that we’ll hear from more European athletes in the years to come.