6 WWE Wrestlers Who Have Fought MMA 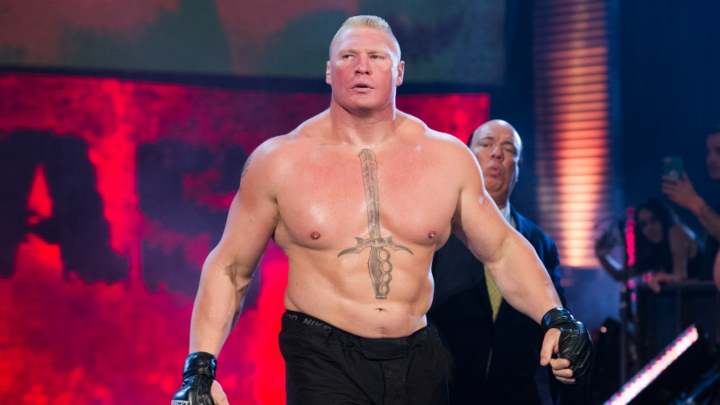 Dave Bautista, better known as “Batista,” is a retired professional wrestler who was an absolute superstar during his time with the WWE. Towards the end of his WWE career, Batista developed an interest in MMA, and he publicly expressed his desire to participate in an MMA fight. In preparation for his MMA debut, Batista began training BJJ, eventually earning a purple belt under Cesar Gracie, who is famous for his tutelage of the infamous Diaz brothers. After several years of training, the WWE star made his MMA debut in 2012 against Vince Lucero. Although the fight was panned by critics as being a sloppy performance by both athletes, Batista earned a TKO victory in the first round of what would prove to be his only MMA fight. Much of the criticism was undoubtedly due to Batista’s status as a WWE wrestler, and he performed admirably for a 43-year-old man with zero previous professional MMA fights.

Dan Severn is an MMA pioneer and UFC Hall of Fame inductee. After a long and impressive amateur wrestling career, Severn began his MMA career as a participant in UFC 4. Severn went on to compete in nearly 130 MMA fights before semi-retiring from the sport. (At 61 years old, he has continued to tease a return to MMA competition.)

Even more impressive than his longevity is the fact that he only lost 19 fights in an MMA career spanning nearly 20 years. Severn began his professional wrestling career around the same time as his MMA career, eventually landing a job with the WWE in the late 90s.

CM Punk is a former WWE superstar whose brief MMA career was a source of controversy in the MMA world. Signed to the UFC due to his immense popularity among wrestling fans, the organization’s owners hoped that Punk’s name recognition would draw new fans to the sport of MMA. While this may have worked, Punk was woefully unprepared to fight for one of the top MMA organizations in the world. Despite his best efforts, Punk was soundly defeated in his only two fights in the UFC.

Like Dan Severn, Ken Shamrock is a member of the UFC Hall of Fame and an MMA legend. Shamrock was a successful amateur wrestler and American football player in his youth, and he excelled in American football in college. After graduation, Shamrock began training to become a professional wrestler, eventually ending up in Japan. While in Japan, Shamrock began fighting in Japan’s Pancrase organization, which was an early hybrid of professional wrestling and MMA. Shamrock went on to participate in UFC 1, where he made it to the finals before being defeated by fellow MMA legend Royce Gracie. Shamrock reached the pinnacle of professional wrestling in the late 90s, when he joined the WWE and became a household name among wrestling fans.

Easily the most successful MMA fighter on this list, Brock Lesnar won the UFC Heavyweight Championship in only his fourth MMA fight. Following a successful amateur wrestling career at the University of Minnesota, Lesnar began training as a professional wrestler, eventually signing with the WWE. Possessing a rare combination of size, speed, strength, and athleticism, Lesnar rapidly rose in popularity before capturing the WWE Championship. Lesnar took his first MMA fight in 2007, and he signed with the UFC shortly thereafter. In only his third fight in the UFC, Lesnar defeated MMA legend Randy Couture for the UFC Heavyweight Championship. Lesnar defended his belt twice before losing his title to Cain Velasquez in 2010.