6 Tips That Will Help You Transition To No-Gi BJJ 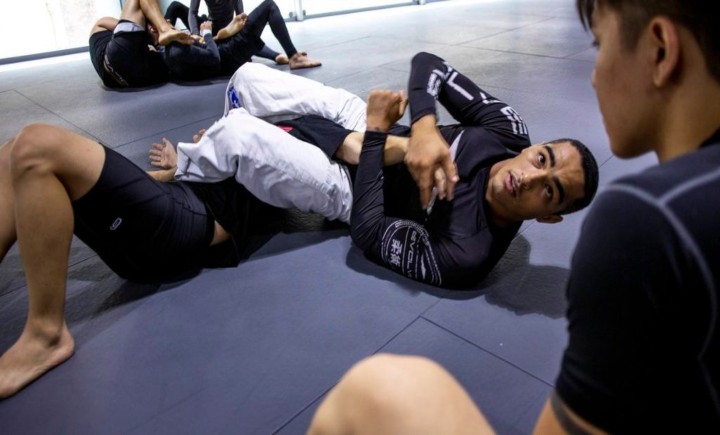 One of the best things you could do to improve your overall gi game in Brazilian Jiu-Jitsu (BJJ) is learning no-gi. Of course, it isn’t as simple as slipping on a rash guard or a pair of fight shorts. There are many aspects of no-gi Brazilian Jiu-Jitsu that many gi practitioners may find difficult to adapt to. But, like many BJJ techniques, it will be easier once you practice it enough. As the name states, no-gi BJJ does not use the gi or kimono. No-gi practitioners wear rash guards or t-shirts, fight shorts or spats or sometimes even gi pants, which means there is no collar, sleeve or pants to grip. If you’ve been wanting to improve your BJJ game and try out no-gi, read on for our tips on how to transition from gi to no-gi.

1) Work around the lack of grips

When you are used to grabbing or utilizing the gi for your attacks, not having it might feel discombobulating. You might feel like you can’t control your opponent, especially since you have nothing to hold him in place. In actuality, there are many ways to control your opponent. Underhooks, collar ties, overhooks, and underhooks are techniques that no-gi practitioners use. The more you train no-gi, you’ll also realize the benefits of the Kimura grip.

Passing, for many gi practitioners transitioning to no-gi, is especially difficult. If you are used to passes like torreando or the long step pass, it might feel frustrating. Look for different ways to get into the pass and also the general execution of the pass. The series that you use to get into the pass might also be different. Some of the more common no-gi passes you’ll see are the knee cut, x-pass, over-under or forcing half guard and passing half guard.

2) Go back to basic guards and submissions

All the fancy guards you’ve learned in your gi class – worm guard, lasso guard, spider guard, collar sleeve guard – you can goodbye to all of them once you’ve transitioned to no-gi. You’ll need to go back to your basic x-guard, closed guard, single leg x, butterfly guard, and half guard. If you’re used to more complicated guards, do practice guard maintenance without grips in gi class. This will help you immensely especially since you’re so used to tying people up with their gi.

You should also brush up on your guillotines, d’arce, and rear naked chokes, especially since you are going for more headlock positions with no gi. Triangles, armbars, and Kimuras should also be part of your no-gi submission arsenal.

3) Leg locks are an option

When you do no-gi, with the lack of options, you realize that you’re freer to grab limbs. And most frequently, you’ll find that the lower limbs are easier/more exposed than others. This is why many no-gi students use leg locks. And by adding leg locks to your game, you’ll see your gi game drastically improve too. When you’re in guard, you realize how exposed you are in certain positions (you don’t just dangle your legs when you’re in guard). As a leg-locker, you’ll see openings you’ve never seen before – a great advantage to have for any BJJ student.

In no-gi Brazilian Jiu-Jitsu, it is against the rules to grab any part of your opponent’s uniform. Although it might seem like second nature, work on keeping your palms open to prevent yourself from gripping your partner’s uniform by accident.

5) The pace will be faster

Unlike traditional BJJ where practitioners can use the gi to hold a dominant position or slow down their opponent’s attacks, in no-gi BJJ, this does not exist. You can expect quick escapes, especially when you’re both sweating. Reaction times will be faster as well, both offensively and defensively.

6) Work on your wrestling

The art of wrestling translates very well to no-gi BJJ. Because of the fast pace and increased incidence of scrambles, wrestling is a very good base to have. Pressure and balance, two characteristics many wrestlers have, will also prove to be useful in no-gi BJJ.