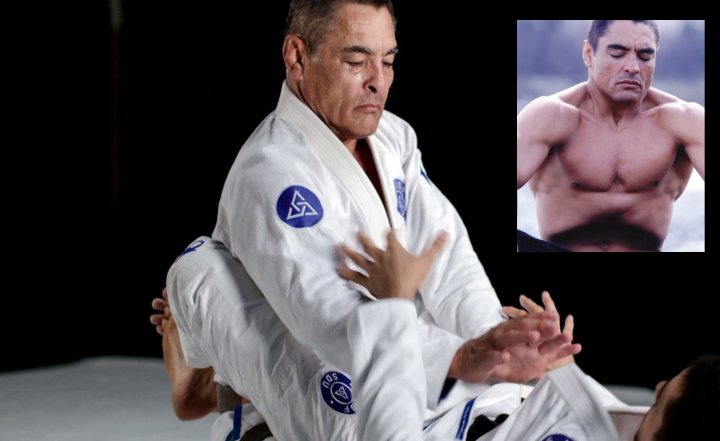 Rickson Gracie’s name is synonymous with excellence in Brazilian Jiu Jitsu. This is no wonder, as he is truly a living legend; but not just because of his BJJ skills! It’s his mindset that, arguably, differentiates him from others more than anything else… And it’s an extremely inspiring one! Just makes you wish that you were more like Rickson, doesn’t it?
Well, it’s your lucky day. We’ve prepared 6 tips on how to be like Rickson Gracie – not just in terms of your Jiu Jitsu, but in the rest of your life as well.

Be honest with us: just how stressed out do you feel right now? The stresses from work, from college (or both), your family, your friends… Altogether, they sometimes tend to make up for a ridiculous frenzy of hair-ripping situations.
Instead of continuing to stress about these things, try to find a thing or two to be grateful for. Of course, you’re not supposed to just flip the script and start being positive about everything (which may actually be worse than being stressed out). What it means is that you’re not going to worry too much about the things you have no control over – just the ones you have.

DON’T MAKE YOUR LIFE TOO RIGID

Rickson Gracie is a free-spirited person. As he has mentioned in his conversation with Joe Rogan, he doesn’t make his life too planned out. Instead, he often goes with the flow.
Perhaps you should do the same. Lots of people lead very rigid lifestyles, with their days passing by fast and without reflection. Stop. Think about what you’re doing. Relax and do the things you enjoy a bit more.

RICKSON DIDN’T SETTLE FOR CONFORMITY – AND NEITHER SHOULD YOU

„I think that the opposite of courage is not cowardice, but conformity.“ Just how badass can a quote get! Rickson surely lives by it, as he is someone who does his own thing; not being bothered too much with what others may or may not tell him.
Don’t conform all the time. Stay true to yourself and develop those parts of yourself that you’ve been neglecting because of others. 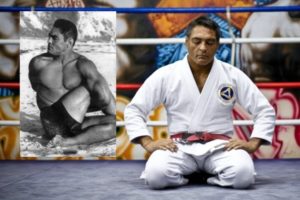 Rickson’s attitude of not taking any prisoners in BJJ is something almost every Jiujiteiro can look up to. His mindset of „not going for the medal, but for the finish“ can be a very useful one; don’t fight for the points, no matter the ruleset – but fight to DOMINATE!
Both in Jiu Jitsu and in life in general.

Hand in hand with the advice above, you can learn a lot from Rickson’s competitive attitude. More than anything, you can realize that you’re nowhere as competitive as you could be – so get to it! Be more aggressive and stop short of nothing except from the tap you’re so eager to obtain.

TRAIN TO LEARN, NOT TO WIN

However, that should be true for competition mats. If it’s your academy’s mats that you’re rolling on, then you need to stay away from the egoistical drive to be the „number one“. Instead, your goal should be to learn. To obtain new techniques, to try them out, to experiment… To become better.
And what if you’re among the best in your class… Perhaps even the best? Well, in that case, you need to make yourself into the worst Jiujiteiro of the academy, on purpose. This will not only help your progress, but progress of others by miles as well.

Not convinced? Read our article on the topic and understand the full power of this approach.