6 Effective Takedowns from Rear Clinch To Include in your Arsenal 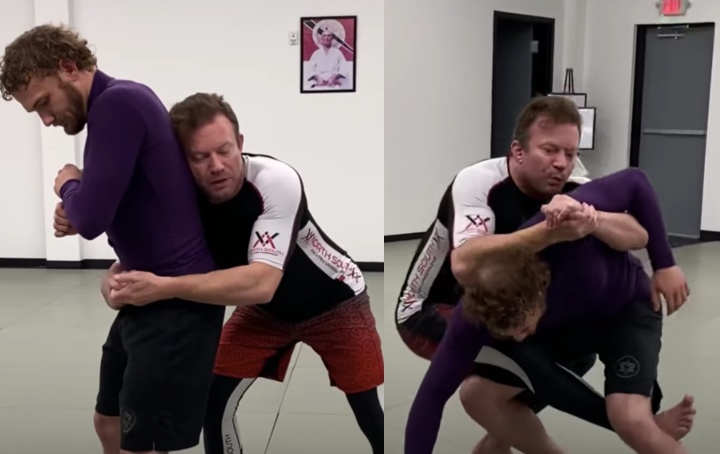 The biggest problem a BJJ guy usually has is nailing the actual takedown to bring the fight to the ground. Once you have a good wrestler or a fighter with great distance management, well sometimes that sprawl is too good to get by. The energy expenditure is insane, you usually end up on bottom when the attempts fail, and your often open to getting a devastating knee to the head while coming in. There is an alternative though, takedowns from the rear clinch.

If you’re lucky enough to get behind your opponent and establish a rear clinch, you will need some solid takedown options depending on the situation. BJJ black belt Eli Knight shows effective takedowns and transitions from the rear clinch that you should have your arsenal: