6 Different Forms Of Wrestling Found Around The World 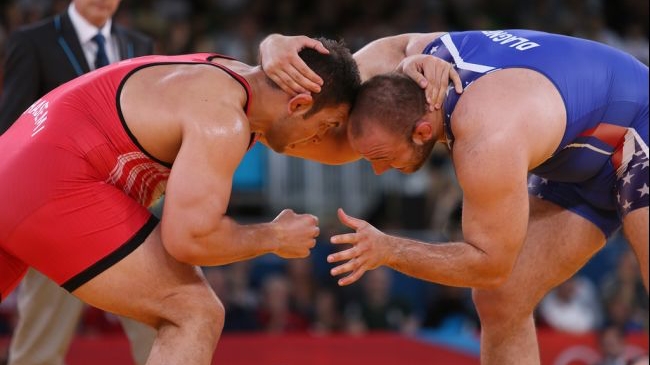 Wrestling is one of the most popular martial arts in the world. It’s a discipline that traces as far back as 15,000 years ago, depicted by cave drawings discovered by modern-day archaeologists in France. Today, it’s a sport loved by many, practiced by millions around the world.

Wrestling in Singapore, in particular, is practiced in many local gyms, due to it being one of the most important bases for mixed martial arts.

Conceptually, any form of wrestling involves various types of grappling techniques, clinch fighting, throws and takedowns, joint locks, and pins. It is the art of gaining a superior position on an opponent and rendering them incapacitated by using one’s own body weight as leverage.

There are, in principle, many different versions of wrestling depending on the culture it was developed in. In countries all across the globe, a unique version of wrestling can be found.

Inspired by our fascination with the art of wrestling, we’ve listed down a handful of different wrestling styles found from around the world, and detailed their unique characteristics.

Freestyle wrestling is a common form, which is practiced throughout the world. It is one of two wrestling styles featured in the Olympic Games.

In freestyle wrestling, the final objective is to throw and pin an opponent to the mat, which of course, results in an immediate victory. One distinct characteristic of freestyle wrestling is the use of a wrestler’s legs in both offense and defense, bringing together concepts from traditional wrestling, judo, sambo, and many others.

Freestyle wrestling is one of the six main variations of amateur wrestling competition practiced all over the globe. At one point, the Executive Board of the International Olympic Committee (IOC) considered removing wrestling as a sport from the 2020 Olympic Games. The decision was later reversed after backlash from the international wrestling community.

Needless to say, freestyle wrestling is extremely popular as an international sport.

Another major form of wrestling in terms of popularity and widespread practice is Greco-Roman wrestling. It’s a wrestling style that was introduced in the first modern Olympic Games in 1896, and has been included in every iteration of the Summer Olympics since 1904.

Greco-Roman wrestling, in contrast with freestyle wrestling, does not allow holds below the waist, or the use of the legs in offense and defense. This ruleset allows emphasis instead on throws, because it prohibits trip takedowns, in addition to hooking or grabbing the leg.

Because of this, Greco-Roman wrestlers have incredibly strong upper bodies, and are able to move heavy weight around with ease.

It’s the national sport of Iceland, a nation known for its naturally strong men. With origins beginning in Norway, the wrestling art of Glima traces its history as far back as the time of the Vikings and the Norse.

It is a standing style of wrestling with three distinct forms, the Hryggtök, known as the Backhold Grip, the Brokartök, known as the pant-and-belt grip, which features a leather contraption around the waist and thighs, and the Lausatök, otherwise known as the Free-Grip. The Lausatök is the most popular form of Glima, and participants can use a wide variety of holds.

Glima can be practiced both indoors and outdoors, and was traditionally trained as a form of combat. It has heavy emphasis placed on technique rather than brute force or strength.

Not to be outdone, Mongolia has its own very popular form of wrestling called Bökh. The term Bökh actually means “wrestling” or “wrestler” in the Mongolian language. It’s a traditional Khalkha Mongolian style of jacket wrestling. In Bökh, touching the ground with anything other than a foot results in defeat.

Bökh is considered the most important part of the Mongolian culture’s unique “Three Manly Skills.” The other two skills are horsemanship and archery.

Originating from India, Pehlwani or Kushti, is a Mughal style of wrestling, developed by the Mughal Empire, which combines aspects of the Persian koshti pahlevani with features from the native Indian malla-yuddha. The term Pehlwani loosely translates to “heroic wrestling.”

Contestants in Pehlwani are referred to as pehlwans, while masters or teachers are called ustad.

The sport of Pehlwani was greatly influenced by elements of catch wrestling.

One of history’s most famous practitioners of Pehlwani was Indian champion, Rustam-e-Hind, who went by the ring name “The Great Gama.” He is considered one of the greatest Indian wrestlers of all time.

Shuai Jiao originally came from the Chinese capital of Beijing. It is a form of Chinese jacket wrestling, which means to “throw and trip.” During the time of the Qing Dynasty, it was known as “Buku.”

Shuai Jiao was a form of wrestling practiced by the ancient imperial guards in the Liao, Jin, Yuan, Ming, and Qing dynasties to defend the empire in times of war. Modern-day Shuai Jiao techniques can be traced as far back as the late 1600’s, codified by the Kangxi Emperor.

Shuai Jiao practitioners traditionally wore a jacket called the “Da Lian” which had chaps over the pants, and allowed grabbing the chaps to lift opponents. Rules of the sport varied by location. Some rule variations include arm lock techniques in Beijing, and basic striking and blocking in Tianjin.