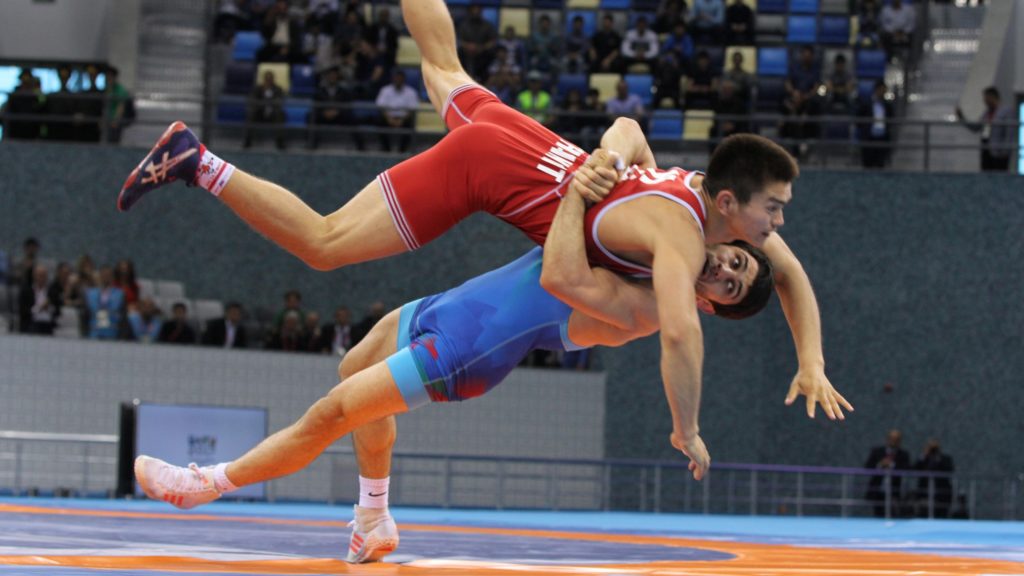 The sport of wrestling can be very demanding. It tests your physical, mental, and emotional endurance, particularly when you have just started being a part of it. There are a variety of mistakes that many beginners make that hinder their progression and the success they enjoy on the mat.

This article will explore some of the more common mistakes beginner wrestlers make.

1) Not understanding all the rules

This is almost unavoidable given the many rules that govern the sport. It is not uncommon for beginners to mix up some rules while being uncertain of others.

Not being sure of what the rules are can lead to missed opportunities during competitions. For example, a beginner might assume it is never okay to lock themselves against an opponent’s waist. While that is the rule in some scenarios, there are times when it is okay to do so.

The best way to grapple to your full potential when you start wrestling is by committing yourself to learning what the rules of the sport are. Various wrestling disciplines have their own rules, so make sure you learn the rules of the style you plan to learn and, perhaps, compete in. For example, there are many rule variations between Greco-Roman and Freestyle wrestling.

2) Not setting up shots

Like many other martial arts, it easy to miss the intricacies of wrestling when you are just getting started. With so many little details to pay attention to, some students develop bad habits that might end up coming back to haunt them as they progress through the ranks.

One of these common mistakes is forgetting to set up their takedowns. Not properly setting up a takedown makes it easier for your opponent to sprawl and avoid being taken down. You might get away with not setting up takedowns when you spar or compete with other beginners, but it will make it almost impossible for you to get takedowns against more experienced competition.

A good wrestler knows to set up their takedowns with their movements, head and arm control, and feints. The goal is always to get your opponent to think you are going to do one thing while doing something completely different. Master that art, and most people will a very difficult time stuffing your shots.

3) Not keeping your head up when you go for takedowns

Wrestling has proven to be one of the most effective martial arts in MMA.

Everyone makes this mistake when they first start grappling. It’s pretty natural for you to want to look at the ground while driving forward on a takedown.

In a strictly wrestling competition, it significantly diminishes the power you have to drive through your opponent. In a submission grappling situation, it leaves you wide open for a variety of chokes, particularly the guillotine choke.

4) Getting intimidated by opponents

Wrestling is one of the oldest martial arts.

Competitive sports like wrestling tend to involve lots of posturing prior to competitions. You might see people pumping out their chests or flexing their muscles to appear intimidating. Do not let this intimidate you or get you out of your comfort zone. That is exactly what those who engage in such acts are trying to do. Such behavior might even be an indicator that your opponent is not as confident as they are trying to portray.

Other beginners are intimidated if their opponent appears to be bigger or more muscular. Looks can be very deceiving, so a person looking like a bodybuilder does not mean they are automatically going to be stronger than you are. If you are both in the same weight class, neither one of you is likely to have a significant strength advantage over the other. Besides, good technique can negate an opponent being physically stronger than you are.

Some beginner wrestlers allow themselves to be intimidated by their opponent’s confidence. They see an opponent who is relaxed, having fun with their teammates, and not displaying any signs of nerves, and they freak out because they aren’t as confident. That is not something you should let get into your head. It is actually the mind frame you should have when it’s time to compete. An opponent being more confident than you are does not mean they will automatically win. It only means they are mentally prepared for the occasion, and you should work on being the same way as well.

Allowing yourself to be intimidated by things that have no bearing on the outcome of a match does not serve any purpose. Instead, remain calm, take deep breaths, and focus on competing to the best of your ability.

5) Not understanding the importance of proper technique

There are many little details that beginners tend to overlook when they first start training. This is typically to their detriment since these little details often determine which wrestler has the advantage. For example, keeping your elbows in tight close to your body is important in wrestling since it protects you from techniques like the “chicken wing” and “cement mixer”.

Or a beginner wrestler might shoot for takedowns with their head low, which makes it easier for the opponent to snap him to the ground.

Hand control is another little detail that beginners tend to overlook. Too bad, since it is arguably one of the most important intricacies of grappling. Win the battle for hand control and you are likely to dominate your opponent. Lose the battle, and you will find yourself being out grappled. As a general rule, never let an opponent lock his or her arms up around you. Breaking such a lock if it occurs should always be a priority.

It’s important to have good cardio for wrestling.

You can’t be a good wrestler when your gas tank runs empty a few minutes into a contest. Wrestling is an intense martial art that requires good cardiovascular endurance to compete at the highest levels. The best way to build up your cardio is by wrestling regularly. Each training session improves your cardiovascular endurance and builds up your core. A well-structured fitness routine coupled with consistent training takes your cardio to the next level.