6 Activities That Will Positively Impact Your Jiu-Jitsu 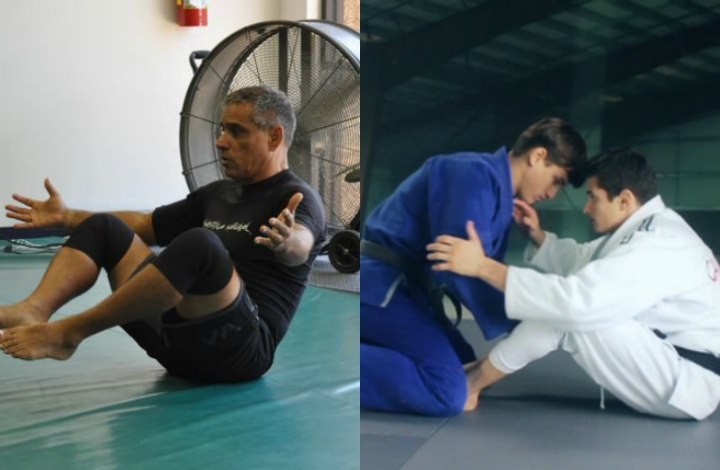 You probably have heard the saying: “If you want to get better at Jiu-Jitsu, then do Jiu-Jitsu.”. It’s true, nothing beats actually training in Jiu-Jitsu in order to improve your skills in that art. It is also good to broaden one’s mind and enjoy other activities which stimulate mind and body and in a strange way also will benefit your Jiu-Jitsu.

Here are activities that will directly impact your Jiu-Jitsu

Training in other grappling arts “BJJ Players Will Never Reach Their Full Potential Unless They Cross Train In Other Grappling Arts.”
John Danaher

Cross-training in other grappling arts, such as Judo, Wrestling, Sambo, Luta Livre or Catch-Wrestling to name just a few will directly impact and improve your Jiu-Jitsu.

Some of the most prominent figures in Jiu-Jitsu cross train. Roger Gracie trained Judo at London’s mythical Juod dojo the Budokwai and also trains Wrestling on a weekly basis. The Gracies (Rolls, Rickson, Igor, Rolles and Gregor) have quite a long love affair with Olympic wrestling. The Ribeiro brothers have long been training with a judo star Flavio Canto (who has learnt a lot of his newaza game with the Ribeiros).

– Different emphasis
The main emphasis in BJJ is the ground game. That’s why some gyms, especially those competition oriented ones, don’t put enough emphasis on the stand-up game (takedowns and throws). Some judo or wrestling training will open your eyes to a different aspect of grappling fight and teach you how to throw somebody and instantly apply an arm bar, get side control. Sambo, on the other hand, is great for finishing up your takedown with some nasty leg lock.

-Different techniques
BJJ in its emphasis on ground game techniques has brought them to the level of complete mastery. But that doesn’t mean other grappling styles have nothing to offer in that department.

Besides, even with the same techniques, there are some details that we can learn from fellow grapplers. Sambo has great leg locks executed right after a takedown. Catch wrestling and luta livre- cranks and heel hooks that you may never learn in BJJ because they are illegal. If you train Jiu-Jitsu, then you have most probably heard of or have seen some videos of your favorite fighters training Ginastica Natural. But how can you define this type of workout? Ginastica Natural is a complete body weight training method that develops physical qualities like strength, power, endurance, mobility, durability, balance, flexibility, coordination – resulting in muscle tone; weight-loss and core stability among others and through breathing techniques provides the practitioner with great progress in mental and motor control.

Ginastica Natural was developed in the heart of Brazil, 25 years ago by world-fitness leader and BJJ black belt Alvaro Romano, adapting ancient techniques, modern and natural to the spirit of women and men in a completely and unique manner. Master Romano has been around the Gracie family for years and his training techniques have been used widely by the Jiu-Jitsu community. Famous practicioners of Ginastica Natural include: Rickson Gracie, Saulo and Xande Ribeiro, Vitor Belfort, Georges St Pierre, Anderson Silva, Minotauro, Roger Gracie etc… It’s already well known that many BJJ practitioners also surf and we can mention names from Rickson Gracie to “Marcus Buchecha”. Even brands as RVCA and Red Nose are connected to both sports. The reason isn’t only because BJJ actually started and got greatly developed in Rio but as well because surfing demands a lot from the body and mind. You need to have very good physical attributes and balance as well as that special instinct that tells you where to go and what to do while surfing a massive and dangerous wave, exactly as during a tough BJJ fight.

Surf and Jiu-Jitsu have a lot in common as both are a lifestyle. Many surfers train Jiu-Jitsu. Among the most famous ones are Joel Tudor (BJJ balck belt) and the Michael Jordan of Surfing: Kelly Slater. Yoga is a great complement for BJJ since it will stretch your muscle fibers giving you much more flexibility which will automatically translate into less injuries. The benefits are so many that it leaves no doubts why many top athletes choose to use it as a tool in their arsenal. Apart from preventing injuries, which is already a great plus, it will also help you strengthening your joints, concentrate more on your breathing maintaining you calm during a fight and also help you build more tightness to avoid you losing postions so often, since some kinds of Yoga will work on your isometric strength a lot. Once more we can mention the name of Rickson Gracie, who used Yoga and breathing exercises to complement his training routine.

Why should a grappler incorporate Yoga into his or her training regiment and which are the greatest benefits ?

Lesser injuries.
Better breathing [huge!] Better use of energy, so you can spar more.
Moving smoother and quicker.
Increased flexibility, of course.
More powerful submissions and being able to hold them much longer.
Improved balance,base and control from top.
Your core will get much stronger, and this will help all aspects of your game.
The number one thing for me is the mental calmness (Keeping Cool) you get from yoga, which is paramount and crucial in a big tournament. This is a no-brainer and most of us probably already do some kind of S&C  training. This is actually a general term, because all the forms of weight training can vary drastically. Some might go for powerlifting style of training, focusing more on pure strength, while others will choose an approach more connected to conditioning and explosive strength, making the options almost infinite. It can also help with rehab prior to or when retuning to training after an injury. This is also an amazing sport to train your endurance and to learn how to properly breathe. As a benefit we can mention it isn’t very stressful for the joints and it can be used also as a stress reliever instead of a conditioning tool.