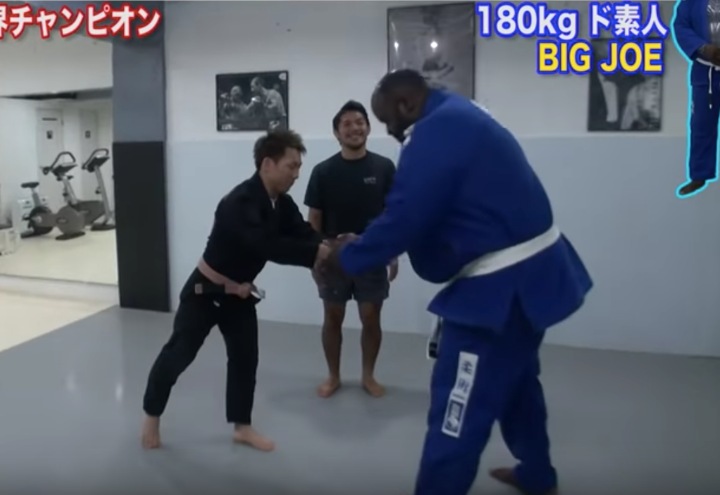 But what about when a 52 kg Brown belt world medalist faces a 180kg white belt with 1 year experience in BJJ?

Brown belt Yosuke Saruta wanted to test himself and he did so by facing ‘Big Joe’, a huge American who lives and trains in Japan. Yosuke has an amazing combat sports pedigree, being also a former One FC champion.