5 Takedowns You Need In Your MMA Game 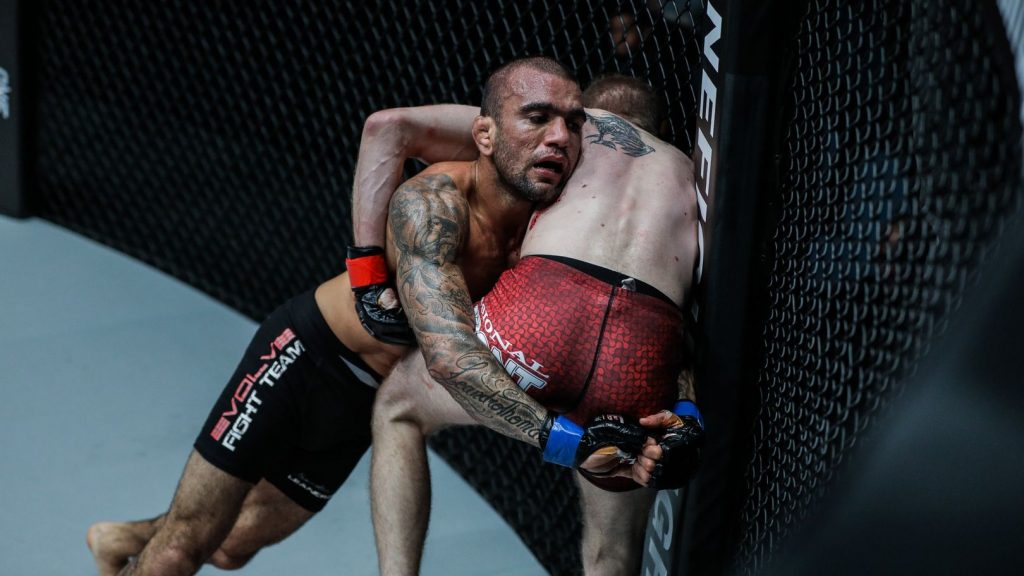 MMA is a complex sport. For one, it combines the best aspects of all martial arts into a seamless, pure fighting style. It features the nuanced striking of Muay Thai and boxing, and the intricate fight science of grappling.

One important part of MMA is wrestling. Wrestling allows fighters to control where a fight takes place, which is why so many fighters choose to use this particular as a base discipline in MMA. Despite all fights starting out on the feet, wrestling gives fighters the ability to take matters to the canvas, where they can utilize a host of dominant control positions, joint locks, and holds to pin or subdue their opponents.

These days, more and more people are studying wrestling techniques in MMA classes in Singapore. Wrestling makes use of a wide array of takedown techniques to effectively bring the action to the ground. Many of these techniques are essential in MMA.

If you’re serious about honing your MMA skills, then adding takedowns to your arsenal should be a primary area of focus for you. We’ve come up with a short list of a few basic takedowns you should strive to perfect.

Shooting in for a takedown poses a few challenges. Firstly, you certainly cannot telegraph your intention, because it will alert your opponent who will be able to anticipate your advance and react defensively. Second, you must have the proper technique in order to be successful.

Against an opponent with good defense or reflexes, it may be challenging to close the distance. Sometimes, one leg is all you can grab onto, and that’s where the single leg takedown comes in.

Once control is established, quickly pivot inward to turn the corner and bring your opponent down.

The double leg is one of the most commonly used takedowns in MMA. It’s also a high-percentage way of bringing your opponent to the ground. It’s definitely one of the first techniques you should learn when honing your wrestling skills. It is both simple and effective.

Against aggressive strikers, the double leg takedown is often available as a defensive tactic with a high connect rate. It’s also great as an offensive maneuver that can be set up with strikes, or from the clinch position via level change. Compared to the single leg, the double leg is a much more deliberate motion.

The great thing about the double leg takedown is that, even if it fails the first time, you can chain your wrestling to ensure its success. Wrestlers love to shoot for the double leg because it gives them many options, and the risk is relatively low.

The go behind takedown is another amazing wrestling technique that you can add to your game. This particular technique allows you to quickly take an opponent’s back, which will give you a host of finishing options. It is one of the most advantageous positions in any given fight.

However, the go behind is situational and is only available in certain positions. One of those positions is the front headlock. If an opponent shoots for a double or single, you need to defend with a good sprawl, and then catch your opponent in a front headlock.

From this hold, it’s just a matter of locking your opponent’s position by controlling the chin and neck, and the posted arm. From here, you can then transition smoothly to the back take and bring your opponent to the mat. The final step is locking in the body triangle.

In close proximity or in the clinch, if getting double underhooks or changing levels is difficult, another option is the ankle pick. Take note, however, that a successful ankle pick is predicated on who wins the inside positioning battle. Everything from wrist control to foot placement is crucial.

The idea is to pick the ankle of your opponent’s lead foot, dropping down to literally grab an opponent’s ankle and pull it to complete the takedown. Be wary of being caught in an arm triangle when you hit the mat, so don’t forget about your defensive awareness and instead actively seek guard.

The ankle pick is a great alternative when other basic takedowns from the same position are not available. It’s a good option to have that will diversify your takedown game.

Another commonly used takedown in MMA is the outside leg trip. It’s an easy takedown to perform and one that has a fairly high success rate.

It is performed by initiating a clinch. It is ideal to have underhooks in all clinch situations, but the outside leg trip can be executed in a manner of methods. Like any takedown, movements must be swift and explosive.

From the clinch, you will want to actively fight for underhooks, keeping your chest tight with your opponent’s to prevent separation. You can use a gable grip to secure the hold firmly before initiating the outside leg trip sequence.

Snaking your leg around the outside of your opponent’s leg, you can then use the takedown to crash to the canvas, landing in full guard. From here, you will have many options of attack.