5 BJJ Submissions From Closed Guard You Should Master 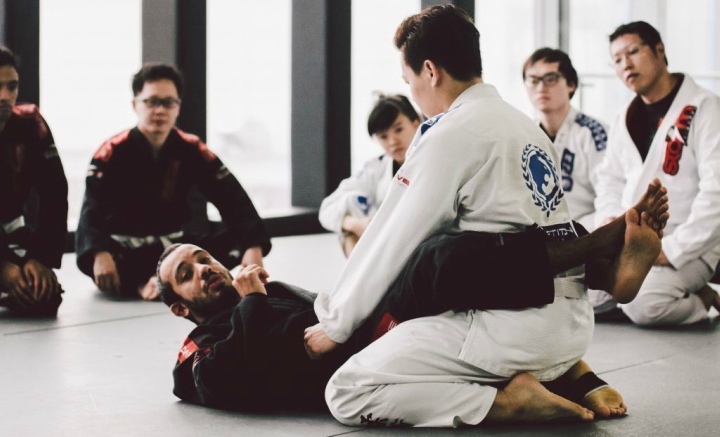 The closed guard is likely the first guard you will learn when you start your Brazilian Jiu-Jitsujourney. It’s a guard that gives you and your opponent equal weight in terms of position.

Mastering the closed guard becomes essential for any Brazilian Jiu-Jitsu practitioner. You have to learn your sweeps, defenses, and submissions from this guard, and when all else fails, you have to be able to escape to a safer position.

Let’s review 5 submissions you should master from the closed guard.

The Kimura submission is accomplished by getting your opponent’s hand to the mat. This could occur when your opponent is resting their hands on your core to keep their posture, or when trying to sweep your opponent to their back and they place their hand on the mat so as to retain their base.

An immediate reaction to your opponent not wanting to get submitted with a Kimura is to square up with you, driving you to your back in the process. Because you don’t have the angle anymore once you are on your back, a good submission option would be to ditch the Kimura grip and circle your arm around your opponent’s head landing with that hand chin-strapping your opponent’s chin.

Connect your hands together, preventing your opponent from posturing up. Finish this submission by placing one leg over your opponent’s back, preventing their front roll, and secure the tap by compressing in a crunching motion so that your overhooking elbow touches your knee on that side.

Sometimes finishing the guillotine will prove difficult. Maybe your opponent’s ability to breathe is better than expected, or maybe you just don’t have the correct positioning. Rather than continue to squeeze in hopes that your opponent taps, an effective alternate ending would be the “100%.” Maneuver the arm that was overhooking the head to under your opponent’s armpit and out the back. It’s important that you keep your opponent’s head positioned in your armpit so as to continue breaking your opponent’s posture.

To complete the “100%” submission, simply take your arm that is overhooking your opponent’s arm and meet your other hand, forming a gable-grip. Apply downward pressure with your lat and armpit, while your clasped hands provide upward pressure, forcing your opponent to tap from the pressure placed on their neck.

Another submission option you can land on your opponent when you get their hand to the mat is the Gogoplata. You must be sure to overhook that arm, however, so that your opponent doesn’t regain their posture. You will find it useful to slide your leg that is on this trapped arm side, up your opponent’s back and secure it in place using your free hand from your other arm gripping your shin.

When you master these closed guard submissions, your opponent will think twice about entering your guard at all. Put in your daily reps to continue to perfect your submissions from each guard. Remember, however, that the closed guard, as with other guards, is one of many you should become familiar with. Having the ability to switch to different guards based on the current scenario is important to becoming a dynamic Brazilian Jiu-Jitsu player. When you get comfortable with closed guard, seek new guards to experiment with.

Become A Submission Master Off Your Back With The Most Efficient Collection Of Techniques You’ve Ever Seen From Brown Belt World Champion Giancarlo Bodoni. 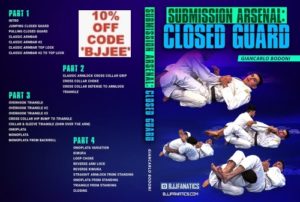