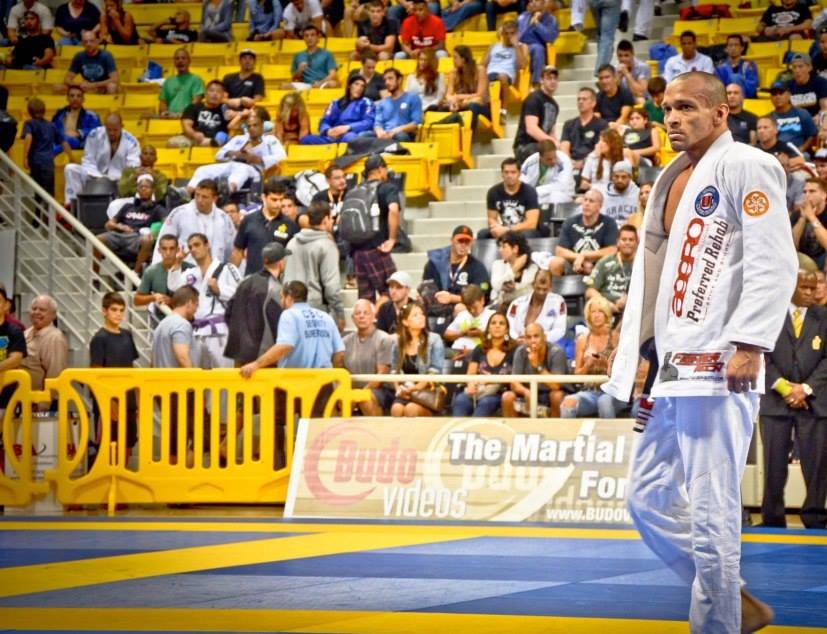 The BJJ Mental Coach Gustavo Dantas, is a fourth degree Black Belt in Brazilian Jiu-Jitsu from Andre Pederneiras. With nearly 20 years of coaching experience and being a World Class competitor, Gustavo is a Public Speaker as well as Certified Mental & Life Coach with a Bachelor’s degree in Physical Education from UFRJ (Universidade Federal do Rio de Janeiro). Gustavo left Brazil in 1999 with a couple thousand dollars, two bags, and one teenage dream: to have his own 100% Jiu-Jitsu Academy and make his living through the passion of his life, Jiu-Jitsu. The Gustavo Dantas Jiu-Jitsu Academy was established in Tempe, Arizona on March 6th, 2012, re-enforcing the statement, “Believe in yourself, believe in your dreams. Hard work pays off”.

Gustavo was the Jiu-Jitsu coach of the Mixed Martial Arts Gym, Arizona Combat Sports for eleven years, where he achieved his 2-0 MMA Record. During that time, Gustavo started the mission of promoting Jiu-Jitsu in the State of Arizona, becoming the vice-president of the Arizona State Brazilian Jiu-Jitsu Federation and turning a small, 40 competitor, “in-house” tournament in 2001 to an impressive 700 competitors in 2011, helping Arizona to be recognized as one of the Jiu-Jitsu power houses in the United States.

Gustavo recently qualified and competed in the IBJJF world championships in the adult division (Under 30 yrs old):

“I am a forty-year-old entrepreneur with a lot in my plate. I sacrifice a lot of my personal and professional time to prepare myself for tournaments, especially in the adult division, which is a different “ball game” by the way. Besides the Jiu-Jitsu training, I also include in my routine: Swimming, Strength & Conditioning and Physical therapy session, which is very time consuming, but is not all.

I teach classes and seminars, I run GDJJ Academy and a non-profit organization called Live Jiu-Jitsu. I also promote tournaments in Arizona, and I am currently pursuing a new passion in my life, my Public Speaking career with The BJJ Mental Coach, which is extremely fulfilling, but very time consuming. Oh I forgot, I have a personal life too 🙂

“Do I have anything to lose competing in tournaments?”

Why did I post this question? Mainly because I know for a fact that some people feel that I have “a lot to lose” in competing (especially in the adult division where the odds are against me). A tournament loss could compromise my “status” as I am an established teacher in the United States with a lot of students. I also have a lot of worldwide support from The BJJ Mental Coach movement.

Very often people will give me compliments about the competition challenges that I have been accepting lately. Most of them say things like: “You have guts man!”

What makes me different than any other person who trains and competes in Jiu-Jitsu tournaments and accepts the big challenges? Is it because I am putting my “status” or my “reputation” on the line? No, it is my perspective! I ALWAYS remind myself: “Gustavo, you have NOTHING to lose! This experience is a win-win situation!”

In the past year I competed nine times. I went to Abu Dhabi, Munich, Rome, Gothenburg, Las Vegas, Long Beach (twice), Irvine and Torrance. I met great people and I was introduced to new cultures. I learned a lot about Jiu-Jitsu and, the most important thing to me, I learned a lot about myself! I learned how to deal with my emotions more efficiently as well as failure, success, wins and losses.”