4 Top Tips on How to Defeat Younger, More Athletic Grapplers 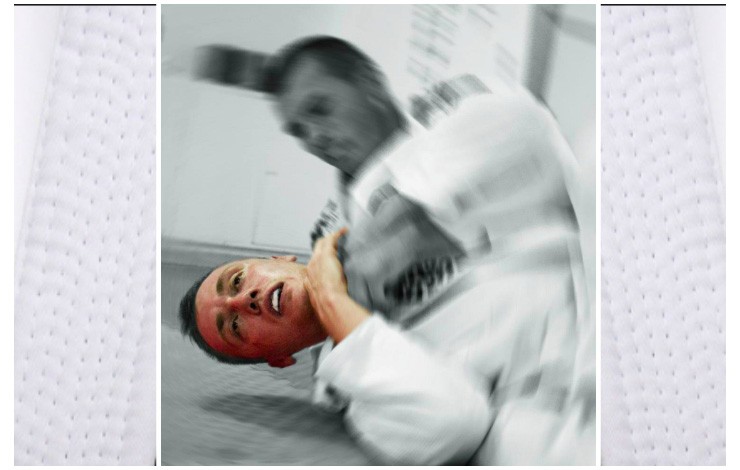 Losing speed and explosiveness with age and can’t train as much as you’d like? This is for you.

When you hit your mid 30’s and your body starts to slow down and you can’t train as much as you’d like, you will be forced to adapt and evolve your Jiu-Jitsu game or else have a hard time facing more athletic young guns in training and competition.
I’ve set up a plan which I will share with you.

You have to be very strategic, very defensive, patient, and have a whole game revolved around a position in which you are a master: let’s take for example, the half guard.

There is a guy who trains with me, I won’t reveal his name but let’s just call him “Mr. Half guard”. He is someone who is not fast, has almost no stand up, has average strength, and is not explosive. I’ve seen some of our younger and athletic guys get caught in his spider web and have their whole game rendered completely senseless when they spar with him. What he does so well, is slow down the game, and let his opponents do all the work. He will wait patiently for a mistake then capitalize with a sweep at the right moment. The reason that he plays this game is by necessity as he realizes that he can’t compete with the others with his muscles and speed (or lack of), but he can with his intellect.

So let’s break down the key concepts of this style:

1. Protect yourself and awareness.
2. Make your opponent do all the work.
3. Baiting.
4. Capitalizing

1. Protect yourself and awareness: One thing that a lot of people take for granted is having a good defense. It’s more popular to learn a fancy guard pass or submissions. Try learning how to shut down your opponent by being aware of what he’s doing and DEFENDING EARLY. It’s like the famous saying, how do you defend a rear naked choke? Don’t get there in the first place. You need to have awareness and protect yourself at all times.

2. Make your opponent do all the work: Staying calm is a must. It’s is when you are completely panicked that you gas out in a fight. Control your breathing and do not rush. This is where the defensive style comes into play. Rushing to achieve a sub or position can cause you to lose position and possibly the fight. Why try to match the superior strength and endurance of a younger opponent? It is a losing battle. Let them do the work, get frustrated, screw up and then sweep or improve your position. It’s a bit like watching Anderson Silva fight MMA. He won’t hit you unless you attack him. He’s a counter puncher/kicker. Watch this video of one my instructors from France, Black Belt, Hugo Fevrier. He is one of the most patient and strategic guys I’ve seen in competition. He almost always does the same thing. He waits till his opponent pulls guard, passes slowly, when he is in side control, uses a lethal technique which consists of putting his elbow and knee in your ribs, to open up either an armbar or a choke. Watch this video of one of his fights.

In this fight, you can see how Hugo Fevrier uses a patient game to finally impose himself on his opponent

3. Baiting: when you get your opponent stuck in the position that you’ve mastered (full guard, half guard, top or bottom) you have to be patient and work all the little secret techniques that you know will have an effect on your opponent. I remember sparring with a 40 year old black belt from London at the Carlson Gracie academy (Simon Hayes) a few years ago. His specialty was fighting on top in the opponent’s close guard. He was a master in the single under hook pass and he would nail everybody with it. The thing is he would bait the opponent by putting his right arm inside the opponent’s legs so that he would go for a triangle. But Simon was a master at placing his body in such a way that he would already be working on a pass before the opponent could close his triangle. He usually finished with a choke or guard pass. This is a move that he drilled and trained for years and he mastered it.

In this video of Simon at the Europeans you can see what I mean: FFWD to 3:15 to see the baiting and the pass, and submission.

4. Capitalizing: When you see that your opponent falls for your trap is when you have to capitalize with your go to moves (a submission, a sweep or a pass). This is where timing is key. You acquire this skill from years of practice and feeling the right time.

To finish, let’s hear it from someone that trains just 2x a week.

Cane Prevost, a self confessed hobbyist black belt, talks about on his great blog, how he was able to change his game in order to deal with younger, athletic training partners:

We constantly struggle with training/life balance. There are many times that I’d like to go to the gym but make other choices. I see many younger guys at the gym 5 or 6 days a week. I’m lucky if I make 3. Usually it’s 2. I always want to be at the gym and would be happy to be there 5 nights a week but the stuff I’d have to give up to make that happen are too important. Many nights I have to weigh spending time with my family or spending time at the gym. It’s a hard sell to leave my family responsibilities for an entire evening. As much as I love going to the gym I have to make different decisions many times. I don’t want to look back 10 years from now and think that I got really good at Jiu Jitsu and was a mediocre family man. I’ll be honest though it’s a constant struggle. I see the younger guy’s games improving rapidly and feel a bit stagnant at times because I’m not training as much. It can be a bit of an ego buster if I’m not careful. Even at black belt I can tell myself that I’m not good enough, or dedicated enough, or not a good asset to the gym because I don’t prioritize it in the way some people do.

We have to train and roll different. I don’t have the time in training to constantly explore and find new techniques. I do experiment and look for new solutions but much of my training time is spent refining what I already know. In fact I’m constantly trying to make my game smaller so there is less to maintain. I probably have about 3 submissions. Maybe 3 guard passes. Most things I can do effectively on only one side. Making my game smaller makes it easier to maintain and grow on even 2 days a week.

When I roll I can’t go fast and hard. If I do I’ll gas after one or two rolls. Instead I roll at about 50 to 60% most times. This allows me to roll as long as I want. I can roll for hours at this pace. It also allows me to build a game that is not based on conditioning, or speed, or strength. It’s a game I can keep as I age and it doesn’t take a ton of conditioning and strength work. This means though that the young athletic purple belt will catch me in stuff. They’ll get the guard pass sometimes. They’ll get submissions. I could match them if I wanted to. I have about one or two rounds in me at young guy athleticism and speed. If I needed an ego boost I could burn up my tank in a pissing contest.

If you want to dominate younger, faster opponent’s, you should have a look at Bernardo Faria’s ‘Battle Tested Pressure Passing Series‘: You Don’t Need To Be Young, Strong Or Fast To Use Bernardo Faria’s Method.Bernardo puts both knees on the mat when he passes. This is because when you are on the knees you shut down most of the guards including: De La Riva Guard, Berimbolo, Single Lex X Guard, X Guard, Worm Guard…
This is “Old Man” Guard passing at its finest.
Hence, on your knees everyone has the same athleticism. 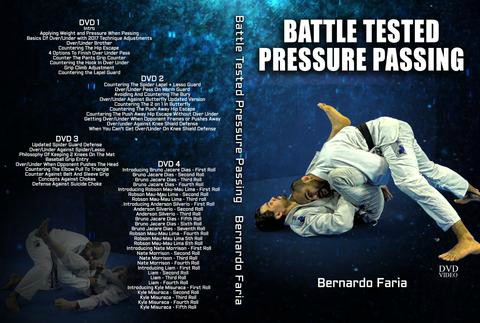