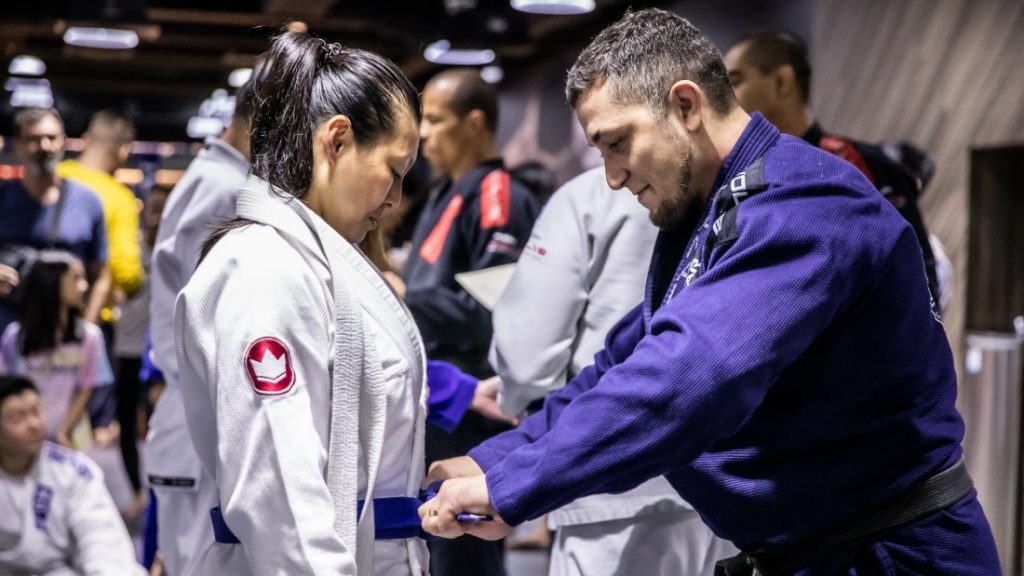 Belt promotion in Brazilian Jiu-Jitsu (BJJ) is always a proud moment for anyone who takes training seriously. Whether you’ve just received your first stripe on your white belt, or you’ve been awarded a new belt altogether, being promoted is an awesome feeling and one that you should be proud of.

You’ve put in the time, and your instructor has acknowledged all your hard work.

You’ve been in constant training, and you always show up for class promptly at the right time. You take your warm-ups seriously, and you put in more than a hundred percent in every drill. Yet in the back of your mind, you’re always asking yourself. When will my instructor promote me?

A lot of thought goes into belt promotion. It isn’t a one-dimensional process, and many factors contribute to whether or not instructors deem it’s time to promote their pupils. For your instructors, making the decision on who to promote and when to promote them is not a simple process.

BJJ in Singapore, particularly, has become very popular, and many people have chosen to don the gi. If you’re reading this, you’re probably wondering how to impress your instructors the next time you’re in BJJ class.

Ever wondered what goes through your instructor’s mind when deciding on belt promotion? These four points should give you an idea.

1) Has your technique progressed? 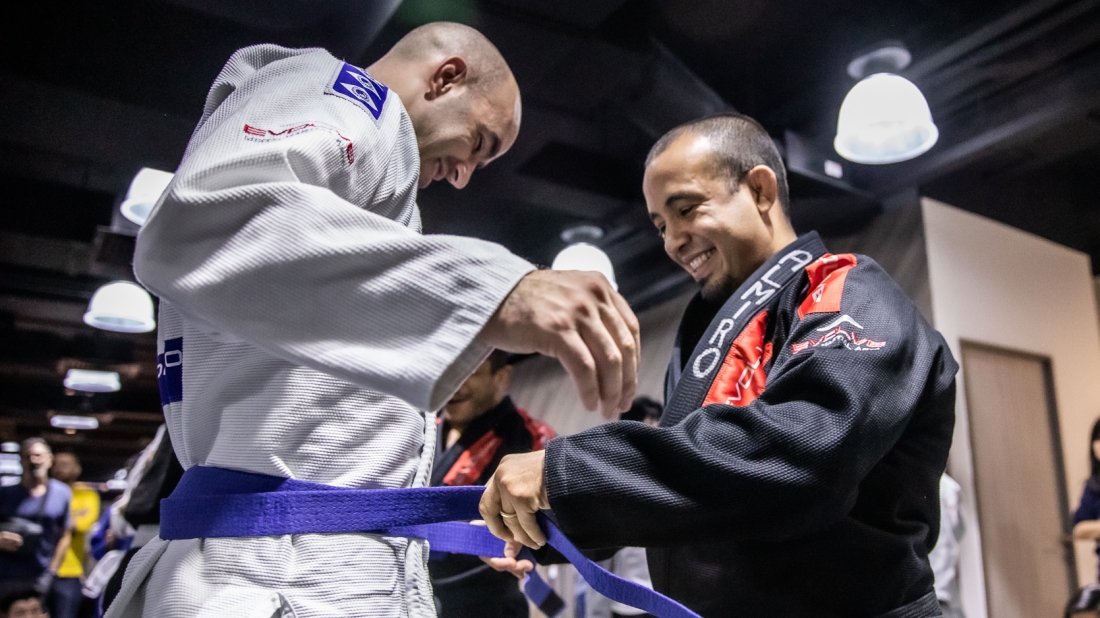 Being promoted in BJJ is a sign that you are progressing as a martial artist.

If you stick to training diligently every day, put the work in, and really give it your time and effort, developing your techniques is inevitable, and you’ll find yourself advancing pretty quickly especially through the lower belt levels.

Spending time on the mat is important. The more hours you put in rolling, stretching, drilling, preparing your mind and body, and being engulfed in BJJ, the better at it you’ll become. Just like any other martial art, the amount of effort you put in BJJ will reflect in how good your skills are.

Instructors are always looking at technique, to see if you’ve improved, cleaned up flaws, and at what pace. How good are you becoming? Yes, developing at a fast rate will catch your instructor’s attention, but there’s more to it than just that. Your instructor wants to see the quality of your techniques.

If you train hard enough, you’ll become physically stronger, faster, more agile, and flexible. This bump in physicality alone will help you become better at BJJ. But then, you’re missing the true essence of BJJ, which is that technique is above physicality.

Your instructor is looking for you to improve your technique above all, and when you do that consistently, it could open you up for a possible belt promotion, or at least be considered.

2) How do you compare to fellow students? 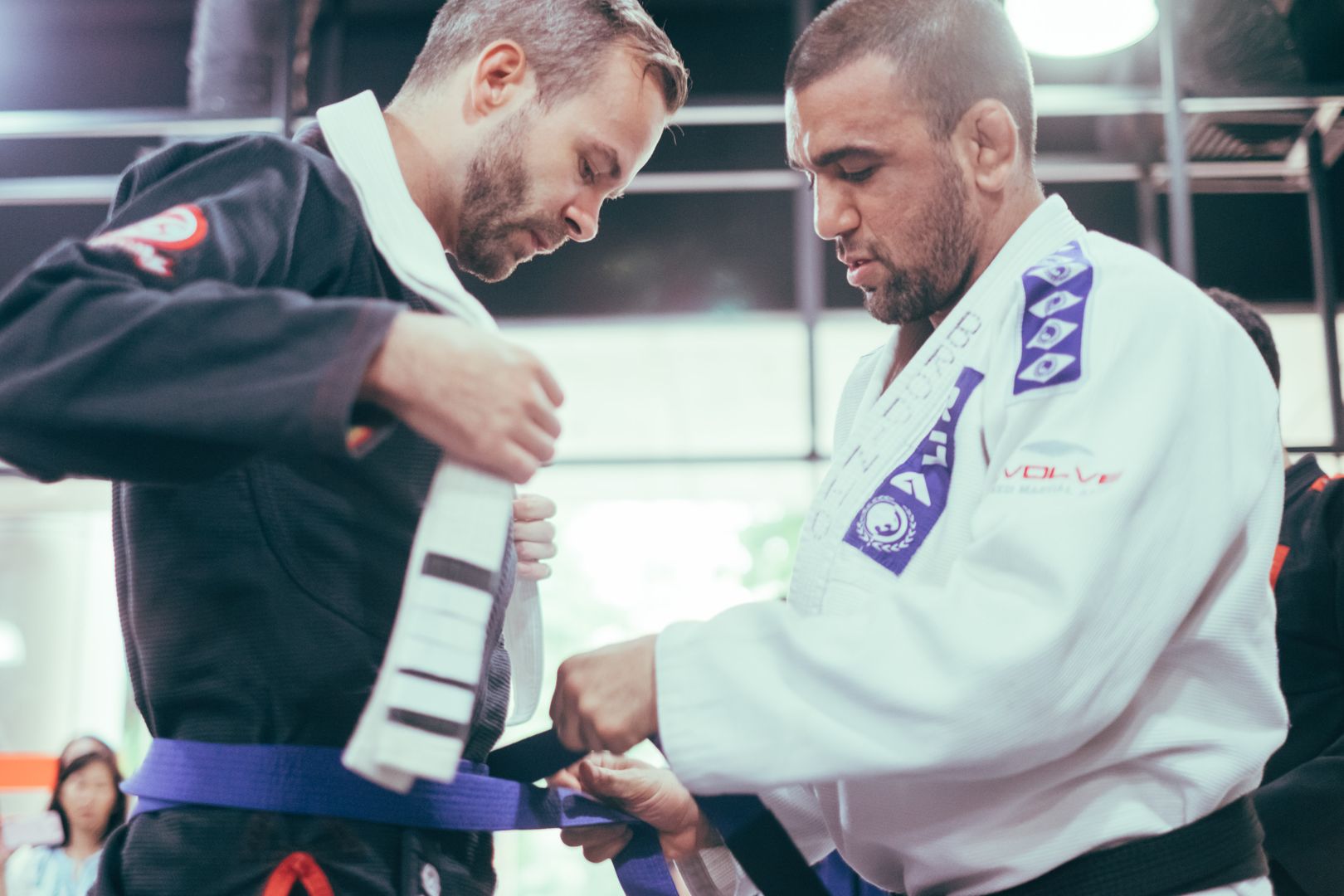 A student being promoted to blue belt at Evolve MMA (Far East Square) in Singapore.

BJJ is not just a martial art, it’s also a highly-competitive sport, and your instructor will be looking at how you stack up against others. Your instructor is always comparing you to other students and how you are progressing in relative terms.

Essentially, this means your instructor is looking at your performance against other students of the same belt level. Are you capable of imposing your will and game plan against others, and successfully execute your transitions, escapes, and submissions? Are you able to defend against other students’ attacks? This is the first consideration.

The next thing for your instructor to consider is when you roll with students at higher belt levels. How do you stack up against them? Are you able to defend against their advanced attacks? Do you make it hard for more advanced opponents to submit you? Are you able to attack with your own submissions?

When you perform well against your peers, or even your seniors, it will catch your instructor’s attention. Perhaps you’re ready to be promoted to the next level.

3) Is this the right time to promote you? 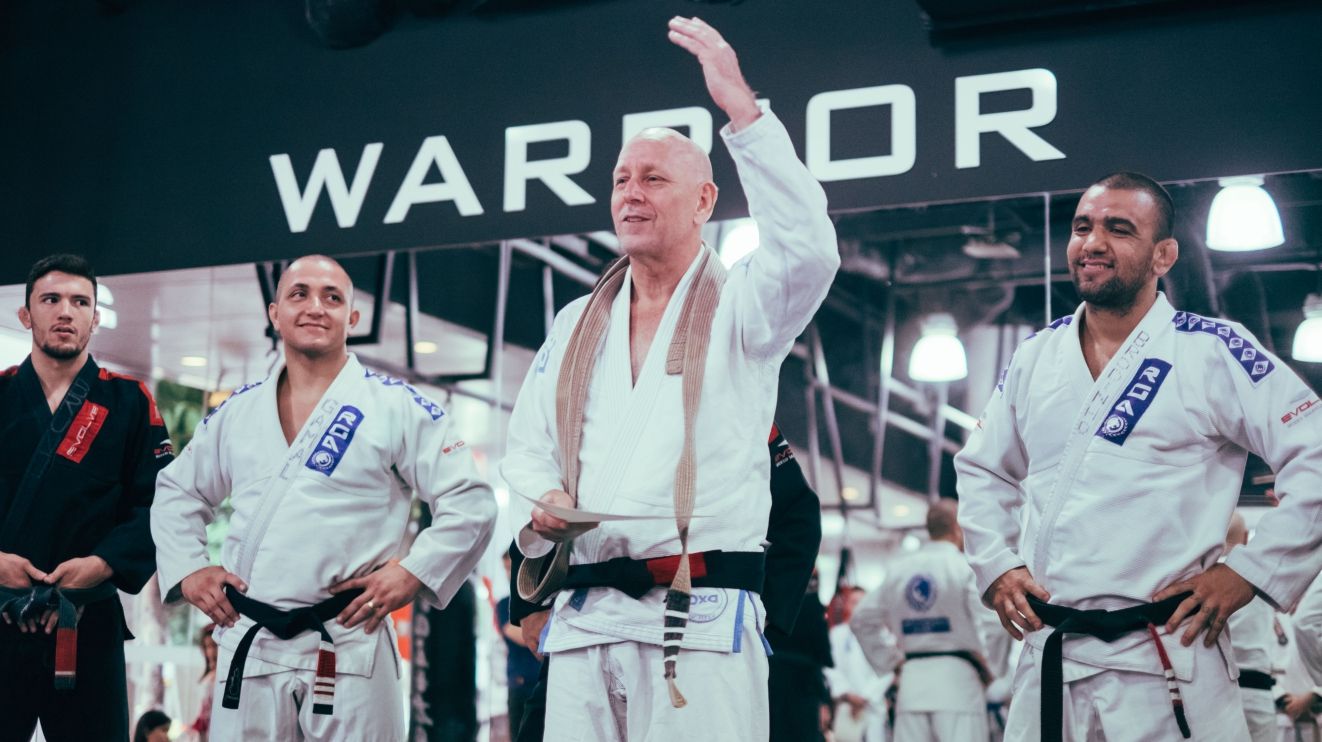 Getting a black belt is the ultimate achievement for BJJ players.

Timing is very important, especially where belt promotion is concerned. Some students take years of practice to advance through the different stages. But continue to put in the work, and eventually, your time will come.

In some instances, even if a student showcases all the necessary technique advancements, a broad reservoir of knowledge enough for promotion, the instructor still has to decide whether or not it’s the right time to promote somebody.

In many ways, your instructor is not just a coach. Your instructor is invested in your well-being and all-around progress, not just wanting you to transform into technique robots, but also a true martial artist who understands this way of life. Your instructor wants you to become an ambassador for the discipline, and carry yourself with confidence.

There’s a right time for everything. Just put the work in, and your promotion will come.

4) Do you represent the art with the right values? 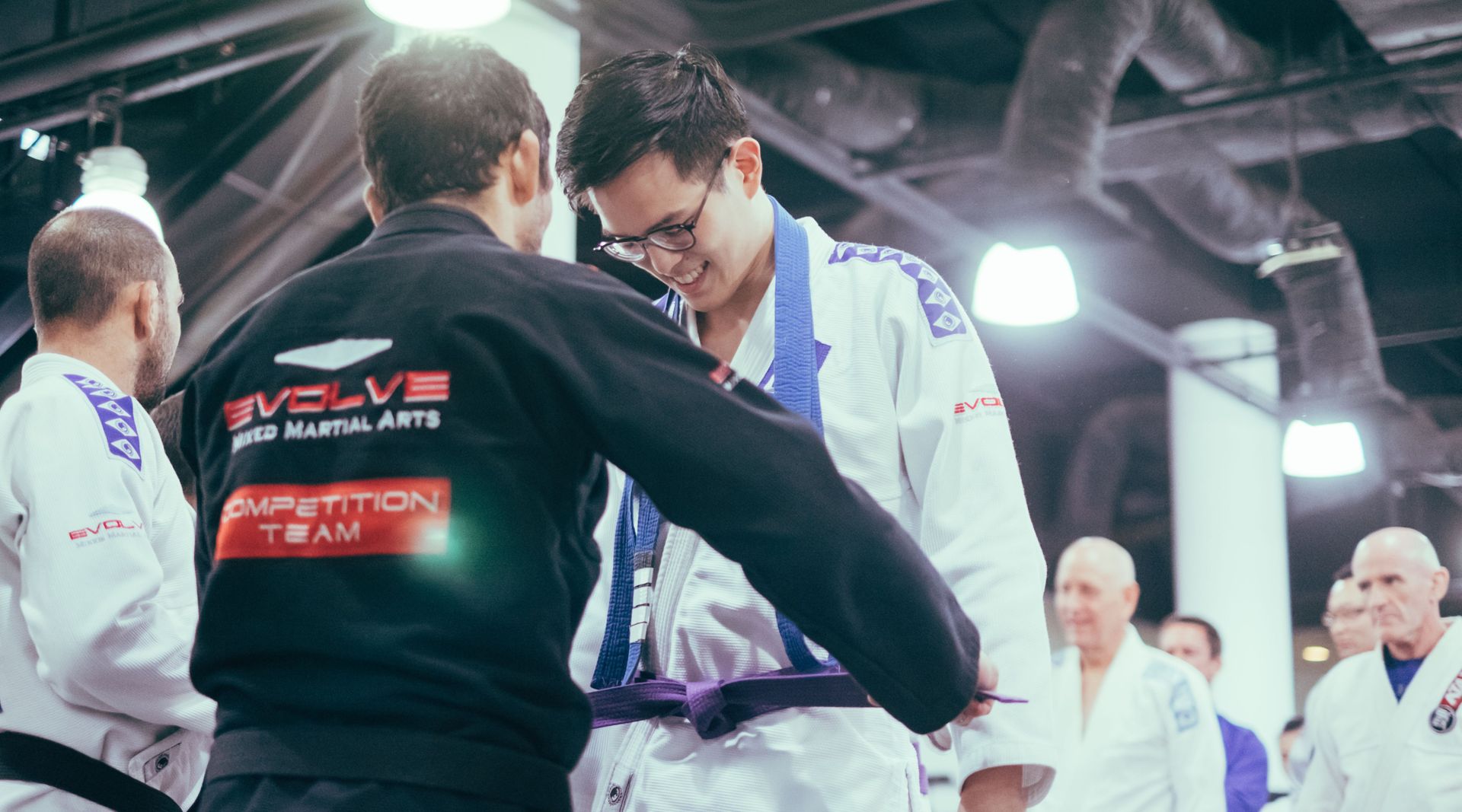 Getting promoted in BJJ is a big achievement and milestone in the journey.

Last but not least, instructors are looking for students who represent BJJ with the right values. BJJ is a martial art, after all. And true practitioners don’t just embody the physical aspect of it like technique. It has to become your way of life, your philosophy.

You have to carry yourself with honesty and integrity in everything you do, show humility and respect to your seniors, coaches, and even fellow students who are lower than you and with less experience. Your instructor is looking for you to always remain coachable, and in constant pursuit of knowledge, as well as be willing to help others whenever the opportunity presents itself.

When quickly progressing through the ranks, it’s easy to become arrogant and you lose sight of your own capabilities. This is why so many people are humbled on the mats.

The student can’t just be good at BJJ. That’s simply not enough. BJJ is a true martial art, and should be for true martial artists. When your instructor sees this in you, that’s a green light for belt promotion.