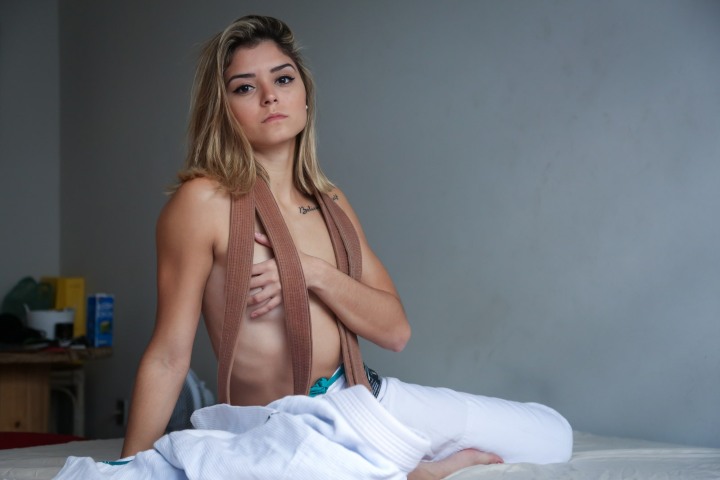 Wrestling, BJJ and MMA are combat sports that were developed by men and initially for men to prepare for battle or in a sports setting, for competition.

If you look at the Gracie family in Brazil, most of the women in their family had very little grappling training and were even not encouraged to train by the men in the family. Kyra Gracie was the only female member of the Gracie family to reach the rank of black belt and she eventually became a respected world champion.

This BJJ girl from Australia decided to make a video explaining what exactly should women be aware of and avoid doing when training in BJJ, wrestling and MMA…

1. Revealing low cut shirts under the Gi and when doing No Gi.
2. Wearing make up on the mat.
3. Wearing perfume.
4. Piercings (Ouch!)