4 Fun Martial Arts Costumes You Can Wear On Halloween 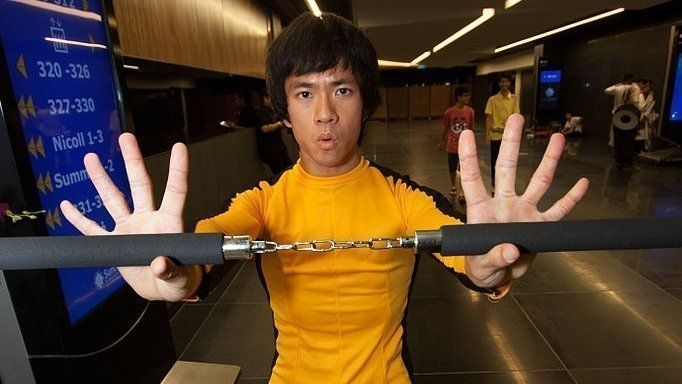 Halloween is just around the corner, so if you haven’t gone out and picked up a costume just yet, there is still time. And if you’re still thinking of whether or not to go, you should. It’s the only time of the year we can wear something truly outrageous.

As you probably would have figured out by now, martial arts isn’t just a serious discipline that we have to practice religiously, it can also be super fun. In fact, fun is one of the main ingredients to success in martial arts.

Martial arts has been ingrained into our history and culture. Throughout time there have been many prominent figures in martial arts who have inspired and who have created many stories that we love to hear about today, some real, others fictional. Why not go as one of them?

To help you out with your decision, we have shortlisted a few worthy options. Today, Evolve Daily shares 4 martial arts superhero costumes you can wear on Halloween.

Who else better to go as on Halloween than the man himself? Bruce Lee is the single most iconic figure in martial arts. His story has been told numerous times in various parts of the world. He is legend personified.

Lee is the world’s most influential martial artist. The founder of Jeet Kune Do, and recognized as the Father of Modern-day Mixed Martial Arts, Lee has captivated fans with his unparalleled skill, dedication to his craft, and undeniable charm.

Aside from being a true martial artist, Lee was also a big Hollywood movie star. The films he in the early 1970’s are still widely viewed today. The bright yellow tracksuit he donned in Enter the Dragon is his signature look, although you can also go with his famous black trunks and nunchaku, complete with scratch marks on your chest. Also, make sure to practice his famous fighting noises and screams and get your slick bouncing footwork down to really transform into a convincing Bruce Lee.

Arguably the most well-known mixed martial artist in the world today, “The Notorious” Conor McGregor of Dublin, Ireland is the former UFC lightweight champion and one of the biggest stars in all of sports.

He burst onto the scene with a unique aura of self-belief, commanding attention with his distinct swagger and familiar gait. His masterful use of verbiage and prose has drawn unbelievable hype and attention to his fights, and in just a few short years, McGregor has been able to capture both the featherweight and lightweight titles.

The McGregor look is one that is brimming with unwavering confidence, and he also likes to use many different props. As a Halloween costume, you can put on fake tattoos, don a huge fur coat and embellish yourself with chains. Or you can go the more polished route, coming in with a pinstripe blue suit, a pair of shades, and a thick Irish accent.

The most prolific icon in women’s mixed martial arts, Rousey is the picture of hard work, determination, and pride. A former US Olympic judoka, Rousey was the first UFC women’s bantamweight champion, winning her first 12 fights as a professional, 11 of which came in the first round, and nine via her signature move — the armbar.

Although she no longer competes professionally, Rousey remains one of the most inspirational figures in MMA, and one that remains an inspiration to women everywhere for her accomplishments.

Wear your hair in double buns, just like Rousey, and practice your mean mug in staredowns. Style out with an authentic MMA rash guard and fight shorts. If you can get your hands on a pair of UFC gloves, that would complete the look. 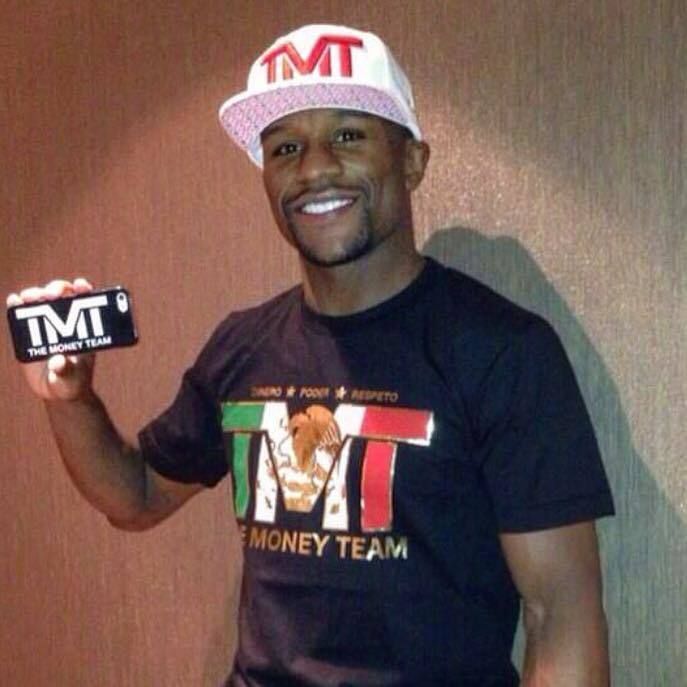 Floyd “Money” Mayweather is one of the most iconic boxers in history. His perfect professional record of 50-0 remains intact after spending over two decades as a professional prizefighter, 16 years of which Mayweather spent as a world champion. Furthermore, he is no doubt the world’s most recognizable athlete.

In his prime, Mayweather was a master technician and arguably the greatest pure defensive boxer of all time. His ability to evade danger with slick head movement and parry punches with his patented shoulder roll have become the gold-standard of true defense in boxing. His style, however, which has been polished through years and years of training, is extremely difficult to replicate.

Bring your swag and deck yourself with bling as you transform yourself into one of the greatest boxers the world has ever seen. The look consists of an all-black theme, complete with a TMT baseball cap and The Money Team t-shirt. Carry with you wads of fake dollar bills and start making it rain.

Wear a big, bright smile, the kind that says you have a million dollars in cold cash right in your wallet. And walk with the confidence of an undefeated champion. An added detail to complete the costume would be to find a few of your most intimidating friends, deck them out in TMT gear, and have them follow you around as your entourage/bodyguards.