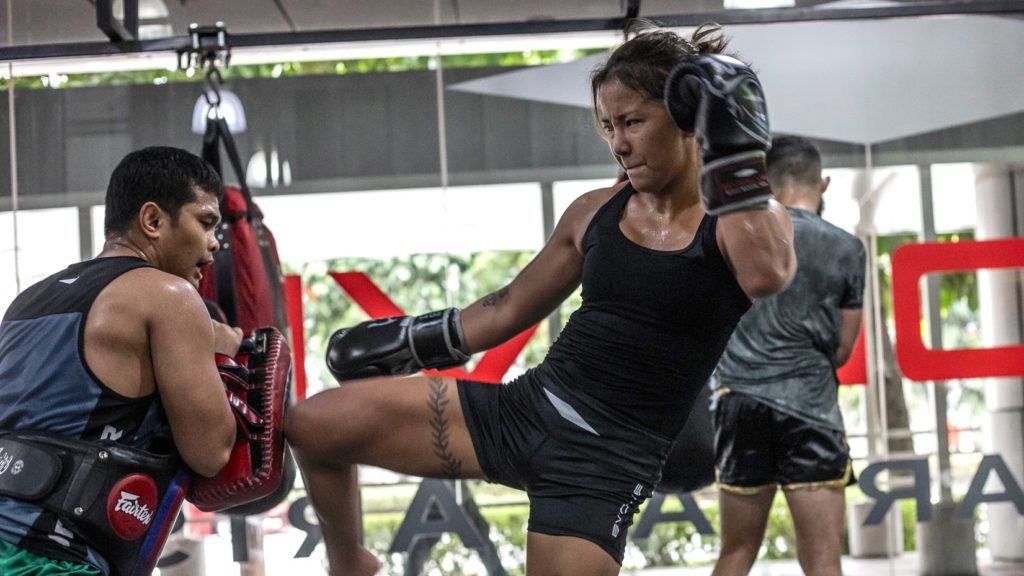 People around the world are becoming a lot more health conscious, and Singapore is no exception. The good thing is that nowadays there are so many different types of workouts to choose from. One type of exercise that has gained in popularity in Singapore over the last few years in martial arts. Martial arts in Singapore is booming and people from all walks of life are discovering how fun and effective it can be. It should come as no surprise, as martial arts training develops not just athletes, but true fighters. To be able to shape a true fighter, they must be forged in fire.

But martial arts isn’t just for fighters, it’s also a viable health and fitness option for many looking to get fit and in shape. The reason is simple. At its core, martial arts training helps people burn loads of calories and energy in a quick and effective manner, resulting in significant weight loss. That’s why a lot of people in Singapore have turned to it for their primary workouts.

Each martial arts discipline is different however, and there are many varied workouts that make up training. Whether it’s the technical science of boxing, or the fast-paced full throttle action of Muay Thai, martial arts training is designed to push practitioners to the limit so they can reach their full potential.

A boxing class consists of some of the most intense workouts you’ll ever experience. Training consists heavily of upper body cardio exercises. But aside from endurance, there are also exercises that develop strength and speed.

Practitioners take a 1-5 kilogram dumbell in each hand when going through their shadow boxing drills to add an element of resistance. This makes shadow boxing effectively much tougher than regular. Just a few rounds of this exercise and you’ll be gasping for air.

Ideally, you should be doing three rounds of this exercise as a beginner, and the increasing when your body has gotten used to the workout. It’s a great way to work up a sweat and get yourself prepared for the rest of the training session.

Pad work in Muay Thai is one of the toughest workouts you can do because of the sheer amount of full-body activity required. In Muay Thai, you move your arms, legs, elbows, knees, and all related muscle groups. It’s both a strength workout and a cardio workout.

People love doing Muay Thai pad work because it burns a massive amount of calories, up to 1,000 calories per one-hour session depending on intensity. More importantly, pad work is an engaging and enjoyable experience, which is why it’s such an effective tool for fitness and weight loss.

People looking for a fast track to weight loss must try a Muay Thai class.

Most people don’t think of Brazilian Jiu-Jitsu (BJJ) as a high-intensity workout. On the surface, it’s not as fast-paced as its striking-only martial arts counterparts. There’s a reason they call BJJ the ‘gentle art’ and it’s because the martial concepts focus heavily on efficient movement and the use of body weight as leverage.

BJJ practitioners are however extremely nimble and flexible, and they got that way by training their bodies through various drills and exercises designed to maximize their full physical potential.

These drills require practitioners to mimic the movements they may use during a BJJ match and are a great way to train strength, stamina, and balance. Although they may look easy, doing them repetitively really gets a good burn going.

Similar to BJJ, wrestling has its own set of intense training drills designed to build strength, speed, and explosiveness. Wrestling’s primary focus is control, and this is done by taking fights to the ground and dominating an opponent. Hence, much of the drills revolve around enhancing takedown techniques.

Wrestling takedown drills are incredibly tough because they use different parts of your body to physically impose your will on another human and bring him down to the mat. This is extremely difficult to accomplish, especially if the other person knows what you’re going to do before you do it.

If you’ve ever had difficulty performing a burpee, wrestling takedown drills are five times harder and require twice the amount of effort. It works out your core muscles, your hip and torso, shoulders and upper body, and your legs. Like all martial arts drills, it’s a complete total body workout that will get you results very quickly.