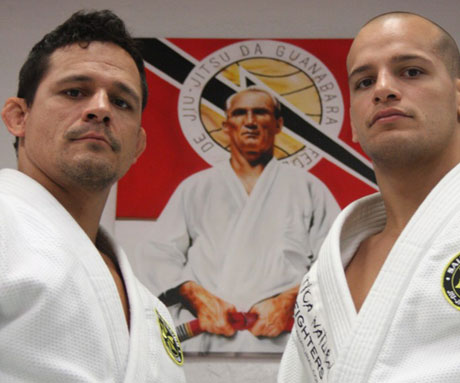 Brazilian Jiu-Jitsu attracts all types of profiles from computer nerds to elite athletes from other sports. At this year’s BJJ world champion, it was quite surprising to see strength athlete Chad Wesley Smith compete in the white belt division. Smith is the owner/founder of Juggernaut Training Systems and one of the most accomplished powerlifters in history.

In powerlifting, Smith has incredible PRs of 435kg squat, 257.5kg bench press and 367.5kg deadlift. He also has notable results in strongman…

Can you imagine facing a monster like that on the Jiu-Jitsu mats, as a white belt competitor?!

Smith ended up taking 2nd in the Ultra-Heavy Division at Novice. He won by Americana but lost in the finals.

Check out his performance:

IBJJF Novice (White Belt) Worlds is in the books. Took 2nd in the Ultra-Heavy Division. Won here by Americana but lost in the finals. Improvements for sure from my last competition where I got beat twice. Fun to take on new challenges for sure. Thanks to my coaches @brentlittell and @philipefurao and all my training partners at @graciebarra_hq, especially Austin Baker who was a great help today. Excited to get back to some hard training and keep improving. Thanks to @flograppling for the video #JuggLife #GracieBarra #JuggJitsu