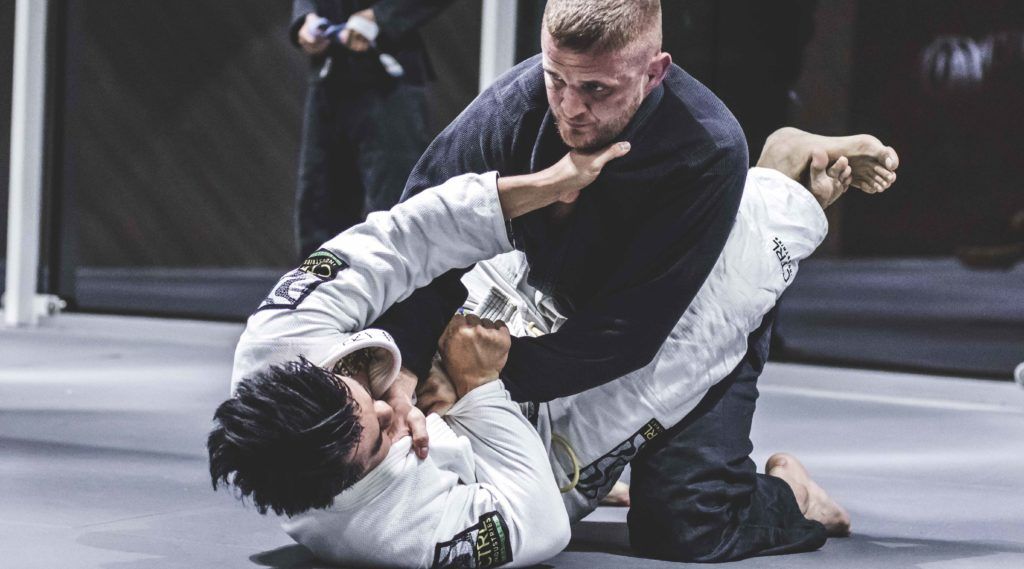 Brazilian Jiu-Jitsu to the untrained eye is probably the most complex martial art to observe in action. It requires the rigorous drilling of techniques, an understanding of balance and leverage, and also a degree of improvisation and adjustment on the go. As a result, the top practitioners and professors in the world teach the techniques either conceptually to give the general idea or step by step. Either way, it can take many viewings and many repetitions in practice to really understand a particular position.

Perhaps the most important element within BJJ, and the one that sets it apart from practically every other martial art in the world, is the ability to fight off your back. If you consider that your guard in boxing and Muay Thai is your hands and arms, in BJJ it’s mainly your legs. The human body is incredibly maneuverable and capable of making all kinds of shapes, so new types of guards are being developed all the time. In this article, we’ll break down a selection of the basics for you to understand as a practitioner or fan of the sport.

The grandaddy position of classic BJJ, the original guard that will see you through from white belt to black belt. Whether you’re a first-timer or a seasoned veteran, the full guard will practically never let you down. It offers an enormous amount of both defensive and offensive options and places the opponent in top position in the middle of all your available weapons.

To take the full guard from your back, pull your opponent between your legs, wrapping him around the waist and interlocking the ankles behind his back. In this way, you greatly limit the opponent’s movement, stopping his advance while simultaneously creating opportunities for your own sweeps and submissions.

It’s important to note what both players want to achieve in this position. For the top player, there are practically no attacking options when locked in full guard. To advance you need to first maintain an upright posture (to prevent submission and sweep attacks), open the opponent’s legs, and then either start attacking his legs with submissions, or attempt to bypass his legs (passing the guard). For the bottom player, you want to break the opponent’s posture. Pull him towards you and keep him tight, working to trap arms or the neck and begin your attack. You can either off balance him into a sweep (where you reverse from bottom to top), or attack with submissions.

In a technical sense for the top player, when passing the guard to side control, stopping off in your opponent’s half guard is simply a step in the right direction. However, this can be a grave error. Many great BJJ practitioners love the half guard and base their entire game off of this diverse position.

The half guard position is another one taken from the back. Instead of locking the entire body of the opponent, one way of securing half guard is to lock one of his legs at the thigh (above the knee) with both of yours. This two on one option is very secure. Another version is referred to as an open guard position, where your legs are wrapped around one of his, but not necessarily secured and closed, granting you greater mobility. This position is also referred to as the knee shield, as the knee is now blocking the opponent at the chest, limiting his ability to smash down and pressure you.

In this position, the top player wants to either smash the bottom player’s legs down, and pass his guard using pressure, or create more space to move and get around using speed and precision. For the bottom player, there are a number of options available. There is an enormous variety of sweeps and submissions available to you here, as well as the ability to sit up, catch an underhook and even take your opponent’s back!

If you’re a fan of modern BJJ and MMA, it’s important to have an understanding of this very complex family of guard positions.

In traditional or classical BJJ, the vast majority of submissions are targeted at the upper body. Chokes, arm locks, shoulder locks, wrist locks, you name it. In the past it was almost seen as unsportsmanlike to go for leg locks, leading this area of the game to be largely neglected, even by some of the top practitioners in the world. Perhaps this is the reason why leg locks and leg trap positions are proving so effective and seeing a huge resurgence in modern grappling martial arts.

You would most likely need to write another ten articles to explain the complexities of leg locks and leg traps in their entirety. However, to understand roughly what you’re looking at, the “Ashi Garami” position is a good place to start.

For the person caught in this position, it’s either start moving and escape at all costs or eventually tap. Standing, rolling, pulling the attacker closer, all are options to employ in freeing yourself in this position. For the attacker, an absolute buffet of attacking options are available. With small adjustments you can transition to ankle locks, heel hooks, inverted heel hooks, sweeps and all manner of other ways of getting the finish, you only need learn them step by step.

There’s no quick way to understand the whole guard game in Brazilian Jiu-Jitsu. The very best thing you can do is buy yourself a gi, head down to a martial arts gym and learn from the best. The beautiful thing about BJJ is that the celebrities of the sport are often head coaches at many different gyms, so learning from the cream of the crop is as easy as signing up at a gym. Just remember to leave your ego at the door, and definitely tap early and often in the training room.