3 Tips For Wrestlers Transitioning To MMA 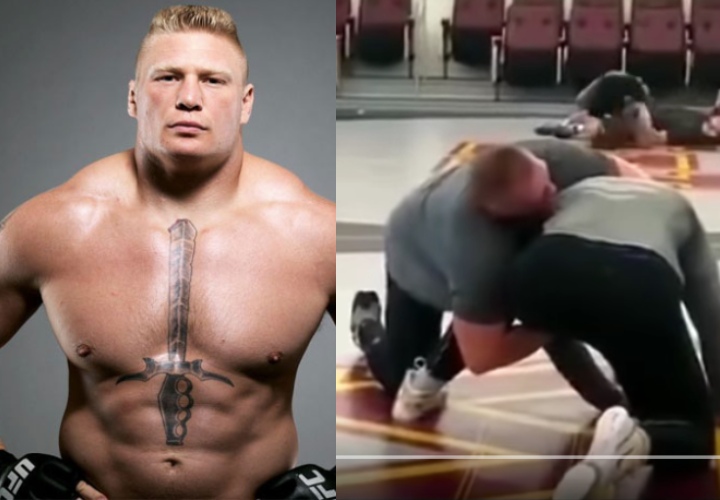 Wrestling is one of the best bases to have if you’re thinking about transitioning to MMA. It teaches you how to control and dominate your opponent on the ground, and, even more importantly, it allows you to keep a fight where you want it to be: standing up, in a clinch, or on the ground.

That’s perfect for MMA given the fact fights are judged based on effective striking, aggression, and cage control.

Wrestlers have to make weight for competitions just like MMA fighters, so that makes transitioning to mixed martial arts a lot easier for those with wrestling experience. In addition, wrestling teaches toughness in a way few other martial arts do. You learn to push your body even when you’re exhausted, and you learn how to impose your will on opponents.

With so many benefits to having wrestling as a base, it’s not surprising how much wrestlers have dominated mixed martial arts. Ben Askren, Daniel Cormier, Cain Velazquez, and Jon Jonesare excellent examples of how well wrestlers can do in mixed martial arts if they make the transition properly.

If you have years of wrestling experience and you’re thinking about giving MMA a go, here are a few things you can do to make your transition a lot easier:

1) Dedicate yourself to at least one striking art

It’s called mixed martial arts for a reason. Being great at only one aspect of fighting is no longer good enough to cut it. Sure, it worked during the earlier days of MMA when most competitors where only experts in one style, but a lot has changed since then. The average mixed martial artist today is well versed in multiple fighting styles, and even those who seem to be one-trick ponies like Damian Maia and Khabib Nurmagomedov are a lot better-rounded than they appear at first glance.

Make sure you compliment you wrestling base with other martial arts. Since you already have one grappling art mastered, start with a striking-based martial art. MMA fights start standing up, so you want to make sure you are comfortable standing up and trading strikes with an opponent. If you are not comfortable striking with someone for the entire duration of an MMA fight, you need to get more sparring time under your belt.

Remember, you won’t be the only MMA fighter with a wrestling background anywhere you decide to compete. You could easily run into an opponent who you are unable to take down, so you should be prepared for the possibility.

Boxing and Muay Thai are great striking martial arts to complement your wrestling with. Many wrestlers tend to favor boxing since your feet remain firmly planted on the ground when you strike, making it harder for your opponent to shoot in on you.

One thing that Ben Askren revealed is that early on in his transition to MMA he decided that his ‘best friend’ needed to be his striking defense rather than his striking offense. Keep this tip in mind if you make the switch to MMA.

There’s a rivalry of sorts between different grappling martial arts. That sometimes leads to students of one style failing to appreciate the strengths of another. That is a huge mistake given the fact practitioners of different martial arts can learn a lot from each other. For example, a BJJ fighter can become more effective by incorporating wrestling or judo for the takedowns and takedown defense.

Likewise, as a wrestler, learning how to apply and defend submissions will make you more effective inside a cage. Submissions are grappling’s version of a knockout punch, allowing you to end a fight from even positions that are traditionally considered to be disadvantageous.

Learning how to apply submissions instinctively improves your ability to defend against them since you are aware of what your opponents are trying to do.

As a wrestler, the most complementary grappling art you can learn in BJJ since it teaches how to finish your opponent from positions that wrestling teaches you how to attain. Adding a few judo or sambo throws to your repertoire doesn’t hurt either.

3) Train with a competent MMA team

Iron sharpens iron, so make sure that you find some likeminded MMA fighters to train with. Your team will serve as a support system that’s there to motivate you when you need an extra push. They’ll also ensure you are working as hard as you should when you’re at the gym.

You also need to train with a host of competent MMA instructors. There is no substitute for that. At this point in its evolution, mixed martial arts is a legitimate combat style in itself, so make sure you are getting instruction from someone who understands its intricacies.

Most importantly, do not neglect to put it all together. You need to spend lots of time on the mat mixing all these styles together. How well you are able to transition from aspects of one martial art to another is what determines how successful you will become as an MMA fighter. You should be able to flow smoothly between different styles.

Having a good MMA team around you will also ensure you are better prepared for fights. You’ll get lots of helpful advice from your sparring partners who already have lots of mixed martial arts experience, which means you’re more likely to peak at the right time and make weight without complications. Your training partners will also give you tips on how to stay relaxed and shake off nervousness.

Your instructors will likely be the ones managing your corner during fights, so make sure they are up to the task. Incompetent corner teams have cost many fighters important fights. Mike Tyson’s completely clueless corner during his fight against Buster Douglass is a good example of what can happen if you end up with cornermen that don’t know what they’re doing.

Follow these three tips listed above, and your transition from wrestling to mixed martial arts will go smoothly.