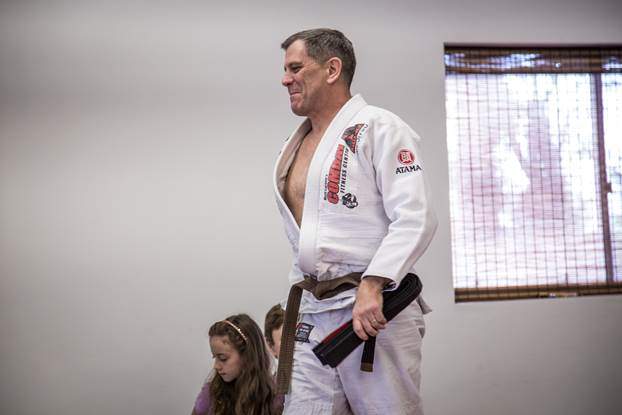 Lt. Gen. Mike Ferriter, the commanding general of Installation Management Command is the general officer who shepherded the creation of the Army combatives program. He has earned his black belt in Brazilian Jiu-Jitsu, and he credits the service with introducing him to a discipline that grows leaders and builds confidence and competence.

Lt. Ferriter said that he got his first taste of Brazilian Jiu-Jitsu in 1997, when he was a lieutenant colonel commanding a battalion in the 75th Ranger Regiment.

The regimental commander, then-Col. Stanley McChrystal, called on his battalion commanders to renew their emphasis on hand-to-hand combat, and the leaders and their soldiers began training in Brazilian Jiu-Jitsu, Ferriter said. 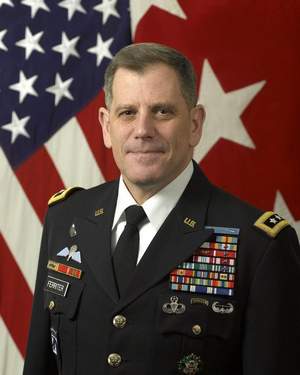 “I was a baseball player, a basketball player. I used to look at wrestlers and grapplers and think, ‘I guess they can’t catch a ball, so they just grab people.’ ”

When I started BJJ, I found out that’s it’s as much about leadership and confidence and competence.”

Ferriter used that knowledge to build the combatives program.

“It was a terrific physical fitness workout, and I decided if I was going to be a promoter of the program, I would keep doing it as long as I was in the Army,” he said. “I wanted people to say, ‘If a former basketball player who’s getting older and older can do this, so can every soldier.’ And if every soldier can do this, the Army’s that much better.”

Ferriter received his black belt during a March 8 ceremony in Atlanta. Jacare Cavalcanti, a renowned Brazilian Jiu-Jitsu practitioner and a founder of the prestigious Alliance Jiu-Jitsu Team, presented the award.

Ferriter said it was “humbling and at the same time unbelievable.”

But, more important than that, Ferriter said, is the benefit soldiers can gain from combatives.

“We, in the Army, are a hands-on, boots-on-the-ground force, and we should do all that we can, always, to prepare our soldiers to be confident wherever we place them,” he said. “As we build their confidence, we build their readiness and their resilience.”

What is army combatives: