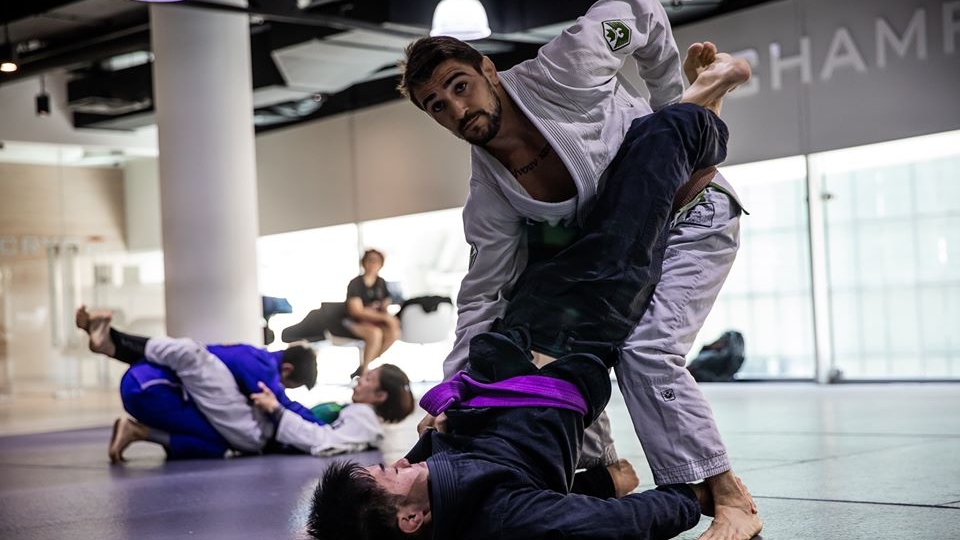 People join a BJJ gym or take up other martial arts for various reasons. One of the reasons is obviously to learn the art of self-defense so they can protect themselves and their family. Other reasons include building self-confidence and improving mental clarity, among others.

A major reason people take up martial arts, however, is because they want to get into prime physical shape. Martial arts training, unlike any other health and fitness program, can help you lose dramatic amounts of weight and fat, and help shape and tone your muscles.

But different martial arts targets different parts of your body. Boxing and Muay Thai, for example, focus on strengthening your upper and lower torso, and improving your stamina to be able to deliver multiple striking combinations consistently.

While most who train in Brazilian Jiu-Jitsu are interested in learning the gentle art of grappling for self-defense purposes, practitioners could be unaware of how it also brings about many physical benefits. Training in BJJ no doubt improves your strength and conditioning, just like any other martial art.

The core is responsible for your body’s basic functions, like breathing. It also helps you with your overall balance and stability. Likewise, if you want to improve your performance on the mats, strengthening the core should be your primary focus.

Nevertheless, a multitude of BJJ drills and training exercises directly work on your core. Shrimping, one of the most basic drills you perform in BJJ, attacks the core and the hips, which are both extremely important in grappling. A strong core and good hips allow you to execute quick escape, stop guard passes and sweeps, as well as possess the explosiveness to power your submission game.

Of course, the more you train in BJJ, the stronger your core will get, and the more athletic, flexible, and physically capable you will become.

Footwork is a major component of BJJ, which directly trains the lower torso.

Many people on the outside looking in won’t consider BJJ training a good way to work your lower torso. The first option obviously goes to striking martial arts that utilize a variety of kicking techniques such as Muay Thai, kickboxing, and taekwondo, among others. And that’s understandable.

However, BJJ training absolutely works the lower torso just as much as other martial arts disciplines, just in a different way. In BJJ, you’re always conscious of foot and knee placement. Whoever has the advantage in positioning is usually on the offensive, while the defensive end is constantly guarding against transitions and possible submissions.

BJJ drills like guard passes, knee mounts, and spins, all make use of the lower torso in varying degrees and angles. Drills are relatively simple to perform, featuring simple movements, but they require tremendous leg strength. That makes it imperative to develop not only leg strength, but also flexibility and footwork.

There are different kinds of BJJ footwork drills that use facilities like the heavy bag, or a grappling dummy, or even sparring.

The same concept applies to the upper torso, which is used to gain leverage in BJJ. Many people may not realize it at first, but BJJ training develops both the biceps, triceps, and shoulders.

The biceps and triceps, in particular, are utilized extensively in submissions and various elements of wrestling, including takedowns, transitions, sweeps, and the like. The forearms are also strengthened to improve grip for executing locks and holds.

You’ll find that BJJ practitioners often train their upper body with deadlifts and pull-ups, for example. Power wheel crawls, medicine ball drills, and farmer carries are also included. Depending on the training program and the instructor, these workouts could be included.

In essence, BJJ training develops the full body. So if you’re looking to gain strength, improve flexibility, improve breathing and stability, BJJ training will help you get into shape quickly and effectively.

So what are you waiting for? Start your BJJ journey today to get into the best shape of your life.