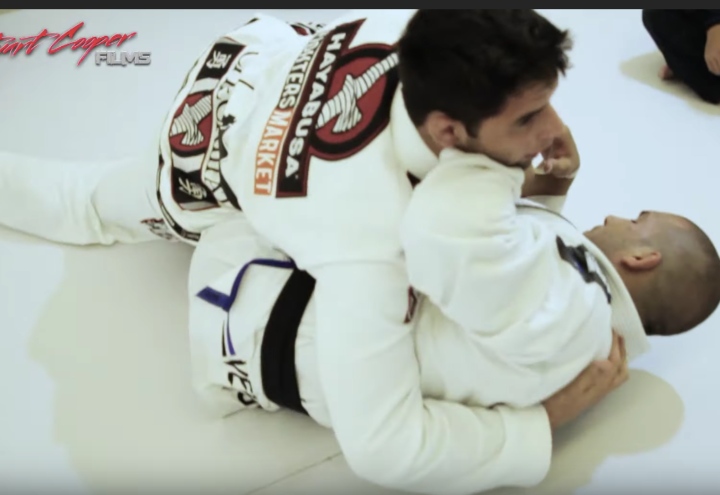 KEEP YOUR BALANCE, KEEP YOUR POSTURE

Guard passing is all about finding ways to situate yourself into a more dominant position than your opponent, in order to push forward with offense. But how are you supposed to stay on top of your attacking game, if you are the one in danger?
In other words: what if you’re being threatened by your opponent’s attacks, instead?

This is exactly what your opponent is trying to do. While you’re trying to pass their guard, they are trying to sweep you, so that they get into a more advantageous position than you’re in.
That is, your first objective is not letting your opponent successfully impose his attacking game by sweeping you. And the way to do this is by keeping your balance and posture!

The only way they can sweep you is by messing up your balance and your posture (and by eliminating your capability to post). Therefore, you need to stay focused on preserving these two capabilities.
To improve them, other than through practice, keep your center of gravity low. This shall keep you as unsweepable as possible.

TAKE CARE OF THE LEGS, NEUTRALIZE THE HIPS

None of your guard passing attempts will work unless you manage to pass the opponent’s legs. It’s the legs that they will use to keep you at bay, to create distance, and to create opportunities for an attack. Therefore, your secondary objective in guard passing – right after making sure that your posture and balance are alright – is to take care of opponent’s legs.

But even after you’ve cleared their legs, your opponents will still be capable of keeping you away from them! No, not just with the frames they create with their arms. Much more importantly, it’s their hips that will make it possible for them not only to keep „running away“ from you; but for them to re-insert their legs and push you back to square one.
Thus, after their legs, focus on immobilizing their hips.

If neither your opponent’s legs nor their hips pose problems, you’ve practically passed their guard!

However, no matter how good your posture, balance, as well as your guard passing skills are, you won’t be a successful guard passer without another important skill; the skill of timing. You’ve got to go for your guard pass(es) at the right time. If you don’t, all of your technique will be for nothing, as the opponent will be able to properly defend himself.

This is one of those skills that will only come with time. You can’t force it; the only thing that you can do is be aware of its importance, and keep rolling with it in mind. As you accumulate mat time, so will you harbor your sense of timing; which you will then be able to compliment with two of the above-mentioned key aspects, to become a formidable guard passer.

Watch Buchecha use the folding pass to pass any type of guard: