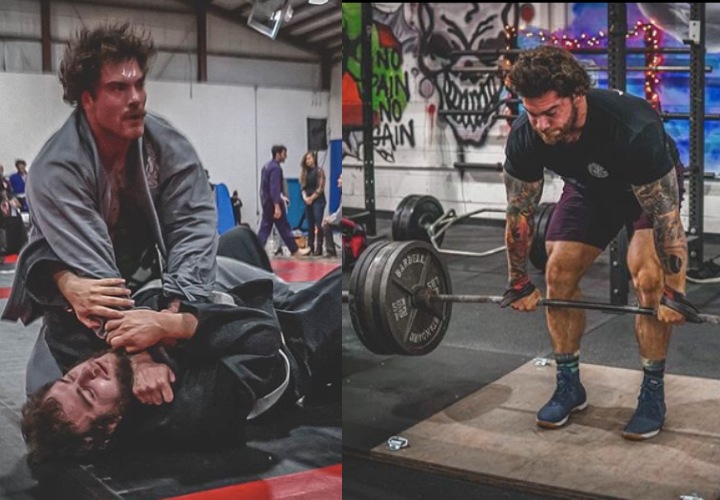 Jiu jitsu is all about the little guy defeating the big guy but nobody can turn away when a 250 lbs powerlifting champions enters their bracket.

Joey Szatmary is a 6’2 242 (105kg) strength sport athlete. He’s competed in CrossFit, Olympic lifting, and now in Strongman. He recently was on team USA for strongman. He is a full time gym owner and want to help others.

He has been training BJJ for a year:

He talked about the experience of competing in BJJ:

Hey guys as you know I’ve been doing BJJ aka Brazilian Jiu Jitsu for a year now. I’m really enjoying it and competing in BJJ. I wanted to show you guys some of my brazilian jiu jitsu matches as beginner white belt and some of my basic white belt submissions. Being a strongman is my main goal at the moment but BJJ is a secondary goal of mine and I will continue to compete in it the rest of my life..