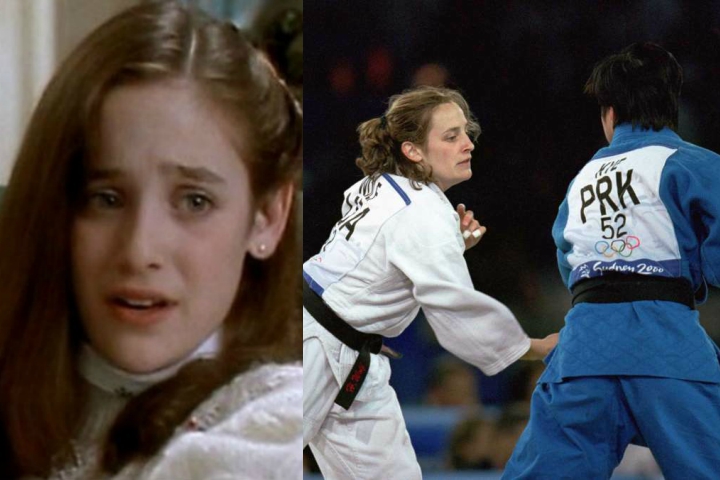 Hillary Wolf competed in the Atlanta Olympics in 1996. Many of remember that time and the cult classic that was “Home Alone” like it was yesterday.

as he’s begging his family to tell him what to pack for their trip to France.

She’s kept up with the tough appearance even privately because she become the focus of the public once again as a judoka. When she was 19 at the time of the 1996 Olympics she competed in judo. Now her journey might’ve ended short of the podium but the sport became a part of her life. Hillary then pushed the stop button and focused full time on judo.  She competed in the Sydney Olympics as well.

Wolf went on to marry wrestler Chris Saba  who she met while they were both training at the Olympic TRaining Center in Colorado. The pair now runs the Rocky Mountain Wrestling Club, where their two sons, 8-year-old Michael and 5-year-old Dylan, are currently training.

Nowadays Saba is going to Rio as one of the Greco-Roman wrestling coaches for team USA while Wolf and her sons will stay at home.

“I grew up doing a sport that I loved dearly and I still do, but it’s difficult to excel in a sport that’s not popular in your country,” Wolf said.

Hillary Wolf has since adopted wrestling as her sport after training with all the wrestlers in Colorado. Her sons are involved in both wrestling and judo.