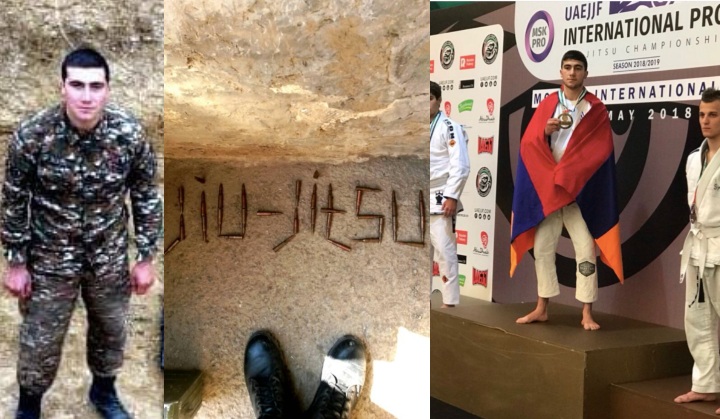 Garik Arevikyan, a 23-year-old BJJ blue belt, was killed during the Turkish-Azerbaijani attack against Artsakh, in Armenia. He was an army conscript and had great success in Brazilian jiu-jitsu competitions. He notably won the UAJJF Russia National Pro (now called AJP Tour) in Russia a few years ago at white belt.

Garik was the only son in the house, he had a sister, his mother is a teacher ․

Even when he was on the battle field, he was thinking about his love, Jiu-Jitsu: 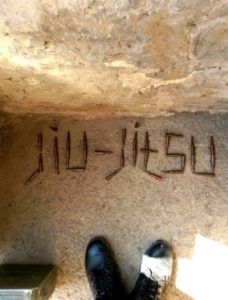 “He was very deep in Brazilian Jiu-Jitsu. He did not return from competitions without medals, as long as he participated in the competition, he took honorable places. Despite his great success, he was so modest that it was impossible not to love him. He was very friendly, he may have had many problems, but when they asked him for help, he would put aside all his difficulties and come to help “.

You deserve my best friend! Congratulations! I Wish you get all your goals and a new purple belt 🇦🇲 #jiu_jitsu_lifestyle #uaejjf#jiujitsubrasiloficial #bjj_frx#jiu_jitsu_lifestyle#jiujitsu_videos#jiu_evolution#bjjarmenia #bjj #osss #🇧🇷

“Eternal glory to you my hero, my champion, my brother!!!”

“RIP to our eternal hero, Garik Arevikyan ❤️. he had jiujitsu dreams like many of us. but when duty called. he didn’t hesitate and gave his life to defend our people and our mother land. i’m blessed to have had the honor to meet a legend and warrior like you, we will remember you forever ❤️. when will this war stop? speak up, use your platform and save these young kids dying every day.”

On 27 September 2020, serious clashes in Nagorno-Karabakh re-erupted, leading to Armenia declaring martial law and mobilization. On the same day, Azerbaijan’s Parliament declared a martial law and established curfews in several cities and regions following the clashes. In terms of casualties, the clashes were the worst since the 1994 ceasefire and caused alarm in the international community, with most international actors urging both sides to return to the table and to the United Nations Security Council condemning the resumption of hostilities.