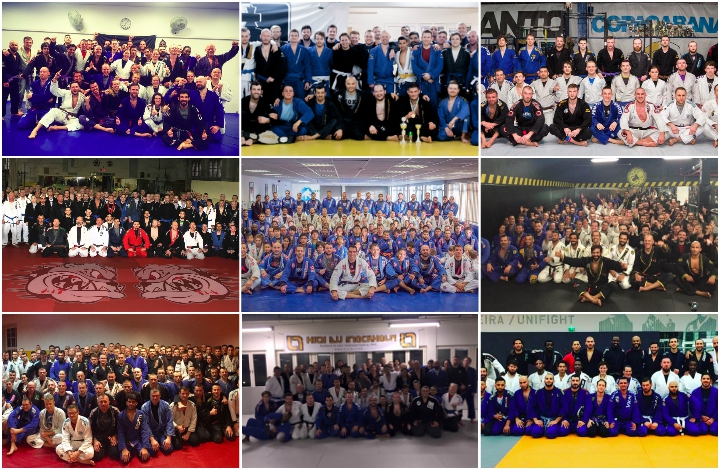 Have you ever wondered which were the best BJJ academies with the highest level in Europe? When we say highest level, we mean a combination of things: the toughest rolls, biggest number of black belts under one roof, competition success etc..

If you were to do a Euro training trip and wanted to pick the best places to train where you would roll with the best BJJ players, you may want to consider looking at this list of 20 academies that BJJEE has put together. We went to ask advice from our colleagues of BJJ Heroes, BJJ Scandinavia, Spain BJJ community, Jits.fr, black belts in Italy, France, Portugal, members of UK BJJ underground group, and the editor of BJJEE who has trained all over the Balkans,  France and the UK as well as other European countries.

Roger Gracie was asked by Flograppling’s Hywel Teague to give his opinion on which countries dominate European BJJ nowadays:

In my opinion United Kingdom is the strongest in terms of number of academies and competitors. Then I would say Poland and then France of course which has a lot of academies. They have been there for a long time. Spain and Portugal are strong. Italy is still growing. North of Europe (Scandinavia), there are a lot of academies and they’re getting very very good.

BJJEE researched which were the countries with the biggest number of BJJ black belts. The list includes all nationals of that country (plus all all their nationals that live a broad), and all foreign nationals living in that country. Compared to France (1995), The UK started relatively early in BJJ in 2001 with Chen Moraes then with Maurico Motta Gomes (Roger Gracie’s dad) but the sport grew much faster.

Poland is at number 3 in Europe with a staggering 456 black belts. BJJ is widely popular there. Read about The History, Success & Future Of Brazilian Jiu-Jitsu in Poland. Braulio Estima was asked to rate European Jiu-Jitsu a few years ago and he said that Polish BJJ was for sure among the best in Europe. “Second or third in Europe”. Sweden started in the mid to late 90’s and for a smallish country of 9,5 million inhabitants, 182 BJJ black belts proves how successful Swedish BJJ is.

Here are the top European countries for numbers of black belts:

Here are the top BJJ academies in Europe to roll in (in no particular order): 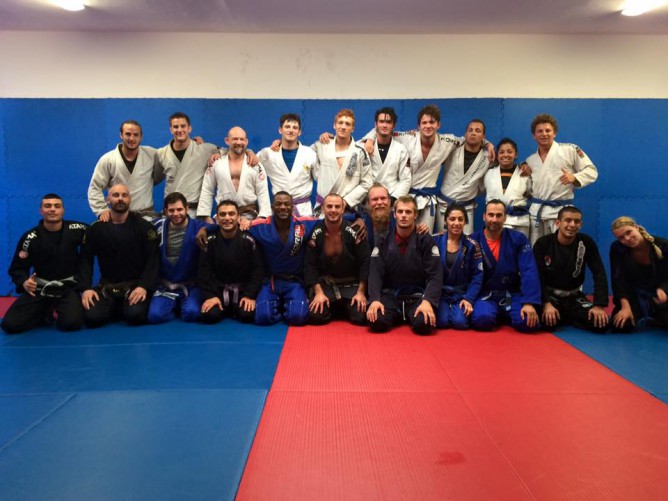 Prana Jiu Jitsu was founded by Kenta Hammarström in 2003. Prana is one of the best teams with teachers like Alan Finfou, and competitors Jimmy and Daniel Svenson, World Abu Dabi champions, Max Lindblad, Emad omran etc… 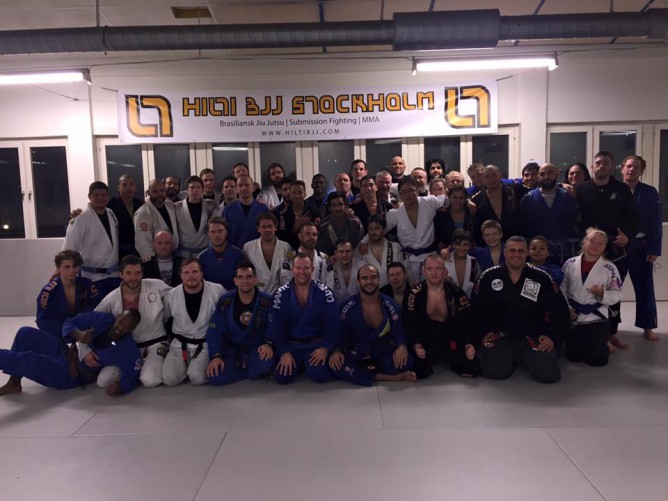 Hilti Stockholm is one of the oldest BJJ academies in Sweden and 10 years ago, was a real powerhouse. Hilti is led by accomplished black belt Marcus Windenren and a list of high level black belts.

Arte Suave Academy in Copenhagen, Denmark is one of the most successful BJJ academies in Europe in terms of competition achievements with such competitors as Alexander Trans, Ida Hansson, Shanti Abelha, Janni Larsson among others. Head trainer, Shimon Mochizuki is a key part in their success. 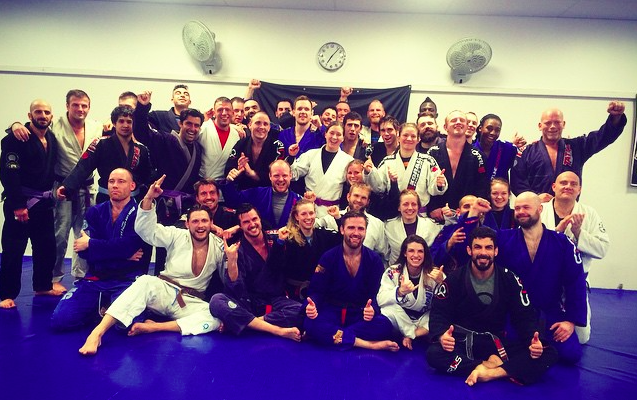 Finnfighters’ Gym, founded in 2001, is one the oldest MMA/grappling and BJJ clubs in Finland. Their fighters have competed in various international events since the beginning of modern MMA in Europe. FFG is also the home of the Legendary Finnfight, the first ever MMA events held in the Nordic region.

Le Cercle Tissier is Europe’s first ever BJJ academy, founded in 1995. They have a huge number of black belts training there everyday (around 20) and it is really a high level academy.

One of the best places to roll in France for sure. They have a huge number of tough competitors led by black belts Zakaria Arab and Matias Jardin. Very high level training. 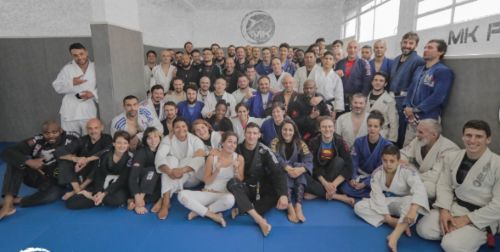 MK team was founded in 2017 by 2x black belt European masters champion Olivier Michailescau. It is an off shoot of Le Cercle academy (Mihailescau was the main instructor there) and was formaly based at Paris MMA Factory which is where UFC’s Francis Nganou trains. They now have their space that is 100% focused on Jiu-Jitsu and have multiple classes during the day with a huge number of black belts.

Berserkers team is definitely one of the best with KSW stars and Polish BJJ pioneer Piotr Baginski. They have various academies around Szezenin.

Lead by Polish BJJ Pioneers brothers Marusz and Maciej Linke they have 5 affiliates in 40 km around Szczecin with around 15+ black belts available.

One of the best teams in Poland with so many high level guys and girls to roll with. 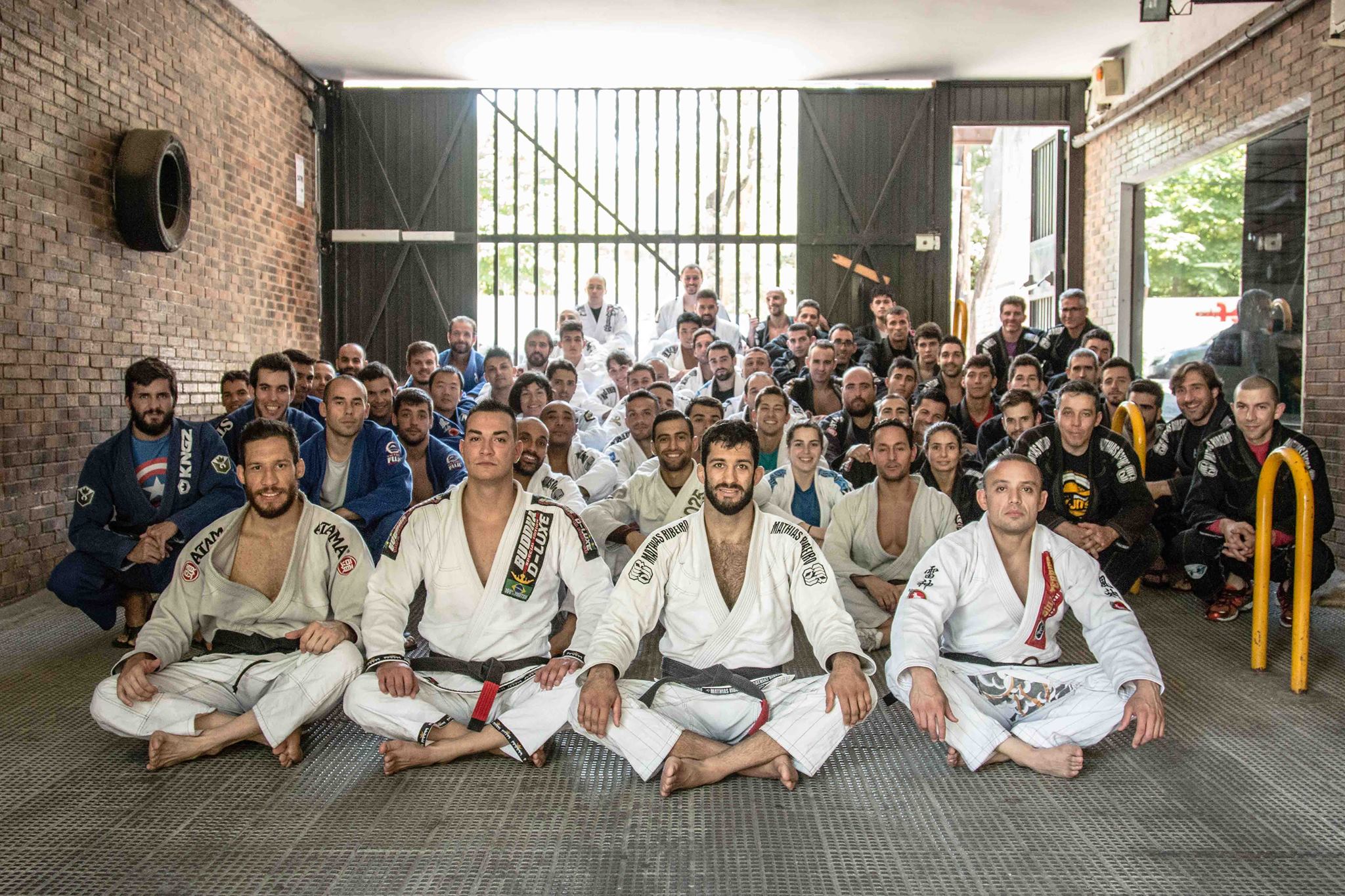 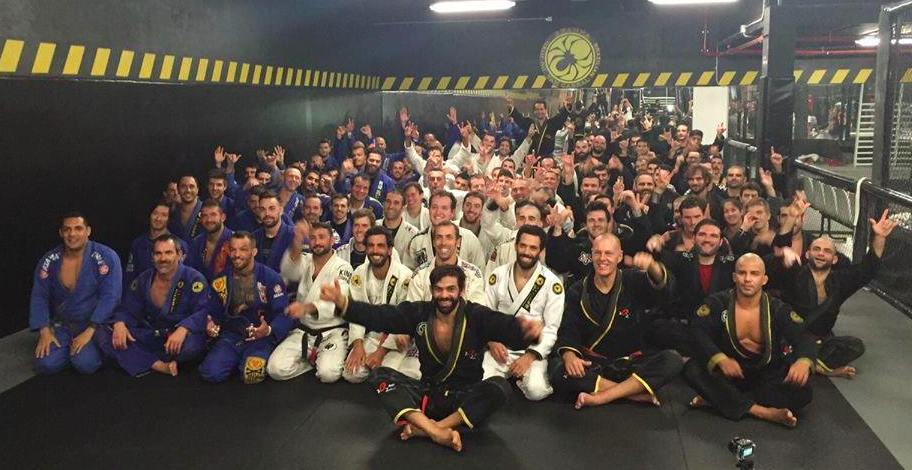 Yan Cabral, UFC fighter has lived in Europe for close to 10 years and during this time has developed a team of killers based in Barcelona and with many academies also in the South of France.

This is the famous academy lead by no other than the greatest competitor of all time, Roger Gracie (10x world champion). There are affiliate academies spread around London but the HQ is where you are sure to get the best rolls in. 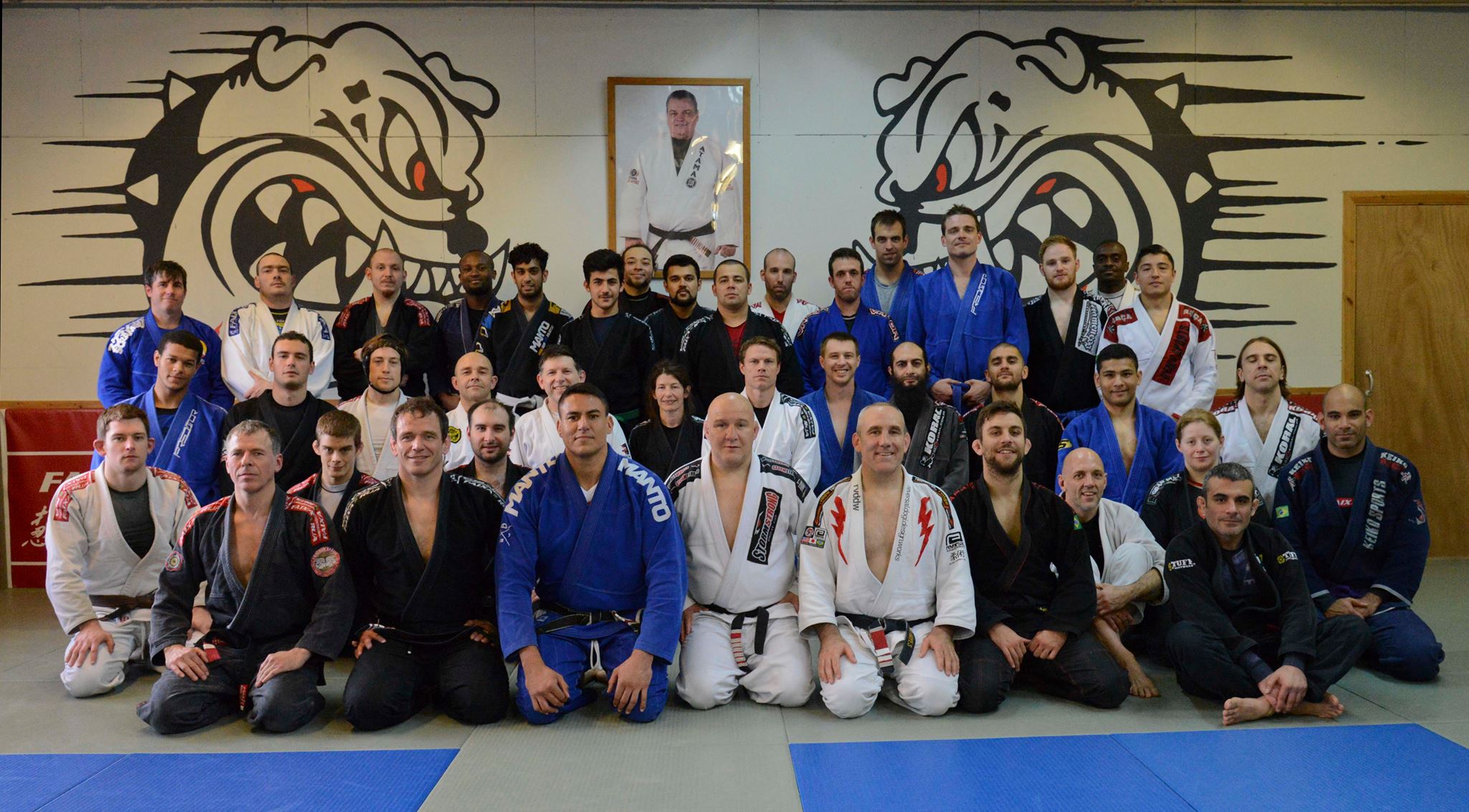 You are always sure to get some very tough rolls here and experience the smashing style that makes them so famous. Led by black belts Wilson Junior, Simon Hayes, Dickie Martin, Barnaby Gorton, they run a very competition focused team which also has some young killers.

This is the academy that was founded by Mauricio Motta Gomes (Roger Gracie’s father) and taken up by multiple times world champion Braulio Estima since the early 2000’s. Since this time, he has formed 20+ black belts. This is the best place to train outside of London for sure.

Carlson Gracie Hungary are lead by Hungarian BJJ pioneer Mihaly Sztraka and have a very strong team of of 9+ black belts and a legion of brown of purple lets. In typical Carlson Gracie style, they like a strong smashing style of Jiu-Jitsu.

This top academy is led by top black belt competitor Max Carvalho who has been in Hungary since 2005, and has a dozen black belts training under one roof. 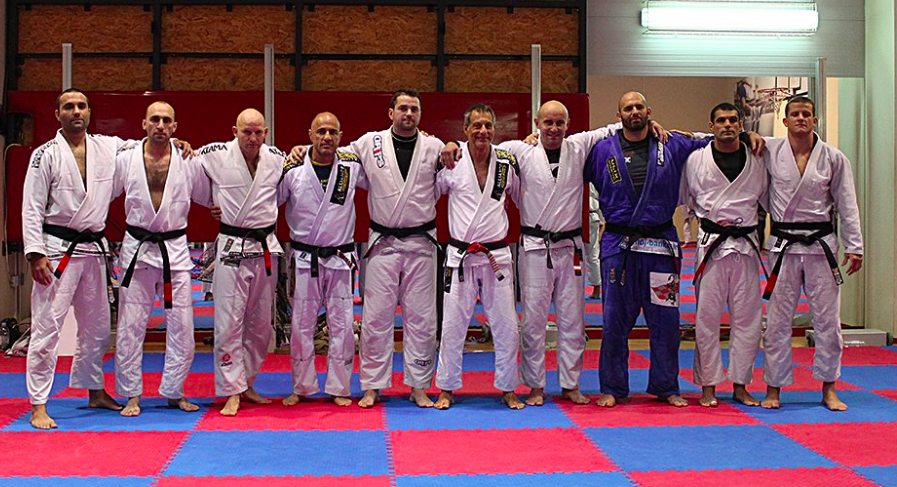 This academy has around 9 black belts training all the time, as well as some very good brown and purple belts that have edaled at the worlds, and European. For sure, the best place to roll in the Balkans. 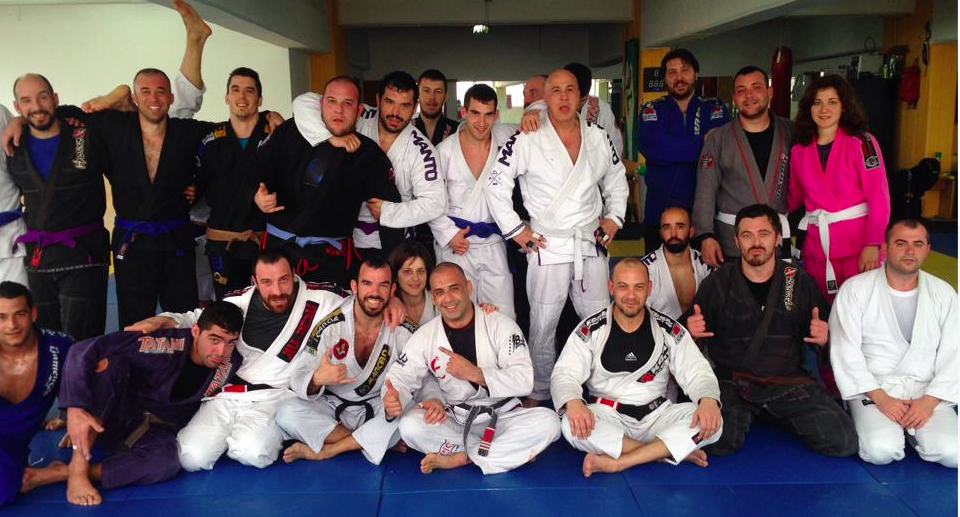