The legend is back. With two submissions in three fights, Fernando Tererê became the Master European middleweight champion of Jiu-Jitsu, held in Lisbon, Portugal. The 2x world champion overcame Portuguese Eduardo in the final.

In the first fight, Tererê needed just over three minutes to pick up the arm of Diego Moraes and force him to give three taps. With the victory, the champ went through, and after one more submission, reached the final, where he faced Eduardo Portugues, who had been training with Cobrinha – friend and former student of Tererê. Thus, the Rio native won an unprecedented career title and returned in style to international competitions. Terere also took silver in the Absolute. 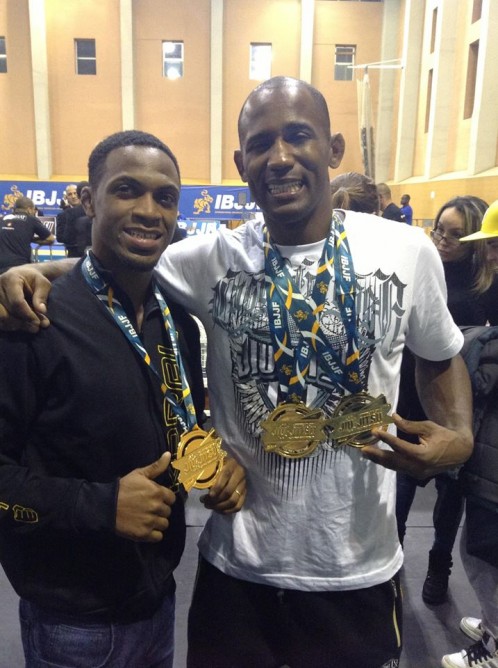 Terere with his cousin